A comprehensive list of Tony Abbott's snipes, undermines and wrecks over the past four months, as compiled by Crikey intern Alice Rennison.

Tony “no wrecking, no undermining and no sniping” Abbott has some thoughts about how perhaps the government could be run, as exhibited in his thoughts on the government’s deal with Nick Xenophon yesterday. As Crikey wrote in late November, we’re sure he is only trying to help. Conservative Senator Cory Bernardi suggested on Twitter that Abbott would “always back the horse named self-interest”, which seems mean to say when the former leader is only trying to share his wisdom and experience.

But his successor also thinks perhaps Abbott’s constant (and we mean constant) appearances in the media are not really designed to help. After Abbott suggested a five-point plan for Malcolm Turnbull’s government at the end of February, the following Newspoll showed Labor leading the Coalition 55-45. Turnbull said Abbott’s comments had his “desired impact on Newspoll, it was exactly as predicted and calculated” and that Abbott “knew exactly what he was doing”.

In the latest Newspoll, the Coalition has recovered a little, to 53 to 47. But Abbott just keeps going. Herewith, all of the times Tony Abbott has maybe sniped, wrecked or undermined the Liberal Party just a little bit since our last count in late November.

December 4, 2016. Tony Abbott wrote on Facebook that the government scrapping the Green Army, a conservation program for unemployed 15- to 24-year-olds, “would hardly be a smart move for a centre-right government”. Abbott also wrote: “it’s a bad principle to axe your own policy for the Greens policy because it means that their priorities are more important than ours”.

December 14, 2016. Abbott talked to Sydney radio station 2GB about the disability support pension (DSP), saying that: “we were far too ready to put people on the DSP, with bad backs, a bit of depression and so on. These are not permanent conditions.”

In the interview Abbott also talked about employment, saying that people were turning down jobs because they did not want them.

December 29, 2016. Abbott wrote in The Spectator Australia that “Australia should cut our $40 million a year in aid to the Palestinian Authority while it keeps paying pensions to terrorists and their families”.

Australia currently gives more than $40 million in aid to Palestine. It goes to the United Nations and other organisations for basic services such as health, education, water and sanitation, according to The Guardian.

Abbott also wrote in the article that “another way for Australia to demonstrate its unswerving support for Israel … might be to join any move by the Trump administration to move its embassy to Jerusalem”. Labor MP Michael Danby was very supportive of that possibility, though he did say: “Many people would have the feeling that it’s sort of an attempt to have a shot at his rival, the Prime Minister.”

Bernardi responded via Twitter saying “while most on break only person talking up division in Lib Party this past week is @TonyAbbottMHR always back the horse named self-interest.”

Abbott again encouraged Liberals to remain in the party in an editorial for The Australian, saying: “I am very anxious about the possibility of a new conservative party because the absolute lesson of Australian history is that division on the conservative side of politics just helps Labor.”

January 19, 2017. Malcolm Turnbull attacked Tony Abbott’s cabinet style, saying that Arthur Sinodinos, who was promoted to the Industry, Innovation and Science portfolio, restored order to the cabinet. In response Abbott told South Australian reporters that claims that cabinet processes needed to be improved when he lost office were “absolutely false”.

“It was a very good government.”

January 30, 2017. Abbott warned Young Liberals at a Young Liberal conference that energy was becoming less reliable and more expensive because the Turnbull government was making it “harder and harder” to use coal and gas through the Renewable Energy Target.

Abbott also said “our first big fight this year must be to stop any further mandatory use of renewable power”.

February 5, 2017. Abbott discussed same-sex marriage with Fairfax, saying: “Malcolm Turnbull made a clear election commitment that the marriage law would only change by way of people’s plebiscite, not free vote of the parliament.”

“I’m sure he’ll honour that commitment. This isn’t about same-sex marriage, it’s about keeping faith with the people.”

February 7, 2017. After Bernardi finally jumped, Abbott wrote on Facebook: “Cory Bernardi has made an important contribution to our public life and I deeply regret his decision to leave the Liberal party.”

“While Cory and I have sometimes disagreed I’m disappointed that more effort has not been made to keep our party united,” he wrote.

February 23, 2017. At the book launch for Making Australia Right, Abbott listed a five-point plan to get the Liberal Party back on track. Initiatives included cutting the Renewable Energy Target; cutting immigration to make housing more affordable; “scrap[ing] the Human Rights Commission, to stop official bullying”; stopping all new spending, “to end ripping off our grandkids”; and reforming the Senate “to have government, not gridlock”.

Abbott also spoke to Sky News after the book launch saying that as former party leader he had a duty to ensure that the Liberal Party stayed “on the right track”.

March 24, 2017. “Keeping Hazelwood open would be a good way for Prime Minister Turnbull to show that energy policy in Australia won’t be hijacked by ideological fixations in France,” wrote Abbott for the Herald Sun.

Abbott argued that the French “socialist” government wanted to boast about closing down one of the world’s “dirtiest” power station, as the French government part-owns Engie, which part-owns Hazelwood.

Abbott also wrote that the dream of “clean, green” wind and solar power over “dirty, dangerous” coal had “led us to the verge of catastrophe”.

March 31, 2017. Abbott made public the Department of Prime Minister and Cabinet briefing note he was given as prime minister on whether Australia should ratify the extradition treaty with China. Abbott told The Daily Telegraph “it recommended that there be no move towards ratification mostly because of the problems with the Chinese legal system”.

But senior government sources claimed in The Daily Telegraph that Abbott didn’t make it clear to China that Australia did not intend to ratify the treaty.

April 3, 2017. Abbott admitted he had not read the details of the deal with Nick Xenophon to pass part of the government’s company tax cut, but that did not stop him from running his mouth: “I haven’t had a chance to look at the details of what was agreed with Senator Xenophon but I do want to make this point you should never agree to do something which is wrong to get something which is right,” he declared during the annual Pollie Pedal. 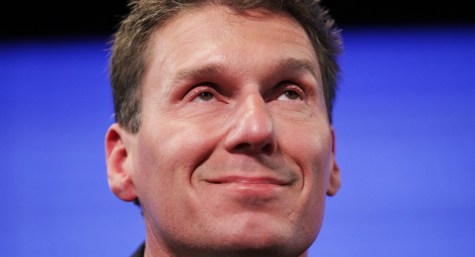 Some cynics see Tony rAbbott doings as breathtakingly peddled in the MSM as just “click bait”.

The thing with Abbott is that he can’t see that he has “Stupid” written across his forehead even when he looks at it in the mirror every morning. Poor man!, just doesn’t get the fact that if Australia, had any more of his type of “government,” with Joe Hockey (keeping in mind that a large part of his electorate was light industrial office blocks/also RNSH , with no real residents to really represent, cushy gig if you can get it) as treasurer, always seemed to have that look on his face that if you asked him to count up to more than 10, he wouldn’t know which well designed shoe he’d take off first, last but not least Morrison & Julie Bishop, et al, they would have driven the country completely into the ground, as it is Turnbull is stuck with Abbott’s continued gaffe’s, not surprising to see that Hockey was sent overseas, to hopefully minimise the fall out from the governments asinine, “policies & tough budget “, baha!! I do wonder if Abbott’s continued nonsense, is existing in an echo chamber, where a the percentage of people that do take notice, either do for comedic value or to use him as an example of how a previous leader really needs to be retired off to some cushy board position, or somewhere he can’t be heard from on too regular a basis.

Given his supreme hypocrisy, self delusion & viciousness, I wonder why he didn’t stay in the seminary. He did mention the celibacy thangy but, as he is a consummate liar, I don’t even believe that.

Abbott should be put a plane to North Korea and put his wife on as well that would really upset him.