A student newspaper editor has quit. Nbd, right? Ah, but because he quit to stand by his libertarian principles, he has found quite a few allies in the all-grown-up press.

There really is no culture war too small for The Australian. The self-appointed defender of free speech and common sense threw its support behind a uni newspaper editor over the weekend with a front-page exclusive about his “ousting” from the role because of left-wing ideology.

The “hard-news aficionado” Joske had hoped to see more news-breaking at the paper, but he had no allies “in trying to promote professional journalism”, The Weekend Australian reported.

According to the Oz, the tipping point for Joske was an upcoming ethno-cultural issue, which would only publish contributions from “ethnocultural self-identifying students”. Not to lose an opportunity to bring up The Australian‘s favourite topic, the story says there are “some parallels with the storm raging in federal politics about the Coalition’s attempt to change section 18C of the Racial Discrimination Act”.

The paper wrote: “Joske quit; he was not going to start selecting reporters on the basis of race designated by the editorial board as acceptable.”

In a post to Facebook, Joske said the politics of the role had curtailed his own investigative work.

“Entering the editorial board, I had high hopes that the reforms I was passionate about would be considered and implemented. But after many incidents, particularly a case where I was told by the editor-in-chief that she would rather not publish a set of articles than publish articles written by white men, it quickly became clear that my understanding of journalism and diversity was fundamentally different from theirs. Although I’m not sure whether their understanding of journalism is shared by any professional journalists.”

Predictably, Andrew Bolt blogged his support on Saturday morning for the “brave students fighting the new racism of the identity-politics Left”. — Emily Watkins

Despite print’s so-called death, one newspaper continues to grow 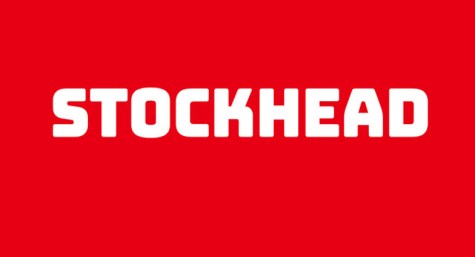 ‘You can’t call it journalism’: business reporting takes a turn for the convenient

Never underestimate the petty levels conservatives will happily sink to, in order to push their own agenda – in this case, 18C.

Where were the free journalism, right wing warriors fiercely opposing Brandis at the time he introduced the metadata legislation? This legislation initially demanded journalists reveal their sources in certain security scenarios, without stepping through any government official or judicial controls. This was later amended quietly to requiring some form of judicial or official control to issue a warrant.

As for the media or mainstream journalists seeking to challenge our fierce laws on defamation that inhibit free speech, forget about. Too many wealthy elite are too happy with the protection it delivers. Conservatives have a history of only challenging free speech where it suits their own interests.

Another day, another example of how neither side of this ‘debate’ is behaving rationally.