The Tasmanian senator has found a new avenue to criticise public servants and departments who show public acceptance of LGBTI people.

Senator Eric Abetz really has a fixation with rainbow flags and participation in Mardi Gras by public servants, tabling questions to the Treasurer and Minister for Foreign Affairs last week asking just how much the Australian Prudential Regulation Authority (APRA), the Reserve Bank of Australia, ASIC and the Department of Foreign Affairs and Trade spent on organsing their floats, and if staff costs in travelling to Sydney were also covered by the respective departments and agencies.

He also asked: “is the Department aware that the organisers of the parade have made political statements criticising the Prime Minister and banned him from the parade”? Mardi Gras organisers did not actually “ban” Turnbull from attending, so we imagine the department was not aware. Turnbull did not attend the parade, as he had to wash his hair that night, but Opposition Leader Bill Shorten and deputy Tanya Plibersek were there. 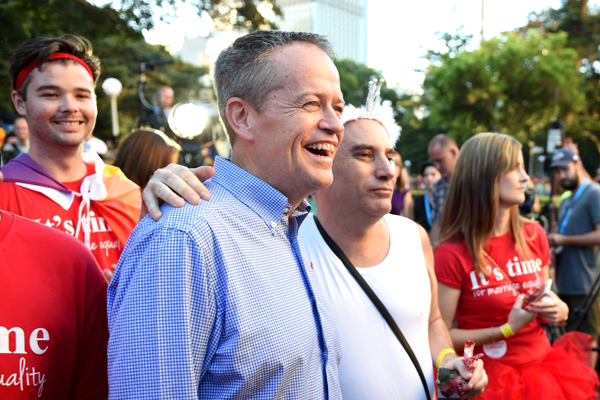 Fairfax’s CBD column has the costs for ASIC, which was proud of its “rainbow regulators”‘ participation. The organisation spent a whopping $511 — for T-shirts.

What about a flag depicting tan(x) from 0<x<2pi highlighting the asymptotes in rainbow colours at pi/2 and 3pi/2 ?