Sexual assault, out. Racism, out. Are the times a-changin’ at Fox News?

Is Fox News going from a company that encourages racism to one that fires people for engaging in it too enthusiastically?

The firing of a long-time female Fox News employee over racist remarks tells us that things may be changing at fortress Murdoch. Judy Slater was fired after an internal investigation over racist comments she made to colleagues. Slater had been with the network for almost 20 years.

Since last July, Fox (i.e. the Murdochs) has also signed off on the firing of long-time Fox News channel head Roger Ailes over sexual harassment claims from a reported 20-plus full- and part-time female employees.

Then, two weeks ago, Fox suspended indefinitely a Fox News commentator, Andrew Napolitano, who claimed President Barack Obama had had Donald Trump’s campaign tapped by using British intelligence to do the spying. That was immediately rejected by the UK spy group, the GCHQ, the office of Prime Minister Theresa May and several former spooks. Trump’s spokesman also tried to make the link, eventually forcing Fox, through 7pm host Shepard Smith, to state that Fox had “no evidence” that Trump had ever been under surveillance.

There is an increasing number of analysts who feel that suspension was made to try and offset the potential damage Napolitano’s comments and Trump’s endorsement of them might have on 21st Century’s US$18 billion mop-up bid for total control of Sky, the UK’s biggest commercial media group and a major pan-European TV broadcaster.

Then last week in a striking development, The Wall Street Journal blasted Trump and his conduct, likening him to a “drunk”. After being close to Trump since his campaign, the editorial was a significant change of heart.

Could it be that it is no longer permissible within the Murdoch empire to sexually harass employees, abuse them racially and tell fibs on the air? Commentators working at the Australian outlets, you’ve been warned. — Glenn Dyer

What Ailes the Murdochs 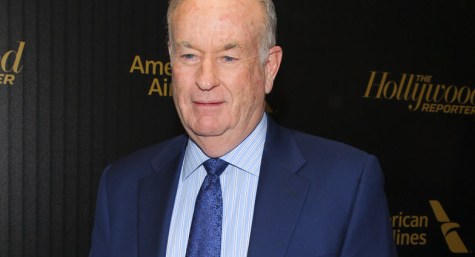 “Could it be that it is no longer permissible within the Murdoch empire to sexually harass employees, abuse them racially and tell fibs on the air?”
Far more likely that Rupert smells the increasing stench around Trump, as that of a loser.
Murdoch has always been quite happy to change horses when he senses the tide is turning.

So the Muppets are going to have to get used to a whole new set of rules…..?

It may be that mudorc’s hideous spawn are flexing their muscles in preparation for the Great Day that the evil old bastard pops his clogs.
Loathsome as they are they may be slightly more aware of current mores though, as Paddy notes, the mudorc hizownself never hesitates to cut adrift those bosom buddies & proteges once he perceives them to be losers or a liability the god he worships, Mammon.