Ipswich might only have four seats but it will be a major battleground at the next Queensland state election. It is the home of One Nation, where Senator Pauline Hanson won in the Ipswich-based federal seat of Oxley in 1996. The new electoral margins that are being calculated for the next poll, which is set to be held in 2018, but could be held earlier, are deceptive in places like Ipswich, where One Nation has a history of polling strongly. Ipswich is a city to Brisbane’s west, and if One Nation bumps the LNP off the two-party-preferred count in any of these seats, Labor are at risk of losing them after LNP preferences flow. It’s a matter of watching the polling in these seats leading into the election to get a sense of which two final parties will be in the count. If Labor and LNP are the final two parties in the count, I expect Labor will hold Ipswich, Ipswich West and Bundamba, while gaining Jordan. Bundamba is especially unlikely to be lost by Labor. On the face of it, the new Ipswich-based seat of Jordan looks to be notionally Labor, as it takes in traditionally Labor-friendly territory. As a bellwether One Nation area, Ipswich is an important region to watch on election night for early signs of One Nation’s statewide success or failure. Remember I’m using Antony Green’s new margins as the basis for these calculations.

There’s basically no change to boundaries at the 2015 state election for Ipswich West, which takes in several thousand voters from Yamanto, formerly in the seat of Ipswich. Taking into account increased Queensland Greens flows, I have it down as Labor with a margin of 11.4%. The premier has made it clear she wants all existing Labor MPs preselected again so current MP Jim Madden will be the candidate.

Again, no exciting changes but it takes in a few hundred voters from the seat of Lockyer. Taking into account increased Queensland Greens flows, I have it down as Labor with a margin of 18.1%. Current MP Jennifer Howard will be the candidate.

Bundamba has had a significant portion transferred to its neighbouring seat of Jordan — most notably, the greater Springfield area. Taking into account increased Queensland Greens flows, I have it down as Labor with a margin of 28.8%. When Premier Palaszczuk moved to head off messy preselection challenges to sitting MPs, Bundamba was at the forefront of her mind.

We’ve previously reported on the possible moves to oust controversial and gaffe-prone sitting Bundamba MP Jo-Ann Miller. There is a strong sense within the party that power brokers may defy the premier in this one instance — such is the animosity of some important people toward her.

Jo-Ann Miller has been fighting an aggressive rearguard action in the press lately, with CFMEU Mining and Energy Division’s Andrew Vickers strongly and aggressively backing her. If Queensland Labor Left resolves to challenge her candidacy, I am led to believe they will have the numbers. High-profile former federal candidate Nick Thompson is backed by the CFMEU and is floated as a popular possible replacement for Miller. The jury is out on whether Jo-Ann Miller would contest Bundamba as an independent if ousted.

One of the four entirely new seats in this statewide redistribution, it takes in parts of what used to be the seats of Bundamba, Inala and Lockyer. Its major voting centre revolves around the Redbank Plains and greater Springfield area. Taking into account increased Queensland Greens flows, I have it down as notionally Labor with a margin of 15.7%. Nick Thompson has Jordan as an option if Queensland Labor Left decide not to challenge Jo-Ann Miller in Bundamba. Thompson is a member of the Redbank Plains Branch. 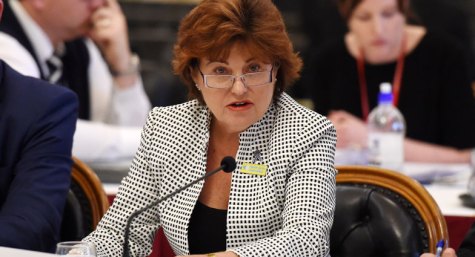 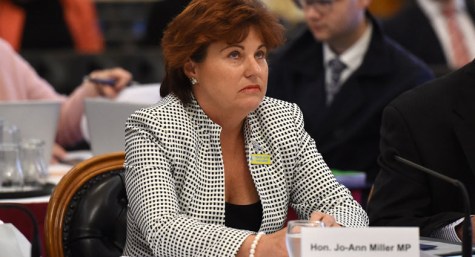 Crikey, Crikey, does your left hand not know what your far right hand is doing?
Above there is an excellent piece by Bernard Keane commenting on the importance of the “oxygen of publicity” and then there are TWO items on that very minor party, One Nation.