CIA documents leaked via WikiLeaks, called "Dark Matter", reveal that members of the CIA are, apparently, big fans of Doctor Who.

WikiLeaks prides itself on its ability to reveal the embarrassing secrets of international governments the world over. That noble aim took on a slightly different meaning yesterday when they put out “Dark Matter”, which reveals that members of the CIA are, apparently, big fans of Doctor Who. The vault of documents contains information concerning for a range of CIA projects, mostly hacks and viruses — one was named “Night Skies” after a never produced sequel to Close Encounters of the Third Kind and another was called “Sonic Screwdriver”, after Doctor Who’s famously versatile tool. A previous release showed the program that could turn smart TVs into surveillance tools was called “weeping angel”, another Doctor Who reference. According to the documents, the Screwdriver is a way to implant code on a Mac while it boots up. 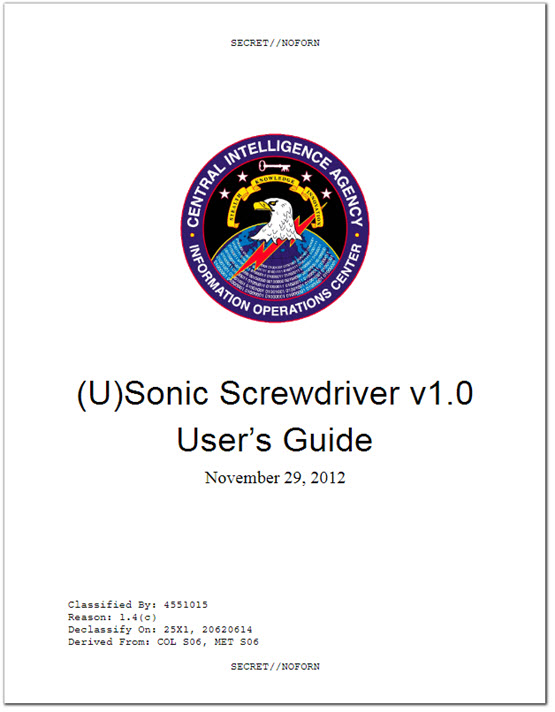 In that case some well-intentioned micro-film muncher from the Company should sonic the President’s toupee. The combination of nylon and petro-chemical by-product dyes should combust quite nicely. A bald and blackened President Skunk would be just the ticket for a depressed galactic community. And for Whovians there’d be the added thrill of having him look just like the Master in the Fourth Doctor episodes, “The Deadly Assassin” and “The Keeper of Traken”.