Former Prime Minister Tony Abbott's last-minute call for Hazelwood to stay open is not backed by anybody with any knowledge of issues at the plant.

Former prime minister Tony Abbott’s last-minute intervention to argue against the shutting down of the Hazelwood power plant defies the realities of the closure of the coal-fired station.

Hazelwood’s long-planned closure begins next Monday, as boilers in the plant begin to be shut down. It comes in the middle of a huge fight between industry, and federal and state governments over energy supply. Hazelwood, in Gippsland’s Latrobe Valley, supplies up to 22% of Victoria’s energy and 5% of the country’s power. There are concerns from industry groups and some federal politicians that the shutdown of Hazelwood will lead to energy shortages in Victoria.

In an opinion piece in the Herald Sun today, the former prime minister called for the federal government to fork out millions in taxpayers’ money to keep Hazelwood open until “equally cost-effective and reliable alternative supplies can be established”.

“Keeping Hazelwood open would be a good way for Prime Minister Malcolm Turnbull to show that energy policy in Australia won’t be hijacked by ideological fixations in France.”

Abbott claimed that one of the factors in the closure was the French government utility ENGIE — part owner of Hazelwood — wanting to close down dirty power stations.

This claim was denied by ENGIE Australia CEO Alex Keisser on ABC’s RN Breakfast this morning.

“It’s absolutely not related to ENGIE getting out of coal generation,” he said.

“The decision to take the plant out was purely linked to a commercial decision … We’ve looked at all the technical alternatives, and we came to this decision.”

Keisser said many millions of dollars would need to be invested in Hazelwood — which was initially built in the late 1960s and early 1970s — to keep the plant safe. It has been estimated up to $400 million would be needed, but Keisser said neither the Victorian government or Federal government had approached the company about investing to keep the plant open.

“We would need to act very quickly. We would need at least $150 million to do the work required by July to keep the plant safe,” Keisser said.

Hazelwood’s safety issues have been well-known, and widely reported in recent months. If the power station remained open with government intervention, it would face a quick turnaround to replace equipment to meet requirements set by WorkSafe last year.

Keisser said that an intervention at this late a stage could not prevent the closure of the plant, and it was very difficult for the community and workers facing redundancy to have politicians intervening, and attempting to save it, at this late a stage.

Keisser says redundancies will commence at the end of this month, with 135 workers retained — 110 of those being contractors. Crikey understands that maintenance work which would have been done if the plant was running as normal hasn’t happened since the announcement in November of the planned shutdown. This means that a last minute intervention would require much more work around maintenance than simply just stopping switching off the boilers next week.

Abbott’s intervention did have one benefit for the government, however. It has forced the prime minister to change his rhetoric on Hazelwood. In question time on Monday, Turnbull said that the Victorian Labor government had “proceeded to allow the closure of Hazelwood”. On Friday morning, however, the prime minister admitted that the decision to close the plant was ultimately a commercial decision for the owner.

“The answer is that the Hazelwood closure is a commercial decision taken by its owner, ENGIE,” he said.

“It is one of the oldest — it is the oldest, in fact, in Australia. And it has been slated for closure for many, many years. The company has decided to close it because the cost of making it safe — the cost of paying for the long-deferred maintenance and to meet work safety requirements — runs into many hundreds of millions of dollars, even to keep it operating after June 30. So, that’s the reason for the commercial decision.”

The Australian Energy Market Operator (AEMO) stated today that neither the national nor Victorian energy systems would be compromised by the closure of Hazelwood. Because resources in both markets are not yet operating at their full capacity, AEMO has ensured there will be enough supply to exceed the 1600 megawatts capacity of Hazelwood. 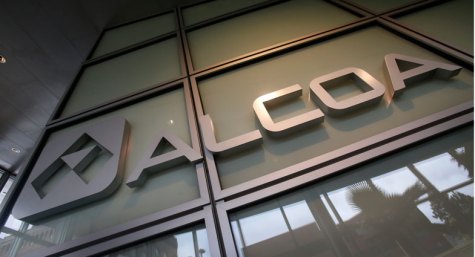 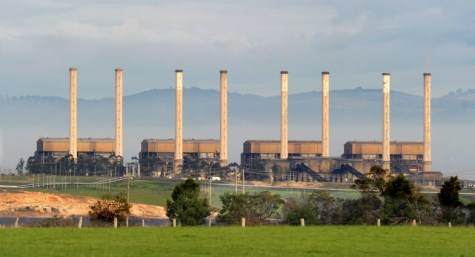 Abbott denying reality, nothing has changed. The man is a troglodyte, let’s accept that and move on.

Abbott is a very unwelcome mosquito whining in when we least want it.
But credit to Josh’s journalism on the point that the Abbott whine, based on unreality and lies as it inevitably would be, did at least force a small skerrick of honesty from Turnbull.
A real rarity from Malcolm, as he shifted from an ‘All Labor’s Fault’ distortion on Monday to a real detailing of the situation on Friday to isolate Abbott.
And the last para is a clincher.
AEMO says there is capacity in the system, but that doesn’t mean it will be delivered. In Australia, unlike elsewhere, there is evidently no rule saying generators have to generate to fill the demand.
No service guarantee, and as the market power of gas increases (and will again with the closure of Hazelwood), in this and other ways the gas generators are clearly gaming the system. Holding back supply means higher prices – they sell less, but make more.
Even AEMO says the system needs reform e.g. on the way wholesale prices are set every 1/2 hour.
But there is zero response from Turnbull to this urgent need for market rules to be updated with changing generation. The system is broken, but Turnbull denies it by omission, although he would be aware of the real problems.
But like lying that Hazelwood’s closure was due to Victorian Labor when he proved a few days later that he knew it wasn’t, he and Frydenberg deliberately deny the real market problems.
This way they try on the game of blaming renewable energy, and Labor state governments. They welcome chaos in SA where the gas generators do not fully generate creating a fake ‘shortage’. AEMO can’t force them to deliver, so has to shed load, causing problems.
Joining with their media on this in Murdoch, the ABC etc, they are clearly getting away with serious inaction on what is actually needed, knowingly, and for grubby reasons.
Turnbull may be compromised, and is clearly acting against what he knows, but he should be as condemned as Abbott for his different version of bullshit.

Poor bugger, this is what happens when you get punched around the ring once too often.

Whatever the cause, he should start a new ‘Simple Minded’ party.

Dion – I think Klewi meant the Abbotrocity from his daze as a failed pugilist in Oxford.
A reporter for the local paper covered one of his bouts and commented on “his unusual boxing technique of stopping blows with his face”.

Earning an Oxford black and blue.

Why does no one ever mention that it was coal fired power that let Alcoa (in Portland) down so disastrously?
Abbott has really, well mostly, only shot this one across turnbull’s bows for his usual reasons.