One Nation Senator Malcolm Roberts is very concerned about the prosecution of Christians in south-east Queensland.

Matters of Public Importance are debated every day the Senate sits at around 4pm and the topic is chosen by whichever senator wins the draw on that day. Yesterday, One Nation Senator Malcolm Roberts had heads scratching when he said his topic would be the “prosecution” of Christians in south-east Queensland. Roberts later confirmed his speech was regarding the proselytising activities of a group of preachers in Brisbane and the Sunshine Coast called Operation 513. As Roberts describes them:

“Street preachers, from what I have seen, assemble in spots like Brisbane’s Queen Street Mall — maybe five to 10 preachers. Sometimes they are Jehovah’s Witnesses or Mormons; at other times they are a range of other denominations. They set up a little table, place the holy Scripture on it and talk to people who come by. Sometimes they may give a little talk, using a microphone. They talk about Jesus, just as in the same way we use the words of Jesus when we open with prayer in this chamber every day.

“On occasions, they may provide literature about the healing, forgiveness and love of Christianity, and on how to obtain help if you are in need of support.”

Those in the area know this group as serial pests who harass passers-by. As Greens senator Nick McKim said yesterday of one of the men, George Youssef:

“They said he was vilifying gay people. He was causing anxiety. He was disrupting the trade of businesses. This was on 4 December last year. Police have also said that he told those who were intoxicated and celebrating the second week of schoolies that they would ‘go to hell for being drunk, for being Muslim, for being Buddhist and for having sex outside wedlock’. This is a guy who was standing there abusing schoolies and suggesting that they would go to hell for fornicating outside wedlock”

Indeed, one of the men named by Roberts in parliament yesterday as being a prosecuted Christian, Ryan Hemelaar, has a history of clashing with gay rights campaigners. He can be seen in images in a Fairfax article from 2011 wearing an Operation 513 T-shirt while clashing with marriage equality advocates in Brisbane. On the Operation 513 website, Hemelaar reports he has told people on the street supporting same-sex marriage that gay people should just refrain from acting on their sexuality. 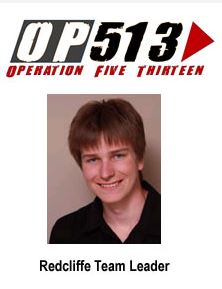 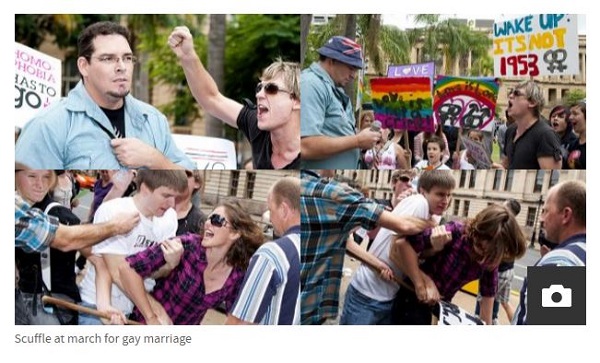 “One of the preachers is Ryan Hemelaar, who is a most unassuming gentleman — polite, amenable and kind. He has been fined by Brisbane City Council for such things as handing out written material, using an amplifier and placing an A-frame sign with a bible verse on it,” Roberts said yesterday.

Both left and right miss the point in Folau furore

‘The Christians had nothing’: refugees, safe but weary, prepare for a Christmas far from home