It could almost be classified as a sport, at this point.

The Daily Telegraph‘s Sharri Markson has gone hard on Australian Human Rights Commission president Gillian Triggs for the gall of speaking at the seventh annual Hobart Oration at the end of this month, an event put on by the Bob Brown Foundation. 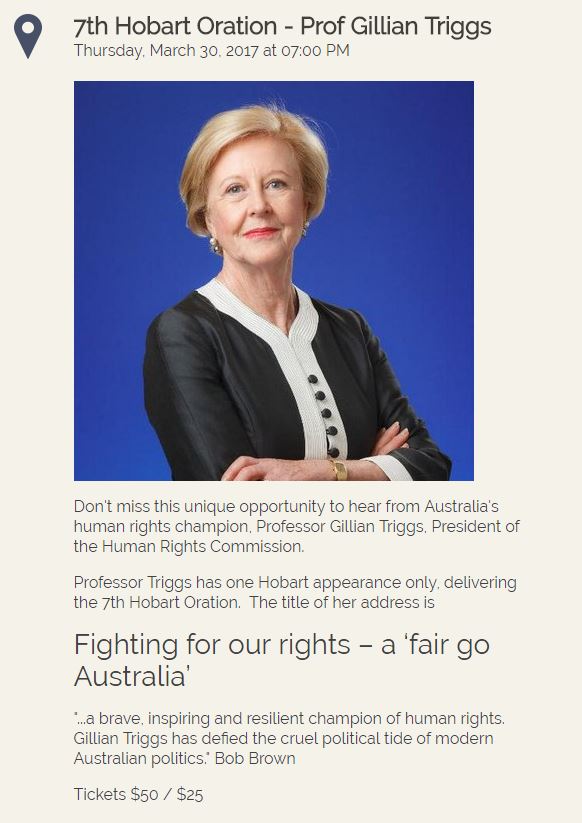 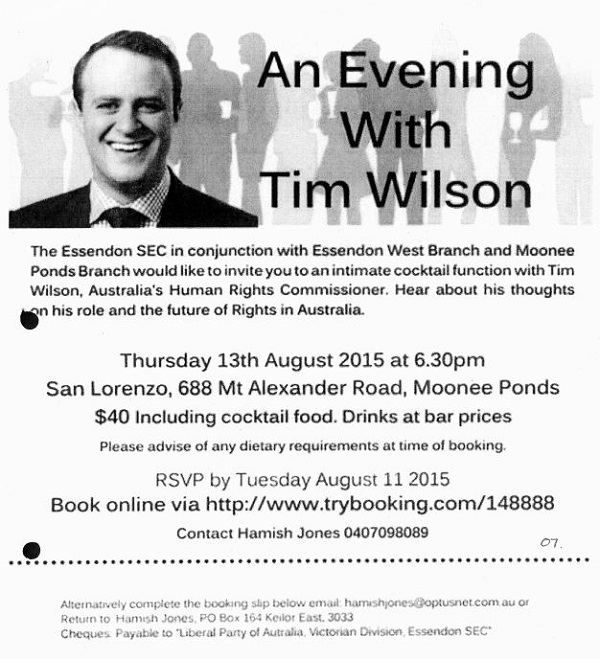 ‘Fighting for our rights, a fair go’ . Well I can actually see why the conservative whiners are up in arms about this sort of rabble rousing nonsense …. don’t ever give the peasant ideas above their station

EricA bouncing off Sharri Markson and The Australian running follow-up stories from the Tele. What a slimy, stagnant and unctuous little puddle of mudskippers.

To paraphrase Paul Keating -Never stand between the Libs and petty double standards. No level of petty is too low. Tim Wilson as Human Rights Commissioner addresses LNP fund raisers, and not a whimper from the LNP or compliant media. When Gillian Triggs addresses a non fund raising, non political party forum, it’s suddenly objectionable. Dutton needs topull his head in and busy himself in his own ministerial portfolio more, heaven knows we could do with some better outcomes from him.

Brown would know better than most just what a gutter rag LNP propaganda organ the Terrograph is.

When did Australian politics get so nasty, personal and down and very dirty. Do we not elect these people on the basis that they will do their very best for the people and the country? I’m sick and fed up of listening to them both in and out of the parliament, scoring points as to who wins, such bad childish behaviour. Well we all know who loses don’t we, the country and its people.