Like many parties, the Liberal Party's membership is on the decline. Are the barriers to entry too high, and the returns on investment too low? Josh Taylor and Bernard Keane report.

Prime Minister Malcolm Turnbull wants Australia to be agile and innovative, but his own branch of the Liberal Party still forces new members to fill out a paper form to join. And it seems fewer and fewer people are doing it.

Since at least John Howard’s autobiography, the Liberal Party has been warned that its membership — like all major parties’ membership — was on the decline. It has been for decades. While Labor still has its union base to fall back on, the Liberals have no similar buffer. In his review of the Liberals’ 2010 election campaign, party elder Peter Reith warned that without maintaining a membership base, the Liberals would not maintain relevance and representative character. Reith wrote:

“The state of our membership is not a new issue, but we seem to keep putting the issue to one side. And we do not just need more people; we need the people who are active in our community; on school committees; in hospitals, in young professional organisations, local government and small business.”

Julian Leeser, before he was the Liberal MP for Berowra, reviewed the Tasmanian 2010 election result and concluded that the ageing demographic of the Liberal Party’s voter base, in all divisions, was a “festering” issue.

“The branches that used to support basic campaigning activity such as door-knocking and booth-manning have aged and are no longer capable of such support across the state.”

Leeser noted it was particularly an issue in Tasmania. In the July 2016 federal election, the Liberals were all but wiped out, with one of the few remaining, Eric Abetz, blaming GetUp out-campaigning — among other things — the Liberals in the state.

The exact number of Liberal Party members at the moment are a closely guarded secret. Crikey asked the federal party for figures, but unsurprisingly, we did not hear back. In 2013, it was estimated at being between 40,000 and 50,000.

Aside from the lack of engagement issues, the Liberal Party branches of Western Australia and New South Wales still make it quite difficult to join the party, compared to other branches and parties. Online membership forms for the other branches make it very easy for new members to sign up, and the newer parties, being small and agile, also make it very easy to join. One Nation, for example, has a single website to join, and just a $45 membership fee (or $25 in Tasmania). Cory Bernardi’s Australian Conservatives party also has a simple online form and just a $25 membership fee. If you manage to sign up to the Liberals, the fees vary wildly across the states. Some are as low as $35 for Young Liberals, up to well over $100 and more if you want to become a lifetime member.

The decline in membership numbers means those in the Liberal Party skew far more to the right than the general public. In a recent press release, LNP MP George Christensen (although technically a National) noted that while section 18C of the Racial Discrimination Act wasn’t considered a major issue for most people, it was something always brought up at branch meetings and by members of the party.

Some within the party, such as Tony Abbott and Howard, see the solution to declining memberships being plebiscites, which would allow party members to directly choose the local candidates, rather than the current complex factional wars going on across the branches fighting over which candidate is selected. 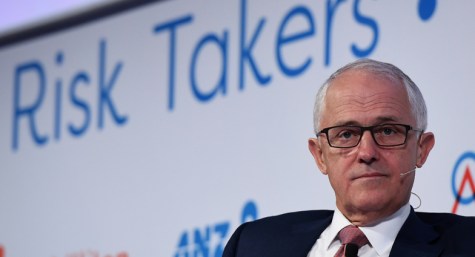 The endless search for the Liberal Party Messiah

Or guys would you want to be a member of a party that had deadheads like Reith, Abbott and co in it? The people are a lot more forward looking than the Liberals (once it was the opposite)

This is the prooblem with a party whose entire philosophy now seems to be Entrenchment of Privilege. Hardly a cause to get passionate about, unless you own ten investment properties.

“Reith – Figurehead of Children Overboard” – the next pubic face of the Victorian Liberal frat party?
Where do ewe sign up?

It’s far worse than you suggest (Liberals in Crisis) Peta Credlin let the cat out of the bag on Sunday Agenda last week. She said that the Victorian branch of the Liberal Party, the second largest, has only 17,000 members, half (50 pc) of whom are over 70.
–Ben Hills

Dwindling competition makes it an ever more attractive proposition for ambitious wannabe career politicians eyeing the benefits of secure tenure.

Intelligent, thoughtful, independent-minded uni students are not exactly being attracted in their droves by the typical Young Liberals they see, either.