The victorious Labor Party in Western Australia has got off on the wrong foot in its timidity towards the mining sector. Its leader, Mark McGowan, said a Labor government would not support a mining royalty proposed by the WA Nationals because it would drive investment away from WA. This is a very hackneyed line about frightening foreign investment and sovereign risk.

The WA National Party was the only political party at the last election with the bravery to campaign on a policy of increasing royalties on miners. Its leader, Brendon Grylls, proposed a royalty that targeted BHP and Rio Tinto and involved increasing a 25 cents per tonne lease rental — a price set in the 1960s — to $5 per tonne. The National Party vote held up while the Liberal Party vote crashed.

[Poll Bludger: the party with the cojones to take on the mining fat cats is … the Nationals?]

It would raise $7.2 billion over four years and compensate for the lower share of national GST that WA has received, compared with other states, in recent years.

As Ross Gittins in the SMH put it: we overstate the contribution of the mining sector.

I should add that the environmental and carbon pollution costs that mining companies impose, the “externalities”, as economists call them, are not charged against the miners. They pollute without penalty.

Over all, we grossly exaggerate the contribution of the miners. Their powerful lobby group however ensures that that exaggeration continues. We have a long way to go before our national interest is properly asserted.

At the recent WA election, the mining industry ran a huge $2 million campaign against the proposal, warning of job losses, and Brendon Grylls is now very likely to lose his seat of the Pilbara.

While I do not enjoy proposing that political parties break election commitments, there are sound moral and political reasons in this case why the Labor Party should move swiftly to impose a heavy mining royalty.

Political parties in this country have run scared of the foreign-owned mining industry since the industry used its muscle to launch a $18 million successful campaign against the Rudd government. Grylls was their latest political target. However, multinational corporations are foreign owned and therefore effectively guests in this country. They should not be allowed to run such political campaigns. Political promises made to appease them are wrong and meaningless. Mark McGowan should not be reluctant to break a promise of that kind.

But, in any event, there are sound political reasons why McGowan should quickly move to increase royalties on the mining companies. In four years nobody will remember his “broken promise”. However, in four years time they will care whether the state is getting extra billions in revenue for essential services like education, health and housing.

In six months time, the Labor Government will own everything broken including the ballooning debt. At that point, McGowan will be either working for the miners or working for the public. If he wants to ensure he’s doing the later, he must move fast.

Supporting the Grylls royalty proposal makes good policy sense. It could also make for good political sense if the new Labor government is in the minority in the Legislative Council, where the National Party vote could be critical. That could provide the political opportunity for the new government to reconsider its opposition to the sensible Grylls proposal

Western Australia, Queensland and Australia have wasted the last mining boom. Will we waste the next one?

* This article was originally published at John Menadue’s blog, Pearls and Irritations 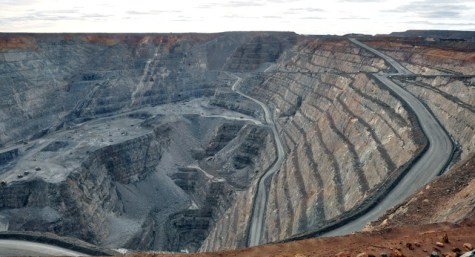 How will the mining tax be fought in the High Court? 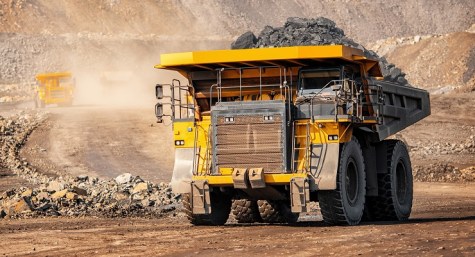 Wrong in some ways. The Grylls royalty hike was too big and resulted in too higher take of the spot price. Then BHP and Rio but not Twiggy? An increase is a good idea, that scale is not. Mining companies prefer everyone to pay the same way (albeit it as little as they can). What they really hate is someone else getting a better deal.

OGO – err.. “Mining companies prefer…” and that matters, why exactly?
The more they scream the happier, healthier and wealthier this country will be.
Wadda they gonna do, take their holes elsewhere?

“Mark McGowan should quickly move to increase royalties on the mining companies”
Absolutely!

In 2009. Kevin Rudd was very ill-advised to announce his intention to impose additional imposts on the mining industry. He should have done this AFTER winning the 2009/2010 election. Any party that threatens to stand up to these bullies before an election is a sitting duck target for their thuggery.
John Menadue is is quite right. This time round, Mark McGowan can give us all an object lesson in how to deal with a bullying, largely foreign-owned Lobby.
Tax them now – immediately after a landslide victory. Tax them hard. Invest the proceeds in renewable energy and other job-creating measures conducive to ecological sustainability.

Hear Hear, kick them where it hurts while they have this massive mandate for action….follow SA down the bold route, show the LNP pussies up for the gutless wreckers and rent-seekers they are.

Re: Leon Knight
Quote: “kick them where it hurts while they have this massive mandate for action”

We often hear the term mandate used as an expectation that the electoral winner should be able to get their promises through parliament. To me this is often valid where the promise was a major plank of the electoral campaign, but not where it was a minor side issue. If you are now going to say that a landslide win is also a mandate to break whatever promises you took to an election, then why should any voter ever listen to any promise (or word) that any politician ever utters again in this country?

Nowadays, miners restore their environment far better than farmers of much wider useage. Yes, they do use lots of energy, but let’s not penalise an industry for using energy when we should be penalising their release of carbon. Anyway the price pressure will only be effective when we allow them to install alternative, non-carbon sources of energy.

Dodger – I don’t think that there are nuke powered trucks & mining machines, even in your fevered phantasies.
As for that your “miners restore their environment…” that is even more demonstrably false than your usual ‘radiation is good for you’ schtik.