Schadenfreude is the call of the day.

Senator for Empirical Evidence Malcolm Roberts appeared to have problems with the data put out by the WA electoral commission on the weekend, and we are pretty sure it wasn’t corrupted by NASA. As One Nation’s disastrous electoral results came in from the WA election, Roberts appeared to still be of the belief that One Nation would pick up three seats in the Legislative Council (that now seems unlikely) and that would constitute a 300% increase in the number of seats the party has in the state (though going from zero to three is not, in fact, a 300% increase). He appears to have accepted the reality now, so maybe there is hope yet for the senator. Meanwhile, Roberts’ former One Nation colleague in WA, Rod Culleton (whose Twitter handle is still @SenatorCulleton, somewhat optimistically), appeared to be enjoying himself on the weekend. Schadenfreude is the call of the day. 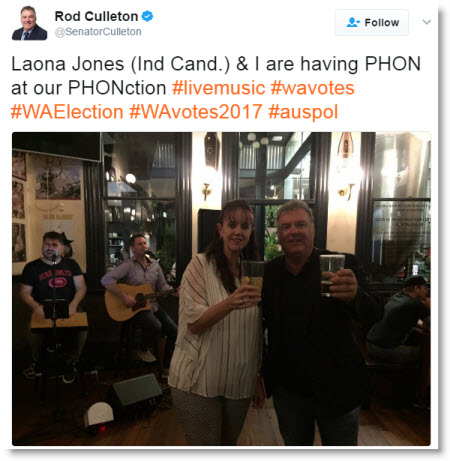 The price we pay for the martyrdom of Peter Ridd

Oh great, the sovereign citizens have returned (and other news you may have missed)