Good morning, early birds. Malcolm Turnbull and Scott Morrison are gearing up for the budget, while Western Australians are ready to go to the polls. It's the news you need to know, by Sally Whyte and Cassidy Knowlton.

BUDGET AND RESHUFFLE CHALLENGES FOR TURNBULL

We’re going to be hearing a lot more from Prime Minister Malcolm Turnbull on the economy in the lead-up to the budget, 7.30‘s Andrew Probyn reported last night. According to the report, Turnbull will make a series of keynote speeches in order to reassure restless backbenchers concerned the government isn’t taking advantage of the stereotype of being better economic managers than Labor.

There’s also set to be a ministerial reshuffle in June, which could result in Attorney-General George Brandis being moved moved on to the UK High Commission or another high-profile gig, to make way for either Social Services Minister Christian Porter or Employment Minister Michaelia Cash.

Speaking of the budget, the Fairfax papers are reporting the government is considering an affordable housing finance corporation to tackle the growing problem of housing affordability. The idea comes from the United Kingdom’s bond aggregator model, which Treasurer Scott Morrison researched on a trip to the UK in January this year. James Massola reports the model has been proposed by the Australian Housing and Urban Research Institute:

“The institute’s proposal would see the Corporation source large amounts of capital from the bond market — starting from $50 to $200 million — and then provide longer-term, lower-interest loans to the community housing sector.”

The Conversation has a great explainer of how a bond aggregator would work here. Morrison has already made it clear the budget will include measures to address housing affordability.

Greenpeace has released images that show evidence of coral bleaching they say has taken place in the past few months. The Guardian reports the photos were taken by marine biologist Brett Monroe Garner between Port Douglas and Cairns. Garner says in the report:

“Just a few months ago, these corals were full of colour and life. Now, everywhere you look is white. The corals aren’t getting the chance to bounce back from last year’s bleaching event. If this is the new normal, we’re in trouble.”

“This is something that every member of parliament, whether they are a mother or a father, has to juggle and has to make decisions with their family about what works for them.”

That’s Labor MP Kate Ellis, as she announced that she would be leaving politics at the next election because the strain of being away from her family in Adelaide would get too much. Ellis has found sympathy with her decision, with Liberal MP Alex Hawke saying on Lateline yesterday that the Australian Parliament needs to modernise for all parents (not just mums) to be in their electorates and with their families more:

“There are practices in Parliament which are archaic. We do not need 20 weeks of sittings in a year.”

Sydney: Federal cabinet is meeting today, and penalty rates are on the agenda. The Australian reports the government will make a belated defence of the decision by the Fair Work Commission to cut Sunday penalty rates for some industries.

Sydney: Former One Nation Senator Rod Culleton is back at the High Court, which is sitting as the Court of Disputed Returns today. The court is expected to officially name Culleton’s brother-in-law Peter Georgiou as his replacement after his election was ruled invalid.

Western Australia: Western Australians go to the polls to give their verdict on Colin Barnett’s government. Crikey‘s Poll Bludger William Bowe has this guide to everything #WAvotes.

After declaring that “nobody knew [healthcare] would be so complicated!”, Donald Trump has been trying to apply the art of the deal to convincing Congress and some recalcitrant senators to push through Republicans’ preferred replacement for Obamacare. The House Ways and Means Committee approved the bill after 18 grueling hours of negotiations, a crucial step to getting the bill through. House Speaker Paul Ryan described the bill as a “conservative wish list” for healthcare. Many health organisations, insurers, experts and doctors’ groups warn that if passed, the bill will lead to a spike in the number of Americans without health insurance.

Meanwhile, White House officials are in a bit of a bind over Trump’s claim that his predecessor, Barack Obama, had wiretapped Trump Tower. If the accusation is true that Trump was under surveillance by law enforcement, it would mean he was the subject of a federal investigation, possibly into his relationship with Russia.  “There is no reason that we have to think the president is the target of any investigation whatsoever,” Press Secretary Sean Spicer read off a sheet of paper handed to him by an aide at a press briefing.

Trump is also said to be considering cutting $6 billion from Housing and Urban Development programs, which provide meal assistance and public housing support for the poorest in America.

Hawaii has filed the first legal challenge to Trump’s revised “not a Muslim ban” travel ban, and at least three other states have followed suit. “We’re asserting that the president cannot unilaterally declare himself free of the court’s restraining order and injunction,” Washington state Attorney-General Bob Ferguson said, announcing that the state would ask a federal judge to rule that the current injunction against the original “not a Muslim ban” would also apply to the new directive.

South Korea’s Constitutional Court will today decide whether to reinstate President Park Geun-hye or remove her from power permanently over charges of corruption and abuse of power. Park has been suspended from office since she was impeached by an overwhelming majority of the National Assembly in December. — New York Times

The United States has sent 400 more troops to Syria to help the Syrian Democratic Forces take the Islamic State stronghold of Raqqa. SDF spokesman Talal Silo told Reuters: “We expect that within a few weeks there will be a siege of the city.” Coalition airstrikes killed 23 people, including eight children, in the Syrian countryside north of Raqqa on Thursday. — Reuters

A fire in a children’s shelter in Guatemala has killed 22 girls and injured dozens of others. There have been frequent complaints about the shelter being overcrowded. Guatemalan officials say the fire started when some of the residents set their mattresses on fire during a riot. — ABC

Malcolm Turnbull, climate policy and the policy race to keep the power on — Laura Tingle (Australian Financial Review, $): “The email was announcing that The Climate Institute, one of the NGO’s that has plodded stubbornly along for the last decade or so, trying to bring sense to the climate change debate, was putting up the white flag … In Australia, we are now sneaking up behind the climate change issue – mentioning it a bit like roadkill in a multi-vehicle policy car crash on energy. Wherever you look now – Senate committee hearings, political brawls about gas shortages, cries for investor certainty from the corporate sector – the same policy levers that were once framed in a debate about climate change, are now set in a framework of energy security.”

This November, spare a thought for poor blokes — Tom Elliott (Herald Sun, $): “As a family man, I can confirm that those dads who do earn more than their female counterparts aren’t typically driving expensive Italian sports cars or jetting off for golf weekends in Fiji. No, their Saturdays and Sundays are spent behind the wheel of kid-friendly SUVs shuttling between sporting events, play dates, birthday parties and visits to the local shopping centre. In short, they are spending what surplus time and money they have on their families.”

Thanks, trolls, for making International Women’s Day so memorable — Senator Janet Rice (The Age): “The commenters, most of whom were men, suggested various ways I could kill myself. Robert suggested women are just lazier than men. Dillon likened riding to shooting being a male-dominated sport, ‘but we openly welcome everyone’. Duncan called me a ‘sexist pig’. Dave told me to get back in the kitchen, Cam told me to give myself an uppercut and James expressed his hope that I get cancer. All for daring to suggest that ‘the easier and safer we make it for people to ride [a bike], the closer to equality we get’. And you wonder why women feel less comfortable to ride.”

McGowan must not waste honeymoon period — Gareth Parker (The West Australian) — “Labor can’t afford to miss the opportunity to make radical changes, like reforming electricity tariffs to remove huge subsidies to middle-class West Australians, issues that this Government has squibbed, even if that means, yes, an increase in fees and charges. While proper wage restraint and cost-reflective electricity pricing won’t be popular, there is no real alternative if the Budget is to be brought back into something resembling good order. And there will never be a better time to do it than when Labor can blame a Liberal- National Government freshly turfed from office, in large part because of its fiscal incompetence.”

UK child deportations of 50s: ‘most catastrophic child abuse’ in memory (The Guardian): “The deportation of thousands of British children to Australia, Canada and Southern Rhodesia (now Zimbabwe), created the most catastrophic child abuse legacy in living memory, the national inquiry into child sexual abuse has been told … The Independent Inquiry into Child Sexual Abuse (IICSA ), in full public hearings, is investigating the sexual abuse of children who were removed from British institutions and families between 1947 and the 70s, and taken to Australia and Canada by various charities and churches, including Barnardos, the Fairbridge Society, and the Sisters of Nazareth. The children, once abroad, were kept in farm schools, where they suffered brutality and sexual abuse, were used as slave labour and deprived of a proper education.”

The CIA’s no good, very bad, totally awful Tuesday (Lawfare): “The story here isn’t that the CIA hacks people. Of course they do; taxpayers would be right to be annoyed if that weren’t the case. The CIA’s job, after all, is collect intelligence, and while its primary purview is human intelligence, hacking systems interacts synergistically with that collection. The actual headline here is that someone apparently managed to compromise a Top Secret CIA development environment, exfiltrate a whole host of material, and is now releasing it to the world. The compromise appears to have occurred in February or March 2016.”

IBM has figured out how to store data on a single atom (Quartz): “IBM’s researchers found a way to magnetize individual atoms of the rare earth element holmium and use the two poles of magnetism—north and south, as you’d see on a compass — as stand-ins for the 1s and 0s. The holmium atoms are attached to a surface of another material, magnesium oxide, which holds them in place, at a chilly 5 kelvin (-450°F). Using essentially what is a very accurate, sharp, and small, needle, the researchers can pass an electrical current through the holmium atoms, which causes their north and south poles to flip, replicating the process of writing information to a traditional magnetic hard drive. The atoms stay in whatever state they’ve been flipped into, and by measuring the magnetism of the atoms at a later point, the scientists can see what state the atom is, mirroring the way a computer reads information it’s stored on a hard drive.” 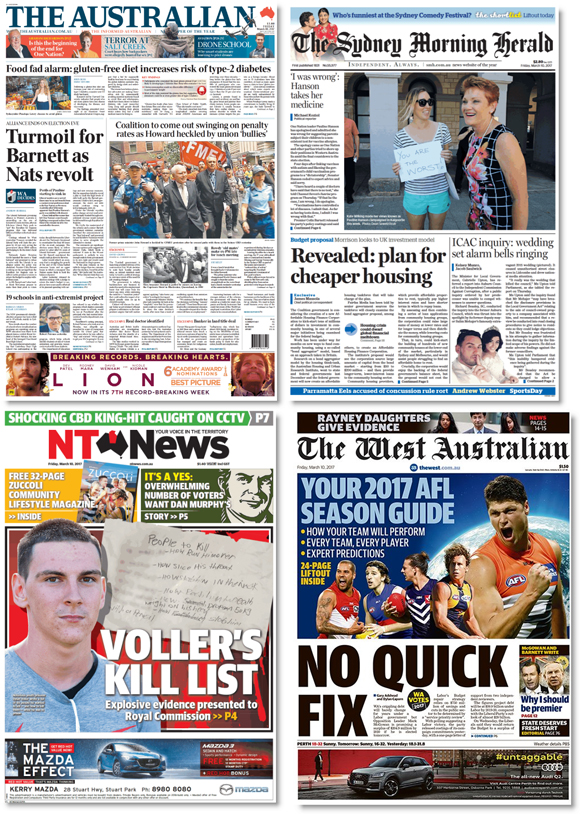