The "crisis" in gas supply has been a long time coming and the Coalition's war on climate policy has made it worse.

The gas price crunch — for which the Prime Minister has now called an emergency meeting with industry –would have to be the most warned-about crisis in contemporary Australian history. For years, the looming connection of east coast gas supplies to the international LNG market and its likely impact on power prices for manufacturers in eastern Australia has been known — in the east, manufacturing uses about a third of our gas supplies. And it didn’t occur in an Australian vacuum — Western Australia, which has been connected to international markets for years and where mining is the big user, went through the entire domestic reservation debate more than a decade ago.

Now manufacturers, large and small, are queueing up to warn they can’t get forward power contracts, or can only get them at ridiculous prices, and face massive power cost increases and the need to lay off staff or even relocate out of Australia. The lack of reasonably priced gas is blamed for the failure of the Pelican Point generator to be brought on line to spare South Australia blackouts in February. The Australian Energy Market Operator is warning of gas-fired power shortages within two years. Nick Xenophon says it’s a first order issue that must be addressed before any other government business.

Well, Australian manufacturers are always pleading for some sort of assistance or protection, which is exactly what a domestic reservation would amount to. The net economic benefits to Australia might be greater if we shipped as much LNG as we could offshore rather than subsidising it for manufacturing (that’s certainly the modelling put forward by gas producers). And retrospectively imposing a reservation on existing producers is an actual example of something far more frequently claimed than real — sovereign risk, which would likely be a genuine deterrent to investment.

But it’s hard to feel a skerrick of sympathy for either gas producers or pipeline owners. As the Australian Competition and Consumer Commission found in a major report last year, both are guilty of trying to evade scrutiny as much as possible to exploit their market position. The commission found a “lack of transparency and information about the level of reserves, and commodity and transport prices are hindering efficient market responses to the changing conditions and are not signalling expected supply problems effectively”. It recommended “all explorers and producers, including non-ASX listed companies, should report consistent reserve and resource information across the east coast gas market. Reporting should be based on common price assumptions in the calculation of reserves and resources.”

As for pipelines owners, there is “evidence that a large number of pipeline operators have been engaging in monopoly pricing … there is evidence that capacity is being withheld by incumbents on some regional pipelines, which is restricting competition for supply from other retailers.” The commission wanted competition law changes so it could impose greater regulation on currently “unregulated” pipelines.

Unusually, COAG moved, by its own standards, very quickly after Energy Minister Josh Frydenberg took the ACCC report to it. COAG didn’t embrace the ACCC’s competition law recommendation but moved rapidly to establish a compulsory arbitration mechanism for pipelines access that is being legislated currently, and imposed greater transparency on wholesale gas contracts. The problem of reserve reporting, however, remains — especially given the ACCC’s conclusion that there’s enough gas to supply Australia until 2025 relies on reported reserve levels being accurate.

The ACCC’s third conclusion was that the states and territories should abandon moratoria on fracking and instead assess proposed projects on a case-by-case basis. For Frydenberg, this has become a stick with which to beat Labor, and especially the Victorian government, as part of the government’s broader scare campaign about Labor and energy security. “We really do need urgently to get more gas and more gas suppliers,” Frydenberg said this morning, on his way to castigating Daniel Andrews.

Problem is, letting frackers tear up the countryside isn’t going to make a jot of difference to the price of gas, which is now set by global and regional demand and supply, not how many farmers are forced to let resources companies onto their land. Claiming more fracking is the solution to high energy prices makes no sense unless you’re going to impose a domestic reservation. Or, as the Queensland government has proposed, setting aside a proportion of undeveloped reserves for domestic use.

Frydenberg, at least, termed that a “creative way forward” today, even though it comes with the same protectionist problems as retrospective reservation — if a local manufacturer can use the gas for a higher value purpose than international users (minus the LNG train and transport costs), then that’s where the market will allocate it.

Meantime, the government is now isolated on an emission intensity scheme, with industry lining up to call for one as a means of providing investor certainty after years of confusion on climate policy. This is where the Liberal and National Party’s climate denialism, and the willingness of figures like Malcolm Turnbull to appease it, is coming back to bite it. The gas “crisis” is partly the product of the Coalition joint party room and the Coalition’s willingness to wreck climate policy for its own political advantage. Australia had an effective, low-impact carbon pricing scheme, and Tony Abbott removed it and declared war on renewable energy, leaving us with no policies to achieve our internationally agreed emissions abatement targets except a diminished Renewable Energy Target. Renewable energy investors fled in droves, even as investors willing to stump up for coal-fired power were vanishing. Gas producers and pipeline operators have only been too happy to exploit the resulting chaos. And all from a party that swore blind its removal of a carbon price would produce lower prices and greater investment.

‘Hope is not a strategy’: time for gas market reform 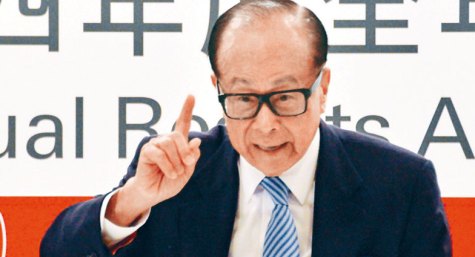 And how much fracking will occur in the electorates held by Messrs Abbott, Frydenberg and Turnbull?

No need to frack, it could be piped direct from their noisome mouthings, methane and assorted ignoble gases.

I am fed-up reading about gas being the answer to reliable energy supply. At the risk of repeating myself a new technology of battery storage has been developed in Adelaide: $20M in private funding has been raised since this article was published & the developers believe it has grid capability to store renewables.

Or more on technology and fewer accounts of television ratings on a day by day basis (yawn).

Hear hear! I often wonder how many subscribers actually read Glen’s TV ratings stuff. I don’t. I read and enjoy his other articles, but I really couldn’t care less how many people watched Home and Away last night. I get such things have their place in giving us a sociological snapshot of the state of the nation, but every damn day? I admit I mainly come here for Guy Rundle, Razer’s occasional article and the odd BK offering where he’s been able to keep his hand off it- “it” being free market economic rationalism.

Hear Hear! At WHAT point is anyone going to push for a discussion about large-scale storage options (and I don’t mean inefficient hydro-pumping or the edge of a desert cheech!!) It’s getting ridiculous.
Hope you don’t mind Zut – I quoted you over at the Graun.

There is plenty of gas in the ground worldwide and, as with other minerals, if we (in Oz) discover and develop our extraction earlier than our neighbors, we get the good prices. Unlike other minerals, there is a narrowing time window of opportunity for trade in gas. By 2050, our trading partners will be finding substitutes and by 2100 we too, will have to get clean.

If we are to make a buck out of gas, we had better get those pipelines in, enlarged and working. Later may be too late.

How about we stop with the short-term gain crap, and learn to walk and chew gum at the same time?
How about WE use our OWN gas, and royalties from it for as short a time as it takes to pay for setting up new renewables research, training, manufacturing, installation, maintenance, repair and renewal industries?
Large scale storage options – THAT is the way we should be heading.

My question to the proponents of fracking is – how will the companies address the many possible ‘accidents’ with gas extraction? The coal miners in my region aren’t doing all that well. Fracking seems to produce methane leaks. Not a lot beside money to overseas companies to see here. How about this, no government subsidies on railways that will have no other use, on use of fuel supplies for transit, etc until there is a sensible and sensitive price set on the cost of environmental degradation.

That’s where governments/we tax-payers come in – to clean up their “unforeseen” mistakes.

This gas crises will just have Malcolm ranting on again about the need for clean coal power, you know those new generation Ultra Supercalafragalistic coal fired power stations he wants to build but no one in the energy or finance industries has any interest in.

MJM
Reply to  The hood

That’ll be the Malcolm who has a 14.5kW array of solar panels and 14kWh of battery storage at his harbour side mansion? So he’ll be ok while the rest of us are without electricity.

PDGFD
Reply to  The hood

Don’t worry, he and Josh’ll get behind the gas sellers and claim it’s a ‘yuuuuuuge’ step to ameliorate climate change.
Anything but renewables and genuine storage options.
Anything but restraining the ‘free market’ for the benefit of all.