Does anyone want to talk about anything other than penalty rates and energy? Anyone? No? OK then ...

Both parties knew what they wanted to talk about in question time last week. Every single question Labor put to the Coalition concerned penalty rates. Coalition MPs were more diverse for their part, with an alleged Islamic State supporter being apprehended and a better-than-expected economic performance to spruik, but clearly they really wanted to talk about energy security (even, quite a few times, when no one asked).

But they almost as consistent as Labor when it came to the subject of penalty rates, using all but two of their answers to mention Bill Shorten’s record as employment minister and/or at the Australian Workers’ Union.

Meanwhile, the other parties and independents, between them, managed one question about penalty rates, and none regarding energy. 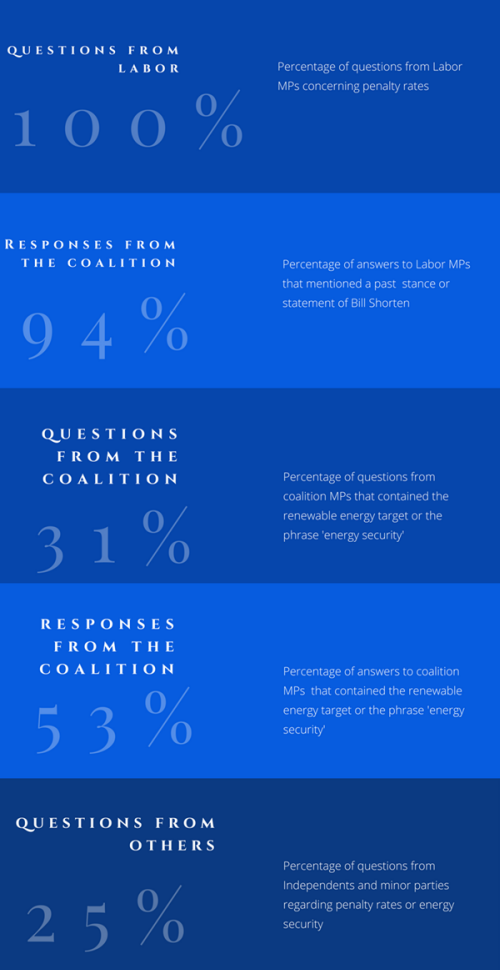