Can Trump hang onto the youth vote?

Donald Trump encouraged young white men to turn out and vote, but will he be able to keep them engaged? Freelance journalist Max Chalmers reports from the United States.

Since Donald Trump’s electoral college triumph in November last year, there has been no shortage of explanations put forward to account for his surprise victory. The white working class did it. The Russians did it. The FBI did it. Maybe Obama’s wiretap did it.

John Della Volpe, director of polling at Harvard University’s Institute of Politics, has his own theory.

“This is why I believe Trump won,” Volpe said, in a recent phone interview. “I don’t think Hillary Clinton’s campaign addressed the issues that were most important to young people.”

Clinton did win an estimated 55% of the under-30 vote compared to Trump’s 37%, according to analysis done at Tufts University. But that puts the Democrats way down on their decisive victories among young voters in the previous two presidential elections. In 2012, the impact was direct: it helped push Obama over the line in key states like Ohio and Florida.

Buoyed by the 2016 result, Trump’s conservative boosters and younger campaigners claimed a new conservatism was rising among the American youth.

Scroll through the feeds of shitposting 20-somethings on Twitter, or triumphant Aryan glamour shots of the Students 4 Trump Instagram page, and it doesn’t seem too hard to believe. Milo Yiannopoulos toured college campuses in part to provoke liberal students, but also because his pseudo-iconoclasm was best received by a young conservative audience in need of a popular icon. Paul Joseph Watson, a popular vlogger and tweeter with the conservative conspiracy site InfoWars (occasionally plugged by the likes of Chris Kenny and Rita Panahi), has been trying very hard to argue that “we are the new punk rock”.

“Record amounts of young people are identifying themselves as conservatives,” millennial alt-right blogger James Allsup said in a recent YouTube clip. “That shift is going to have a direct effect on elections in the next four to eight years and beyond.”

A new, youthful conservatism was on the march, these voices claimed.

Yet for all the energy on show, Dr Kei Kawashima-Ginsberg sees evidence of fragility.

In her role as the director of CIRCLE — a research institute at Tufts University that studies youth civic engagement — Kawashima-Ginsberg collected data that revealed many young Trump voters were isolated. This can be true in a physical sense, e.g. among the rural youths who turned out for Trump, but it’s meant in an institutional way. Young Trump voters are not connected to colleges, advocacy organisations or civil society groups that sustain long-term political engagement.

The research done by Kawashima-Ginsberg and her colleagues also found few opportunities for young Trump voters to “join the pipeline”. Most groups recruiting young Americans have a more progressive bent.

This makes sense in light of Trump’s distinctive campaign style. He might call it a movement, but Trump’s bare electoral coalition was founded on a direct connection between him and his voters. This was not an election of unions and churches and neighbours going door-to-door. It was Trump’s face in a Facebook feed.

And when it came to young people, it wasn’t even that.

“I think Trump in some ways kept away from young people to not motivate them to show up,” said Volpe.

Trump didn’t actually grow the share of the youth vote earned by Mitt Romney four years ago, in fact. Aside from stopping people voting for Hillary Clinton, his major achievement was increasing the number of young white men who turned out to vote this time around.

[Rundle: Canberra chaos means Australia will have its own Donald Trump soon enough]

This could become a problem for Trump if the perfect storm of external factors that precipitated his win in 2016 is not replicated. A more exciting Democratic candidate and a stronger opposition campaign would do damage. Of all the things Trump can do to hold his current level of youth support, praying for third-party candidates to be on the ballot in 2020 is No. 1, according to Volpe.

Despite his shaky standing, there’s no sign yet that Trump’s core of fired-up youngsters are losing their flame, however.

Tyler Laymon, an undergraduate student at Berry College, Georgia, is a lifelong Republican and an early Trump backer. He’s pleased with Trump’s initial economic steps and isn’t sold on allegations of Russian collusion. That said, he thinks Trump has been let down by some of the people around him.

“It probably would not be as bad if he had just appointed proper people,” Laymon told Crikey. All up he gives Trump a mark of 75/100 so far.

Trump’s impact on young voters, then, is more about content than form. The energised and sometimes radicalised young lieutenants who surged to support him will leave their mark on conservative politics. The problem is, that doesn’t actually mean they’ve grown its reach. There’s more going on inside the tent but it remains about the same size. In 1984, Ronald Reagan won 61% of the the 18-24-year-old vote. That’s what a real conservative revolution looks like.

Given the unpredictable state of politics in 2017, you’d be brave to rule out Trump repeating his decent showing with young voters in 2020. It’s all possible, even if the young conservative revolution never quite comes to fruition. 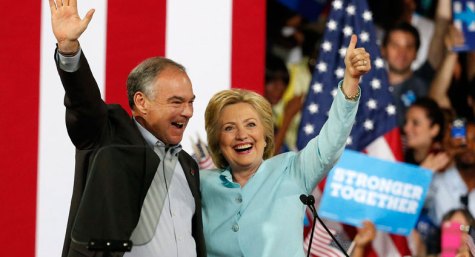 Rundle: sticky questions for the Dems in a hot and humid Philadelphia 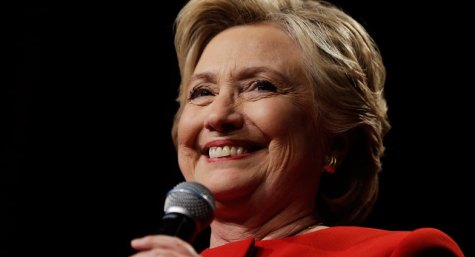 I have never seen the fact stated that Reagan received 61% of the 18-24 in 1984. Colour me gobsmacked and it explains a lot about the subsequent years in the Benighted States..