"I’m struggling to see a basis for a genuine argument that the disclosure of Fox’s information did not involve a breach of the Privacy Act," writes Michael Bradley.

Simple narrative: welfare recipient writes in the media about her problematic personal experience of dealing with Centrelink in relation to its pursuit of a debt for alleged overpayments of welfare — which she disputed. Kafka-esque is such an overused motif, but it’s pretty apt for Andie Fox’s bureaucratic ordeal.

Centrelink and its overlord, the Department of Human Services (DHS), apparently felt that Fox was being unfair. As has now been revealed in Senate estimates as standard practice for DHS whenever it is being criticised by one of its “clients”, the department dug out Fox’s file and reported on her personal situation to the minister. At which point, look, I managed to resist the Orwellian reference to the Ministry of Love, but the minister is Alan Tudge, for god’s sake. So Dickensian.

Anyway, it’s reassuring to know that the full resources of the DHS and the attentions of its highest mandarins, along with those of the Tudge’s office, are being so resolutely focused on the important business of finding out which ungrateful recipients of welfare are being mean to their benefactors on social media.

Naturally, the details of Fox’s personal situation were provided to the media, with The Canberra Times gratefully running a story headlined “Centrelink is an easy target for complaining but there are two sides to every story”. As it now turns out, some of the private details were “accidentally” leaked by Tudge’s office, which is separately outrageous but doesn’t change anything I’m about to say.

There, the department appears to have thought, the controversy should find its end. Much to her surprise though, following some media outcry, the DHS secretary Kathryn Campbell found herself being impertinently questioned by senators at estimates on things like privacy law.

Campbell and Tudge have both doubled down, expressing the now-routine governmental dismay that anyone could think to question the purity of official intentions. DHS is insisting that it has legal authority to release Fox’s personal information. Tudge was specific as to the legal warrant:

“In cases where people have gone to the media, with statements that are incorrect or misleading … we are able to, under the Social Services Act, release information about the person for the purpose of, as I quote, ‘correcting a mistake of fact, a misleading perception or impression, or a misleading statement’.  That is what the law allows.”

Campbell added, for the senators’ benefit, that exercising this legal right to disclose a welfare recipient’s personal details was necessary “to maintain public confidence in the system”.  Thank goodness she cleared that up, because I would otherwise be starting to wonder whether it was actually about scaring the shit out of all of us and reminding us that the government both owns a data mine and is fully prepared to use it on anyone who dares to complain.

Can they? Can DHS lawfully publicise the contents of anyone’s welfare file just to correct the record?

The minister, it seems, has been given advice that this is allowed by section 202 of the Social Security (Administration) Act. We know he has advice because he said “I quote” and then quoted from something that isn’t in the act. (By the way, he’s just waived legal privilege over the advice, so get your FOI application in if you’d like to read it.)

Section 202 gives bureaucrats some powers to disclose personal information for various official-sounding purposes, including “for the purposes of the social security law”. My guess is that Tudge’s advice says he can interpret that purpose widely enough to encompass whatever’s necessary to protect the integrity of the social security system, including by correcting misinformation that has been made public — because otherwise the misinformation might be accepted as the truth and then, gosh, anarchy.

The technical legal counter-argument to this is: Wow. Just. Wow. If that’s seriously how they’re reading their own enabling law, well, they’re patently wrong. It’s such a wilfully devious misreading of legislative language and intent that “sophistry” just doesn’t cut it as a description. Well before we get to any question of morality and the proper function of a public service, we can dismiss this on straight legal grounds.

Unsurprisingly, the Privacy Commissioner has joined the chorus of “What the …?”, which is rapidly encircling the DHS. He has asked the department to explain why it had approved the release of Fox’s personal details. He’s probably done that because we have this thing called a Privacy Act, which was specifically and exclusively designed for the express purpose of ensuring that stuff like this can’t happen.

Section 202 has a helpful note, which reminds those who wish to do the things it allows that they must also comply with the “Australian Privacy Principles”. Those principles are enshrined in the Privacy Act; they apply to all government bodies and ministers; they are very clear about the fact that those bodies cannot lawfully use anyone’s personal information for any purpose other than that for which the information was collected in the first place.

I’m struggling to see a basis for a genuine argument that the disclosure of Fox’s information did not involve a breach of the Privacy Act.  It seems to me that the criminal non-disclosure provisions of the Social Security (Administration) Act may also have been contravened. I think Fox may be a good candidate for a test case of the underdeveloped civil cause of action for invasion of privacy, potentially entitling her to very substantial damages.

But whether or not a law has been broken, surely we cannot let this stand. The Department of Human Services, whose job it is to serve the needs of underprivileged citizens, is spending much of its resources trawling the media to identify which of its clients are expressing their unhappiness, and then briefing the minister with their files for the exclusively political purpose of giving him options to punish them and shut down the debate.

There can be no other reason for this conduct than the abject politicisation of DHS. The fact that Campbell is so blithe about how small a deal it was to expose Andie Fox’s privacy to the world speaks volumes as to how far removed from its proper purpose that particular government agency has become. 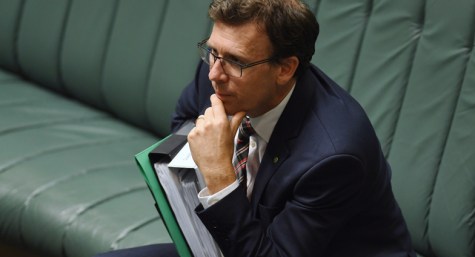 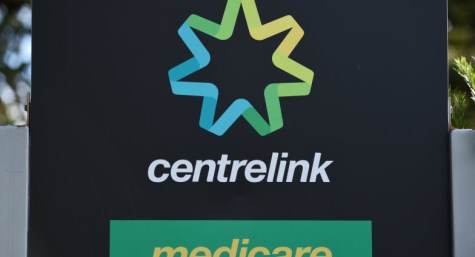 Is there no limit to the fcuking arrogance of these creeps and the disdain they have for us all? I hope some pro bono lawyers weigh into this. The Coal-ition junta needs to learn that the law does constrain them.

Pro bono be damned! I would have thought that *any* lawyer would be interested in this little goldmine, particularly now that Tudge has gone all-in and removed the possibility of any subsequent “Oops! How did that happen? I’m sorry you’re upset” kind of apology.

The robo-debt clawback of $4 billion dollars matches the cost of implementing the Indue card for all welfare recipients. Some interesting background as to the owners of Indue card and its beneficial recipients

thanks for the link Billie , very interesting and disturbing reading to be had there.

So every complainant of Tax Office action has put all their details into the public record? That’s news to every accountant and tax lawyer in Australia.

No, the department leaked the details of one of its social security benefactors to the press, and this is a crime.

Sharman did you not just read the article, if this can happen to this woman it can happen to anybody. Go online and get a copy of Brazil by Terry Gilliam, and see what happens when a department becomes too big for the taxpayer base that it is meant to serve. This government is overstepping it’s own rules if you aren’t more than a little perturbed by this I think you need to re-examine your humanity.

” First they came for the Socialists, and I did not speak out—
Because I was not a Socialist.

Then they came for the Jews, and I did not speak out—
Because I was not a Jew.

Then they came for me—and there was no one left to speak for me.”

But don’t let it worry you, Sharman. Though there are two sides to every story, governments are the good guys always, aren’t they?

Mr Bradley has been measured and restrained. The Privacy Act has certainly been breached. The non-disclosure provisions of the Social Security (Administration) Act have also been breached…unless the comparable provisions of the taxation law would not be breached by a similar disclosure. The case law, and Tribunal administrative law, on that doesn’t hold out much hope to Tudge and the DHS. “For the purposes of the social security law” should cover revealing information in court proceedings or as required by court processes; revealing information for the political convenience of a government or of a bureaucrat has never been allowed in a taxation context where the wording is essentially the same.

I hope this one really blows up in their faces. Civil action would be hilarious!