Anyone who has recently encountered Clive Palmer’s Samuel Beckett-like musings on Tim Tams while scrolling through their news feed might be forgiven for thinking Facebook does not discriminate much when it comes to promoted content. However, when auction house Mossgreen wanted to run an ad featuring Charles Blackman’s 1980 painting Women Lovers, it found that there is a line the social media giant will not cross. 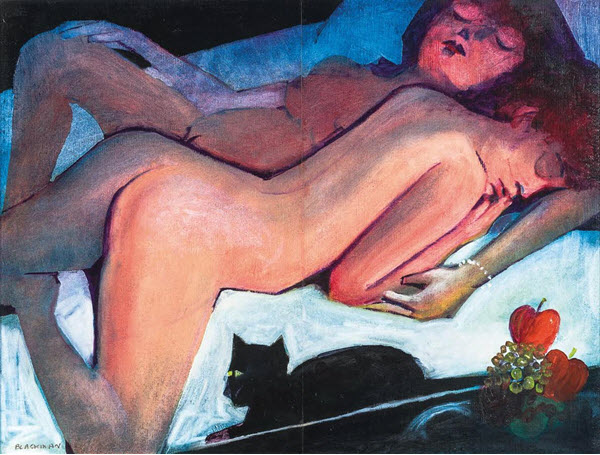 When Mossgreen tried to promote a video featuring the work — which depicts two naked women — it received feedback from Facebook saying “this advert wasn’t boosted because it violates ad guidelines by advertising adult products or services including toys, videos or sexualising enhancement products”. The matter got some coverage in the media, and as The Australian reported this morning, the decision has now been reversed. Which is interesting, because Nicole Kenning at Mossgreen told us that the company had made several approaches to Facebook privately about the decision, and the social media giant said the decision was final. Then, after the story was reported in several outlets, Facebook sent an email to Mossgreen stating it had “reviewed the ad and decided to approve it”. Kenning says the email was “unprompted”, but we’re not so sure that’s the word.

Indiscriminate censorship. One of a zillion reasons why I boycott Facebook.