I’d like to thank the Academy … Finance Department boffins have lived their own version of an episode of Utopia, with a video designed to attract graduate recruits coming under scrutiny in Senate estimates yesterday. Liberal Senator James Paterson acknowledged to Finance secretary Rosemary Huxtable that the video wasn’t the most substantial of issues facing the department, but he pushed ahead with asking how and why the video was made and how much it had cost.

Turns out $40,000 gets you the most awkward and badly acted video you could find — featuring our very own best and brightest in the department. Paterson asked (and we’re so glad he did) just how the script was written, especially a line about “paleo pear and banana bread”. Turns out that was a bit of improv from the staff members involved. You need to watch the video to see for yourself, but it shows that our Finance public servants are in their gigs (and not walking the red carpet) for a reason. 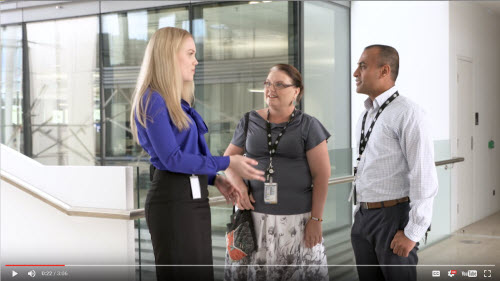 Hanson goes walkabout. One of the highlights of the current round of Senate estimates hearings was outgoing Australia Post CEO Ahmed Fahour’s response to Pauline Hanson’s targeting of his religion, in which he described how he felt sorry for Hanson, “that she feels the need to say those things about someone whose 100% objective is to do the right thing for the country”. Was Hanson present to see the response of the man whom she had attacked? No — she didn’t show up to the hearing. In fact, as far as we can work out, she hasn’t shown up to any estimates hearings.

Yesterday, instead of being in Canberra to attend estimates, Hanson was engaged in a stunt in Brisbane to draw attention to the “plight” of a pair of English migrants who had breached their visa conditions and were in danger of being deported. Despite being anti-immigrant, Hanson apparently thinks it’s OK for white immigrants to breach our rules. Hanson’s office says she’s not in Canberra today either. Say what you like about her offsider Malcolm Roberts, at least he has shown up at various committees this week to peddle his wacky conspiracy theories and attack Muslims. NSW One Nation Senator Brian Burston was also in Canberra yesterday, his office says. But the One Nation leader was absent. In addition to being too cowardly to face Fahour, it seems Hanson can’t be bothered to do the job she gets $200,000 a year to do. A peculiar way to represent voter disaffection toward mainstream politicians who are actually showing up to work from 9am to 11pm this week …

Facing Q Society “facts”. The Q Society settled the defamation case brought against it by halal certifier Mohamed el-Mouelhy out of court this week, with the far-right organisation making an apology to El-Mouelhy publicly. It must be displayed prominently on the organisation’s website and Facebook page for a year. That in no way means the Q Society’s war on Islam and halal certification is over. A tipster found a newspaper called “Face the Facts: The Australian Islam Monitor” in a public toilet in the Melbourne suburb of Burwood East. There was a pile of the four-page newspapers with the message to take a copy, so of course our tipster did so.

It includes a mention of QWire, which is the Q Society’s newsletter, and an email address connected to the group. Its headlines include “Islam and the Nazi Link” and “Sharia Law in Australia”. 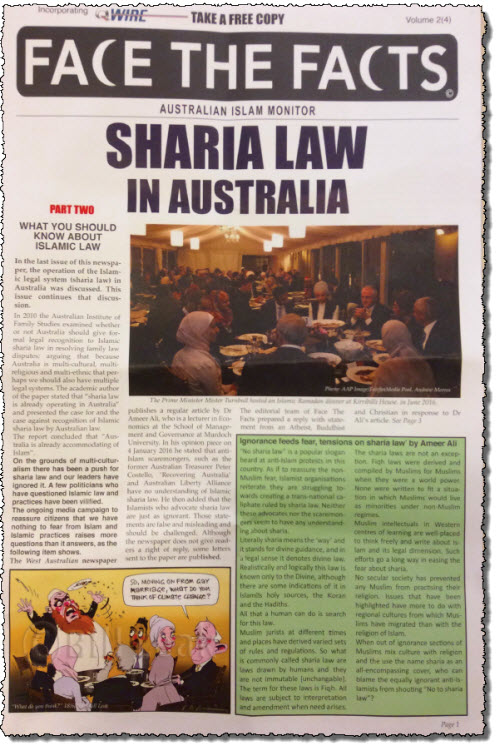 Finance Department releases a promotional video that is basically Utopia