Who will embrace the reeking polecat of penalty rate cuts?

Strange that suddenly the Coalition doesn’t want to have anything to do with penalty rate cuts now that the Fair Work Commission has delivered them. Since the commission released its decision last week, the government has oscillated between two rather inconsistent positions: it’s the decision of the “independent umpire” (a phrase the Prime Minister used dozens of times yesterday), and that it’s all Bill Shorten’s fault — he was “single-handedly responsible”, in Turnbull’s words — for setting up the Fair Work Commission, appointing it and launching an award inquiry.

Now, the Financial Review reports, the government wants business to take ownership of the cut by campaigning for it and explaining the benefits of cutting the incomes of some of the lowest-paid Australian workers. Because that’s what will get voters behind an attack on penalty rates — one of the least popular segments of Australian civil society, who will directly benefit from lower wages, telling us how it’s going to be good for us.

All of that stands in peculiar contrast to the previous enthusiasm of Coalition MPs for penalty rate cuts. Turnbull himself in 2015 declared that Sunday penalty rates were a historical anachronism. Employment Minister Michaelia Cash claimed that penalty rates “deter weekend work“, despite the hospitality sector growing twice as fast as the rest of the workforce in the last five years. Angus Taylor said they needed to be cut to help address youth unemployment. Right-wing Christian MP Alex Hawke agreed, saying “Sundays are not sacrosanct”. Josh Frydenberg wanted to cut penalty rates. Failed far-right Tasmanian Andrew Nikolic complained they were stymieing business growth. Melissa Price complained that having different rates for Saturday, Sunday and public holidays was too “complex” for employers. Parliamentary entitlement defender Ian Macdonald wanted them cut. Queensland colleagues Warren Entsch warned, “if we don’t do something we will see more and more businesses close”, which was a peculiar claim to make about a sector growing so rapidly that it became the biggest user of 457 visas.

In 2014, in fact, 10 MPs demanded then-prime minister Tony Abbott do something about penalty rates, including Russell Broadbent, Dan Tehan and Craig Laundy.

Now, apparently, this much-needed reform, this boon for young Australians, this urgent change required by the hospitality, tourism and retail sectors, this godsend for easily befuddled employers, this sensible abolition of an antediluvian tradition of distinguishing between different days of the week, this bulwark between Australia and a wave of business closures — is all the work of Bill Shorten, performed by remote control.

Must be terrible to be in government but have to idly stand by while the Opposition Leader magically manipulates policy. 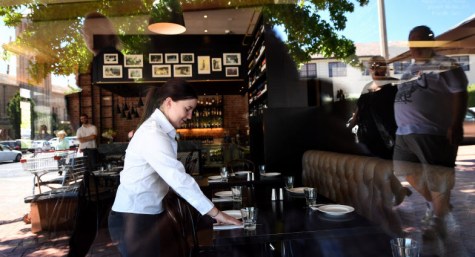 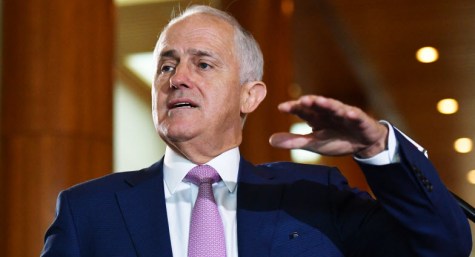 What exactly is the government’s position on penalty rates?

A polecat all right, devised by skunks. So many of my kids mates worked Saturday and Sunday when they were at uni because they could make a few quid without missing lectures. Some of the employers were polecats too, like sacking people who needed a weekend for a field trip when they were casual anyway. We worked pretty hard on the family farm, but we tried to have Sunday off. Business council=Mongrels.

Be careful what you wish for!

It seems to me that so much of the retail and services industry that will benefit from the cuts rely on most people not working on that day (to do their shopping, get their coffees), but don’t want to pay for the privilege of having workers to service those multitudes that do have the day off.

There will be minimal increase in employment from this. As you note BK, they are already filling jobs with 457 visas. No benefits for local kids, they can fill unskilled and low skilled jobs with imports. Kids again being screwed by the ruling class, little training, not being fully paid for hours worked, and now this.

Clearly businesses are both surviving and many thriving with the current set-up.

And there’s “the potential(?)” for all those jobs – Ryan – Q&A last night.
…. Like the potential for me winning Powerball this week?

And why do we have to have this two-tiered society? Why are some workers entitlements “more equal than others” – that theirs won’t be touched?
With this New Order, will schools be open 7 days a week…?

As Keane as also said many times before – weekend workers are also consumers, and now with less to spend. Let’s see how this little farce will play out into the middle term.