"Let's all vote for Henry" is running again as a candidate for Family First. Plus the other minor parties you might have heard of.

This year’s Western Australian state election features a whopping 16 parties (an increase of nine from the last poll in 2013). The role minor and micro-parties will play became clear when it was revealed the Liberal Party would preference Pauline Hanson’s One Nation above its traditional allies the Nationals. The move — astute or desperate, depending on who you ask — came despite WA Premier Colin Barnett seeming to not know what One Nation’s policies were. So, Crikey humbly submits this primer for the Premier on PHON and all the other minor and micro-parties he might be forced to deal with if the Liberals are elected for another term (a 50-50 prospect, according to recent polls).

For convenience we’ve divided our list into “proper” parties and the real micros. First up, the parties you’ve heard of.

“Minor” almost seems a misnomer for political powerhouse One Nation, with the right-wing populists tipped to be kingmakers in the west since well before the preference deal (thanks, perhaps, to their new “sophistication“). And this doesn’t seem to have changed despite scandal after scandal afflicting One Nation candidates.

David Archibald, One Nation’s Pilbara candidate, was found to have written an article in Quadrant condemning single motherhood as a “lifestyle choice” favoured by women too lazy to find a mate, adding that, left unchecked, this would lead to an increase in “ugly children”. Richard Eldridge, contesting the South Metro division, had a social media history rife with homophobia, racism, religious intolerance and advocating the murder of journalists. But Michelle Meyers went above and beyond, claiming that the “gender industry” used “mind control” techniques like those of the Nazis and Soviets to sway the general population towards accepting marriage equality. Lest this sound like garbled, conspiratorial ravings, Meyers was good enough to clarify that the information was readily available on Google. Oh, and then there’s Cameron Bartkowski’s taste for “bawdy” Facebook pages.

In addition to its general state policies — including opposing halal certification, endorsing medical marijuana and greater government subsidies for businesses that engage apprentices — PHON has set out three areas of policy in WA:

The WA branch of libertarian, gun enthusiast, accidental senator,  Bourke Street gag writer, and not-at-all-Bond-villian David Leyonhjelm doesn’t even have its own website, so it’s hard to gauge exactly what its policies are. Candidate for the Agricultural Region Stuart Hatch concedes the WA branch hasn’t “had time” to hash out a raft of WA specific policies, but as a “classical liberal party” voters would know “pretty much where we stand on the issues”. Hatch said he didn’t believe the controversy forever circling Leyonhjelm would be detrimental to LDP’s chances in WA. “It’s easy to take a comment out of context, or look at a tweet and conjure some outrage, but ultimately I think he’s done a great job advocating for libertarian values.”

On firearms: a belief that current licensing requirements in WA are “inefficiently administrated, too open to interpretation, excessively expensive and unnecessarily adversarial”. On fisheries: tougher sentencing for illegal poachers and compensation for commercial and charter fishers when fisheries quotas are reduced. On agriculture: fighting the encroachment on farming rights by “urban development and environmental issues”. Led by Rick Mazza, who became the party’s first Western Australian MP in 2013, they also believe payroll tax, land tax and stamp duty are “anti-enterprise, anti-business, anti-investment and anti-jobs”. The party is running a record 35 candidates across both houses.

Henry Heng, state secretary for the WA branch, veteran of five election campaigns (three federal, two state) told Crikey that Family First WA was looking at arresting the erosion of “family values” in modern society, citing the recent scandals involving politicians abusing travel expenses as an example. “People used to try to be elected to serve, now it’s to see what they can get out of it.” Despite Family First’s history of vocal opposition to marriage equality, paid parental leave and other socially progressive policies, Heng doesn’t mention any social policies until prompted. “We oppose changing the definition of the marriage,” he said. “But this is a federal jurisdiction, not state.”

Heng concedes that Bob Day’s loss of his Senate seat is a blow. “I’ve met him, he’s actually a nice guy, but unfortunately his business failed and he had no choice but to vacate his seat.”

Heng is perhaps most famous for one of the best jingles in recent Australian political history, from the 2013 WA election … 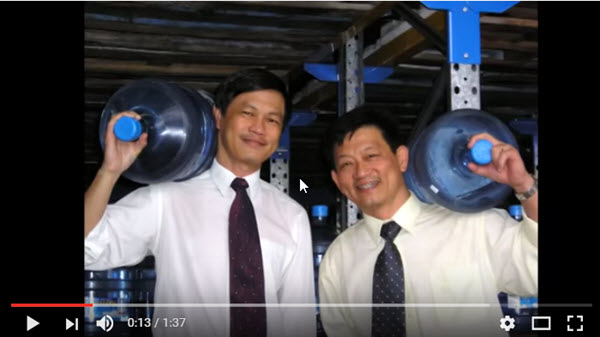 Australian Christians have made the most noise about federal issues like same-sex marriage and their ahead-of-the-curve opposition to Safe Schools. State party manager Maryka Groenewald sunnily spoke of the positive approach the party wanted to make to WA voters in August last year. But following the links on their website to specific WA policy reveals nothing but their list of candidates for the state election. There’s some  guesswork at play, but their general policies include zero tolerance for drug offences, greater support for senior Australians and an opposition to any carbon tax while the science on climate change remains “inconclusive”.

Disappointed not to see the Animal Justice Party included in the “parties you’ve heard of ” section, given we have an MP in NSW and polled more primary votes than both Family First (50% more) and the Liberal Democrats (20% more (and just exactly has actually heard of them?)) in the 2016 federal Senate election. K Love Convenor, Animal Justice Party WA

This has puzzled me for some time: who gave permission for Hanson and her assorted rabble to be photographed outside WA Parliament House?

Are they perhaps the prospective WA team

Alicia Sutton
Reply to  The Curmudgeon

It’s a public space – anyone can have their photo taken on the steps of Parliament House. As long as they don’t get past the steps, I don’t care.

“This stuff is why the Aliens won’t talk to us”