Good morning, early birds. Tony Abbott lays out his five-point plan, penalty rates reactions are just as expected, and runs and runs in India. It's the news you need to know, by Sally Whyte and Max Chalmers.

Former prime minister Tony Abbott has laid out his vision of what the government needs to do to win the next federal election — and funnily enough, it’s not what PM Malcolm Turnbull is actually doing. Speaking at the launch of a book of conservative essays titled Making Australia Right, Abbott said:

“In short, why not say to the people of Australia: we’ll cut the RET, to help with your power bills; we’ll cut immigration to make housing more affordable; we’ll scrap the Human Rights Commission to stop official bullying; we’ll stop all new spending to end ripping off our grandkids; and we’ll reform the Senate to have government, not gridlock.”

The Guardian‘s Katharine Murphy has labelled the speech Abbott’s “most provocative insurgency yet” after months of less than complimentary comments about his predecessor Turnbull.

EVERYTHING YOU NEED TO KNOW ABOUT: PENALTY RATES

The Fair Work Commission’s announcement that Sunday penalty rates will be cut for workers in the hospitality, retail, fast food and pharmacy staff has received the standard responses from political, business and union leaders. So just where are we at? 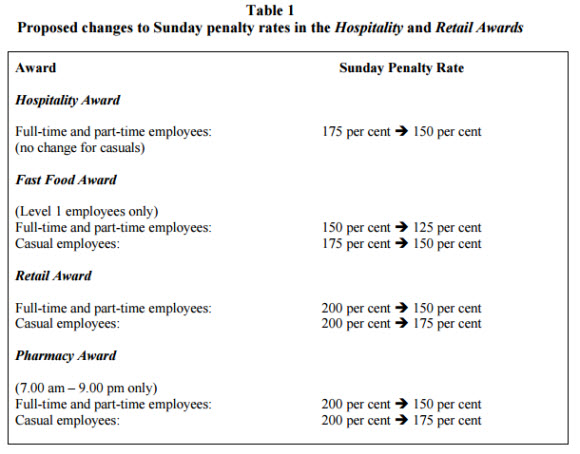 Australia Post CEO Ahmed Fahour says he is resigning from the job, just weeks after his $5.6 million pay packet was revealed by a Senate committee. Fahour says the controversy over his pay is not the reason he is leaving, and he defended the figure, saying running Australia’s postal service was more complicated than running a fish and chip shop. Fahour’s replacement won’t be taking home as much money, with the government removing the Australia Post board’s ability to set the remuneration of the CEO.

Planning under way for Malcolm Turnbull and Donald Trump to meet 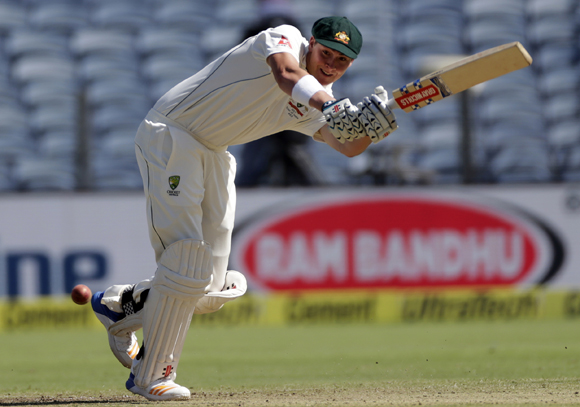 (Matt Renshaw on his way to 68 yesterday)

Brisbane: The Queensland Redistribution Commission will release draft boundaries for new state electorates in Queensland. The change includes increasing the number of seats from 89 to 93, and according to The Courier-Mail it has “smashed and reshaped the electoral map”.

Sydney: Labor leader Bill Shorten will speak at a “Faith, Politics and Public Policy” event on how his beliefs affect his public policies.

Ken Henry is right, business needs to get on with running the country — Laura Tingle (Australian Financial Review $): “Business may not be able to fix the budget, but Henry argued that two of our biggest challenges – climate change and infrastructure – are things that business can, and should, effectively fix itself.”

ALP’s own appointee delivered the party’s bitter pill — Ewin Hannan (The Australian $): “The bitter pill for Labor and the unions is that the historic penalty rate cuts have been delivered by Iain Ross, the ALP-appointed Fair Work Commission president and former senior ACTU official.”

Face it, penalty rates are a hangover from a bygone era — John Slater (Sydney Morning Herald): “In an age where church attendance has bottomed out to barely 15 per cent, fairness does not require paying workers a 200 per cent premium – often more than $36 an hour – simply for coming to work on a Sunday.”

Wage cut comes while living expenses are at an all-time high — Luke Hilakari (The Age $): “There is substantial evidence that shows regularly working on weekends has negative impacts on our social lives, our ability to engage in family life and our health. We also know that almost 20 per cent of the working population rely on this type of work.”

Why not let us access super to buy a house? — David Crowe (The Australian $): “Scott Morrison and his assistant minister, Michael Sukkar, are keeping supply measures (land release) and demand measures (tax, super) on the table. Their consultation with the backbench has already led to speculation about some of the ideas. Their challenge will be to hold a steady course without being panicked into ruling out options.”

We have an obesity problem, but another tax isn’t the answer — Geoff Parker (Sydney Morning Herald): “France, like Hungry and Finland, has had a discriminatory tax in place on certain foods and drinks for some time. The European Commission undertook a study on the efficacy of these taxes and found they led to job losses and had no discernible impact on public health.”

President Donald Trump has rescinded an Obama administration rule that allowed transgender students to use their chosen bathroom at school. A significant issue for the religious right, the decision caused division in Trump’s cabinet, with billionaire donor and Education Secretary Betsy DeVos opposing the change. She was overruled by Attorney General Jeff Sessions and Trump.

Secretary of State Rex Tillerson is visiting Mexico to try to sooth relations.

A debilitating wave of violence and suicide attacks continues to rock Pakistan, with a further 10 people killed by another bombing in Lahore. At least 130 people have been killed in recent weeks, with the major attacks mostly linked to the Taliban and Islamic State militants. — Reuters

BBC journalist Jonathan Head is facing up to five years prison in Thailand after publishing an investigation into fraud on the island of Phuket. Unlike most other countries, defamation is not a civil offence in Thailand. — The Guardian

Iraqi forces have stormed Mosul airport, a key piece of infrastructure still held by Islamic State militants. The attack is part of a final push to recapture the civilian heavy west side of the city, overrun by IS in 2014. — Reuters

Trump’s deportation surge (Wall Street Journal): “By all means deport gangbangers and miscreants. But Mr. Kelly’s order is so sweeping that it could capture law-abiding immigrants whose only crime is using false documents to work. This policy may respond to the politics of the moment, but chasing down maids and meatpackers will not go down as America’s finest hour.”

A conservative plan to combat global warming (Project Syndicate) “We believe the risk that CO2 emissions will lead to dangerous future increases in global temperature is high enough that a policy should be adopted to reduce it.”

How Trump’s campaign staffers tried to keep him off Twitter (Politico): “A former senior campaign official said Nunberg and his successor, former communications director Jason Miller, were particularly skilled at using alternative media like Breitbart, Washington Examiner, Infowars and the Daily Caller to show Trump positive coverage. And once they got the stories published, campaign officials with large numbers of Twitter followers would tweet them out.”

When evidence says no, but doctors say yes (Pro Publica): “When you visit a doctor, you probably assume the treatment you receive is backed by evidence from medical research. Surely, the drug you’re prescribed or the surgery you’ll undergo wouldn’t be so common if it didn’t work, right?”

The recent explosion of right-wing news sites (Axios): “While there has been a large increase in the number of new news sites over the past 20 years, almost all of them have a partisan angle … according to experts, digital technology has made it easier to exploit the political divisions that have always existed.”