It's not merely coincidence that our last remaining hold-out on the question of fixed parliamentary terms is the national Parliament.

Ever since the Hawke government comprehensively failed in its bid to get a package of four referendums up in 1988, serious proposals for reform have been limited to the largely symbolic questions of republicanism and indigenous recognition.

By contrast, Coleman’s proposed private member’s bill involves some fairly heavy duty re-engineering of the basic arrangements of our federal tier of government.

The existing system of non-fixed three-year terms reflects the prevailing wisdom at the time the constitution was drafted in the last decade of the 19th century.

The great political thinkers of that age took very seriously the notion that parliamentary representatives were delegates of their local communities, who could only be relied upon to behave as such if they were regularly held to account.

A century beforehand, the apostle of the American Revolution, Thomas Paine, hoped annual elections might do the trick — a mode of thinking that survives in the two-year terms for the United States’ House of Representatives.

Three years seemed like best practice by the time Australia’s colonies were granted self-government in the late 19th century, and this was carried over to the national Parliament at federation in 1901.

But as the 20th century progressed, the rise of disciplined mass parties in response to more-or-less universal suffrage encouraged a more limited view of elections as a blunt instrument for ensuring governments didn’t stray too far off the democratic track.

When new constitutions were drafted in continental Europe after World War II, four- or five-year terms were the norm, partly reflecting a desire to put liberal democracy on a more stable footing than had prevailed during the chaos of the inter-war years.

Australia’s state parliaments eventually followed suit by moving from three- to four-year terms, starting with Tasmania in 1972, and ending with a 53.0% yes vote in a referendum in Queensland last year.

However, it’s not merely coincidence that our last remaining hold-out is the national Parliament.

While a state parliament’s term lengths are entirely the affair of the state in question, the three-year House of Representatives term forms part of an intricate compromise reached between all six, without which the grand bargain of federation might never have been struck.

Part of the arrangement was that senators, as well as being all but equal to members of the House of Representatives in their legislative power, would be kept at arm’s length of the executive branch’s prerogative to dissolve Parliament and call a fresh election at its whim (notwithstanding the very significant qualification of the double dissolution mechanism).

Any attempt to extend the term to the new standard of four years thus faces a series of obstacles — overarching which is a constitutional amendment process that has tripped up all but eight of the 44 proposals put to referendums since federation.

When the Hawke government floated a four-year terms amendment as part of its aforementioned package of reforms in 1988, it proposed ending the complicated rigmarole of staggered Senate terms and applying the four-year term to both houses.

Voters in the smaller states had already knocked back two offers to align House and Senate terms at referendums in 1974 and 1977, having been persuaded that it would weaken the Senate as their bulwark against the larger states.

Incorporating four-year terms into the proposal singularly failed to make the difference, with a meagre 32.9% of the nation’s voters offering their assent.

No doubt one of the problems was that the terms were to have remained unfixed, so that the government of the day would simply have had another year to play with, to use or not use as it saw fit.

David Coleman has drawn the appropriate conclusions, proposing fixed terms and the maintenance of the existing constitutional balance by lengthening the Senate term in proportion to that of the House.

It’s on the latter count that a new difficulty arises, as voters are very unlikely to warm to the idea of electing their Senate representatives to eight year terms.

History shows voters need very little persuading to err on the side of caution when governments seek to tinker with the Constitution.

Those hoping to put a spoke in the wheels this time around would need do little more than point to Cory Bernardi, who has chosen to go on a self-indulgent frolic after being elected to serve as a Liberal in the middle of last year, and now sits beyond the judgement of voters until 2022 — which could potentially have been 2024 under the arrangement proposed by Coleman. 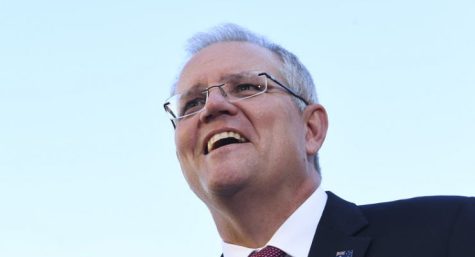 How good is a mandate?

Suddenly, plebiscites are all the rage

The tendency to extremism in modern governments certainly scares me off 4 year terms.

Why only the option of the current 3-year terms or a fixed 4 year term?
Can there be compromise and start with fixed 3 year terms?

I agree but you wouldn’t get this proposal past the self interested senate.

A facility for recall elections would be better.

A four yearly performance review is hardly an incentive to do a good job.

Regardless of the House/Senate term issues, I wouldn’t be in favour of any lengthening of House terms until a number of considerable reforms are first carried out: much tighter donation laws, a federal anti-corruption commission, proportional voting for the lower house to get rid of over-serviced marginal seats, restrictions on political careerists transferring from being advisers to MPs to lobbyists, etc. Get all that done, and we can talk about term lengths. No way I’d give the current bunch an extra year to waste under current conditions.