Only Bill Shorten's Victorian Right of the Labor Party are hesitant to change the ALP's position on Israel. But with the Left ascendant, is strong support for Palestine on the cards? Labor insider Ben Chiefly reports.

As I foreshadowed more than three weeks ago, the Middle East crisis, the aggressive expansionist Netanyahu government and the Trump administration are combining to stir emotions within the Australian Labor Party federal caucus.

By way of background, last year, in one of Barack Obama’s last significant acts as president, he directed the United States to abstain rather than veto Security Council Resolution 2334.

It condemned Israel’s continued building of settlements on occupied Palestinian land that it views as illegal under international law and destructive to the Middle East peace process and the two-state solution. The resolution passed unanimously — but for the United States abstention — and it shook the Israeli government to its core, provoking an aggressive diplomatic response.

In his finals days in office, former secretary of state John Kerry made an impassioned speech, in which he said: “But here is a fundamental reality: if the choice is one state, Israel can either be Jewish or democratic. It cannot be both — and it won’t ever really be at peace.”

However, that was then and this is now.

Australian Palestinian Advocacy Network (APAN) president Bishop George Browning told Crikey: “The election of Trump has emboldened the right wing government in Israel to continue their quest to colonise the West Bank and deny the Palestinians their right of a sovereign and independent state. With these moves, the consensus for a two-state solution is eroding and may result in a change of demand by the Palestinians for equal rights under one state.

“In the short term our approach of using the international framework to resolve the conflict has not changed, and that in essence informs our support for the two-state-solution on the pre-1967 borders.”

It appears that the United States under Trump will now act at all costs as a permanent veto against any United Nations resolutions it views as being “anti-Israel”.

There is nothing the Netanyahu government can do now that will earn them more than a slap on the wrist from the current United States government.

This at a time when the Knesset (Israel’s parliament) retroactively confiscated occupied Palestinian land in the West Bank, with 4000 illegal housing units on it.

Like all political leaders around the world in this environment, Bill Shorten is facing internal party pressure to strengthen Labor’s position in response to Israel’s ongoing intransigence.

Longtime activist in this area Wendy Turner of the Queensland Left, who sits on the APAN executive, had a powerful ally in Tony Burke of the New South Wales Right.

Together their motion on the situation in the Middle East passed Labor’s 2015 national conference. It reads in part:

“The Australian Labor Party Conference:
AFFIRMS Labor’s support for an enduring and just two-state solution to the Israeli-Palestinian conflict, based on the right of Israel to live in peace within secure borders internationally recognised and agreed by the parties, and reflecting the legitimate aspirations of the Palestinian people to also live in peace and security within their own state.
DEPLORES the tragic conflict in Gaza and supports an end to rocket attacks by Hamas and the exercise of the maximum possible restraint by Israel in response to these attacks.
SUPPORTS a negotiated settlement between the parties to the conflict, based on international frameworks, laws and norms”

The one significant hold-out was Bill Shorten’s Victorian Right. They fought the motion tooth and nail. It’s a big deal the Opposition Leader’s faction was rolled on national conference floor.

The Labor MP most staunch and strident in their defence of Israel is Melbourne Ports’ Michael Danby. He’s backed by the “Shoppies” union and is of Jewish descent.

Mark Dreyfus, who is also Jewish, is another heavy hitter within the Victorian Right.

This duo appears to carry significant sway within the federal Victorian Right caucus of 13 people and are able to hold back any weakening of their faction’s position on Israel.

I’m told a few Victorian MPs might be concerned about the reaction of a large number of Jewish voters in their electorates and the reaction of the pro-Israel lobby to any toughening of the current party position.

Asked about the influence of the pro-Israel lobby within Victorian Labor, APAN told Crikey: “There are several groups sympathetic to right-wing Israeli interests that are both skilled at lobbying and have disproportionate access to those in power. We think it is vital for any parliamentarians to be transparent about the access lobby groups have to them.”

By the numbers, there are 57 members of the National Right within the 95 member federal caucus.

New South Wales Right make up 32% of the National Right, with Victorian Right close behind at 28%.

Shorten has been tested time and again when it comes to stamping his authority on his factionally fractious home branch, but thus far he has been found wanting.

He’s consistently linked back to a murky web of connections in the byzantine world of Victorian Labor politics, and that’s when he’s at his weakest.

It is believed that the next Labor government could have majority support within caucus and potentially the national executive to strengthen the current party position in favour of Palestine, with the Victorian Right the only holdouts.

It can’t be discounted that the Victorian Left, who are joined at the hip with the Victorian Right by virtue of the oft talked about “Stability Pact”, would also fight the move, being forced to hunt as a pack with their right-wing alliance partner in defence of the party leader.

The Burke/Turner motion of 2015 said if there was “no progress in the next round of the peace process, a future Labor government will discuss joining like-minded nations who have already recognised Palestine”.

There will be no progress and clearly, the preconditions for this “discussion” on Palestinian recognition being party policy are met.

When right-wing Labor Party figures of their stature use language like “apartheid state” you know it’s dire.

This topic won’t be going away anytime soon, and the situation is worsening weekly.

Shorten has in the past front run on big issues taking strong public positions — most recently on asylum seekers and marriage equality — and dared the party to defy him.

He knows how to play the power game.

The question is: will Shorten lead from the front on a recalibrated Middle East policy or follow his factional mates?

Netanyahu will be meeting with Prime Minister Malcolm Turnbull today, but all eyes will be on Bill Shorten for signs of shifting sands within Labor in this policy area. 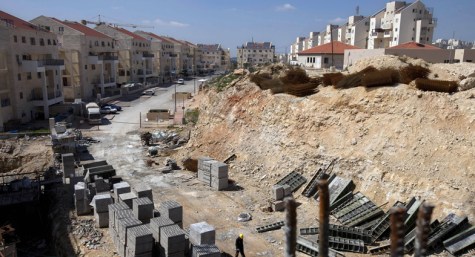 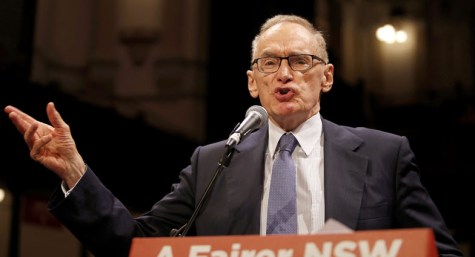 Labor’s Palestine recognition push is too little, too late

The fundamental flaw with the motion you quoted is that it persists in the fiction of a two state solution to the problem. That is delusional and nothing in the past 50. Years detracts from that conclusion.
The only viable solution is a unitary secular state. As that is unlikely to be accepted by the current regime we are doomed to a continuation of the failed policies of the past 50 years, with the Palestinians being the main losers.
The Australian government’s support for this abhorrent regime is nothing short of despicable.

This is a very interesting comment. How would one go about establishing this state? Please could you give me a link to lead me into further information.

The Israeli government policies will ensure that Israelis will never live in peace, nor will they ever know peace.

Not as if this is new – Gen 12.6 “Abram passed through and the Canaanite was then in the land” and the wonderfully inclusive, multi-culti Numbers 33.52 “Drive out all the inhabitants of the land from before you and destroy all that is theirs”.
That’s the trouble with believing in gods, they tend to be a bit bigotted.

It’s hard to argue with the content of the Conference motion.

Mr O’Neill, you may well be right, but a one-state solution is what we have at the moment and that is going nowhere fast, and it wouldn’t be too much of a stretch to imagine that is just what the Israeli lobbyists are calling for.

I can at least imagine a two-state solution. A unitary secular state is not only hard to imagine, but impossible to think that Israel would accept that, so stalemate number 4 gazillion.

And compared to the Netanyahu what would the political reception be like if next week the Palestinian leader came to visit? Oh I forgot, he probably wont be eligible for a visa on some pretext or other.