We paid for the Libs’ post-election, celebratory ‘tiger prawns with chili jam’

The government spent almost $5000 throwing a party for itself after the 2016 election, documents released to a Senate committee show. In answer to a Senate estimates question to the Department of Prime Minister and Cabinet on functions held by the ministers and assistant ministers last year, it was revealed that a reception for “Coalition members/senators” held on July 17 was charged to the taxpayer. While other functions reported on, including a reception for Singaporean Prime Minister Lee Hsien Loong, included a breakdown of guests, the function for MPs had no such guest list available. We got more information about the guests at a dinner for the “intelligence community”. Government MPs were treated to fancy items like “Moroccan lamb rissoles and harissa yoghurt” and “Australian tiger prawns with chili jam”, there were still sausage rolls and meat pies (it’s not a good party without those). When it comes to the $1269.02 of drinks consumed, our pollies got to have George Jensen NV Sparkling (no Cristal, what a shame), some other local wines and two varieties of beer. Non-drinkers could have water, tea and coffee. 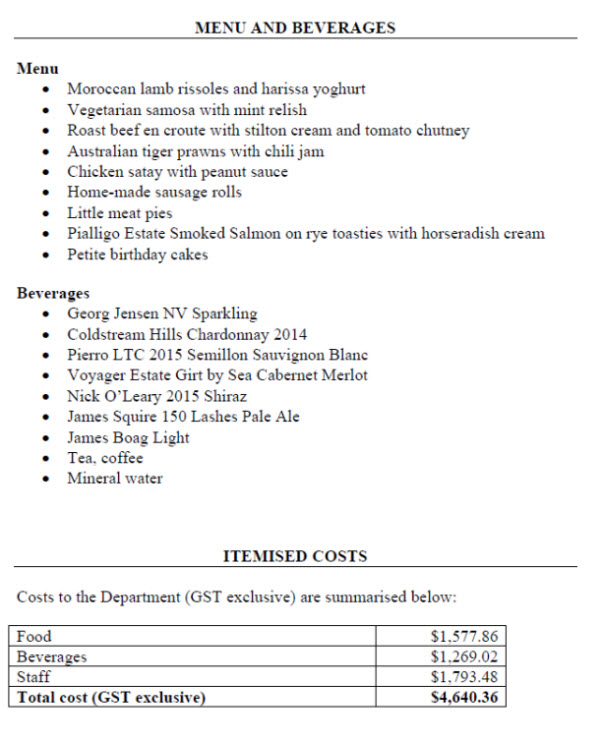