You know you don't want to have to read The Australian on the weekend. So we've done it for you.

Richo on the Greens

From a foreign country — well, The Inn of Celestial Happiness (BYO) — cometh news of coal and gas, from Richo. It’s all good, he claims in the Oz on Saturday, in about the fourth article in 10 days on how great old energy is. Such devotion the NSW Right shows to the cause of coal and gas! How selfless!

Along the way, Richo has another swipe at t.e.h. Greenz, whom he believes are a failed party. “They’ve had the same vote for decades!” “Bob Brown must be disappointed after three decades!” It’s a flat-out lie and he knows it. The Greens as a unified party are little more than 20 years old, and in the 1996 election their national primary vote was 1%. It’s now 10%, a 900% increase off that base, doing the numbers (or “adding the bill,” as Richo calls that these days). The vote growth has levelled off because the Greens are a class party, of the knowledge class, competing for votes with Labor in that area.

To be fair, Labor’s primary vote has not been stagnant — it’s fallen. In 1996, when it was shellacked, it took a 39% primary vote. It built that, in 2016, to a 35% primary vote. A stunning achievement! More dumplings! Should One Nation gets its act together, it will be taking votes not only from the Coalition but from Labor in the ‘burbs and regions, at the same time as Labor fights off the Greens in inner-city seats. I am very much looking forward to the Labor electoral formula that can cover a campaign in Rockhampton and Northcote, Eastern Perth and Petersham. Perhaps Richo should spend less of his time worrying about the Greens — who are no doubt grateful for the concern — and more about helping Labor avoid the fate of UK Labour, Scottish Labour, The French Socialists, and, well, just about every large-scale social democratic party in the West, all due to its “electoral geniuses” from the Right, who have hollowed the party out, and handed it to the Left.

The numbers are heading south of 30. Eat your greens, Richo. We want to to read the articles you write when it does. — Guy Rundle

Just the way you are

“Is there a Grammy/Nobel/Pulitzer for Worst Op-Ed Opening?” Tim Lyons asks, nominating Tim “Flight Centre” Wilson’s piece in the Inquirer for the honour. It’s a beauty, a prime example of the old “nail soup” technique of getting a recalcitrant piece done: start anywhere, and then remove the first image. Except he forgot to take the nail out. “In Billy Joel’s ‘We Didn’t Start The Fire’, he captured the challenge facing contemporary centre-right politics: ‘We didn’t light it, but we tried to fight it'” (how the student Libs love Billy, decade in, decade out: dead at 20, buried at 80, that lot). The rest of the article is the usual one hand/other hand, classical liberalism is t.e.h true, load of wind. The trouble with leaving the Billy opener in is that it turns the whole of the article into a lit fart. — Guy Rundle

In other news from the world’s wackiest weekend broadsheet (saved by a brilliant and essential piece by Rob Manne on Trump and Russia), the dinkus on Chris Kenny’s 29th article on Islam — 29th in that issue! — suggests that he has grown a beard. Or a chin. Hard to tell. — Guy Rundle 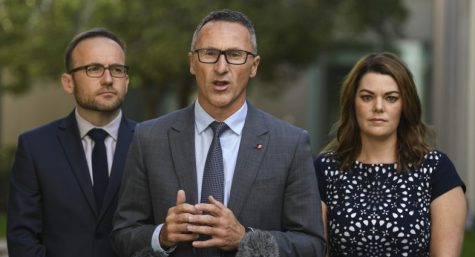 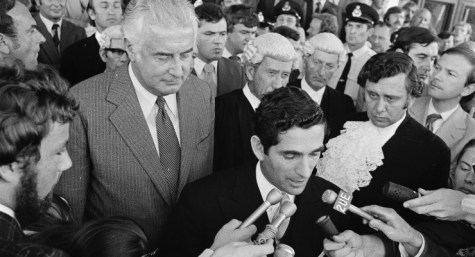 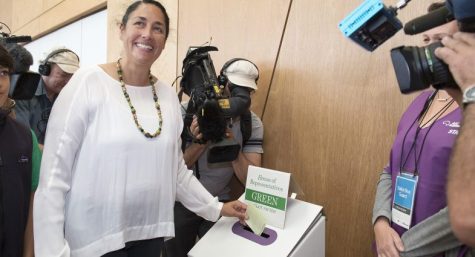 This – reading Inquirer so we don’t have to – is a wonderful service.

” it will be taking votes not only from the Coalition but from Labor in the ‘burbs and regions,”
Labor has not done a good job of looking after the workers. The privatization of various utilities and transport monopolies has not served the workers.

In Queensland, “the workers” threw out Anna Bligh for attempting too much privatisation. Now “the workers” are threatening to throw out the new Anna – Palaszczuk, or instead, vote for Pauline Hanson’s zombies, unless Labor ‘privatises’ the Galilee Basin coalfields by paying for their development with public money. Palaszczuk has rolled over already, giving Adani a long term lease over the Abbot Point coal loading port for peanuts. As soon as they can, Queensland and the Commonwealth will find a way to roll Native Title into irrelevance and use taxpayer’s money to fund railways, rolling stock and whatever it takes (even paying coal miners’ wages?) to appease a handful of voters who once pretended to be workers (Labor) but are more likely now to be One Nation voters. Labor buying votes for One Nation, who’da thunk it?

Why oh why adoes anyone ever believe anything the bloated old toad Richo ever says?

Given ‘Man of the Trees’ Richo underwent major surgery recently, the Master’s quip re Randolph Churchill’s medical treatment – “Dear Randolph, the doctors removed everything except the malignant part.”