Worner will host a conference call with analysts at 10am tomorrow morning. But will journalists be allowed to ask about the Amber Harrison affair?

Has there ever been a public company CEO under more pressure ahead of a results briefing than besieged Seven West Media boss Tim Worner?

Worner will host a conference call with analysts at 10am tomorrow morning, about one hour after the audited Seven West half-year results are released. Journalists were given more than 48 hours’ notice of the February 2016 briefing, but the call-in details have, this year, been delayed until this afternoon.

Journalists will be on the call, but it is not year clear whether they will be allowed to ask questions, particularly about the Amber Harrison affair. As an independent freelance journalist, I’ll certainly be trying.

Harrison wasn’t represented in court or given any prior notice that it was on. And even if they had shown such courtesy, Seven initiated the aggressive action in Sydney, knowing full well their target lives in Melbourne.

Having received the sweeping orders from Justice Robert McDougall at 12.55pm yesterday afternoon, Seven’s lawyers then proceeded to bombard a range of media outlets, including Twitter, with predictably terse legal letters.

A quick look at Harrison’s Twitter account shows that the US social media platform has removed some of her tweets, but despite claims she was locked out for part of this morning, the whole account remained publicly available early this afternoon.

[Mayne: Seven on the warpath, but Amber Harrison won’t be silenced]

Crikey has now received five such letters from Seven West lawyers following our various stories over the past two months, which has presumably cost Seven West shareholders tens of thousands of dollars. They are usually labelled “PRIVATE & CONFIDENTIAL AND NOT FOR PUBLICATION”, but part of the latest effort just reiterates the sweeping court orders — which is a public document — and states, among other things, that Amber Harrison is prevented from:

(a) disclosing, copying or reproducing any confidential information belong to Seven (including but not limited to confidential information belonging to a third party and text messages, email communications, photographs and all other forms of electronic and physical documents and communications (whether original or copies) including “screen dump” and whether sent to or by Ms Harrison;

(b) giving any interviews to any medium or media, or from making, authorising or procuring any public statement, publication, off the record comment, background information, publications, press releases, press conferences, or from participating in social media, about Seven, her employment with Seven or Mr Worner or other employees or officers of Seven, among other things;

(c) making any adverse statement about, publicly disparaging or otherwise bringing into disrepute Seven, Mr Worner or other employees or officers of Seven, among other things or causing any other person to do so, whether directly or indirectly.

Has an Australian media company, which profits from free speech and normally fights such moves, ever been involved in imposing such a sweeping gag order on a public figure before, without even giving them a chance to contest it? No wonder the judge initially only wanted it imposed for 24 hours, before later agreeing to a seven-day extension to give Harrison’s legal team time to prepare.

When Harrison didn’t initially curl up into a ball and agree to say nothing yesterday afternoon, Seven threatened to initiate contempt of court proceedings today and pressured Twitter to delete specific tweets.

Next Wednesday will be the first time the three-year battle will have gone to a contest in open court, which is risky for all concerned given the heightened media interest. Common sense would suggest a final settlement covering all outstanding matters should be reached, allowing everyone to get on with their lives.

Alas, Seven is going in boot and all. The court order was issued at 12.55pm yesterday, but it is believed Harrison only found out about it through the media and Twitter.

Seven West also continued its strategy of bypassing investors by not releasing yesterday’s press release on the ASX announcements platform.

Lo and behold, having legally silenced Harrison under threat of “sequestration of property and imprisonment”, Seven West Media independent director Jeff Kennett then launched against her on Twitter last night, knowing full well she was unable to respond.

The court order even makes the following reference: “Expenses means approximately $262,000 of unauthorised personal expenditure on the corporate credit card of the defendant.”

All of this could be worked over during tomorrow’s results teleconference, but don’t be surprised when someone like Seven spin doctor Simon Francis opens proceedings with a comment along the lines of:

“Hi everyone, welcome to this results briefing. Just to clear one matter up at the start, we won’t be making any comments on the Amber Harrison matter as this is currently before the courts and is therefore sub judice, suffice to say that the board stands by its earlier comments and has complete confidence in the CEO.”

Kerry Stokes should be on the call given he is the person standing by Worner more than anyone, but if Stokes is there, then so should one of the independent directors to back up the position of the increasingly discredited board.

As for former director Sheila McGregor, the pressure is mounting for an explanation as to why she resigned. 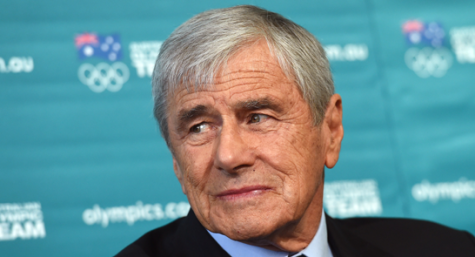 We could be forgiven for thinking you are making up this sordid soap opera, Stephen. And there’s no doubt you have pre-empted Simon Francis’s line.

The boys’ club is running scared, in a pack, egged on by their expensive legal team. Clearly, they have no clue how foolish they appear to outsiders.

SM, don’t you have this back to front? We need an explanation for why only one Seven board member has resigned; anyone with integrity would have resigned by now. These carpet-walking suits might be feeling smug and righteous, but if they could only see what we see.
Maybe Seven has decided to increase their drama content by acting out scenes from Dickens’ Bleak House with McWilliam as the evil lawyer Mr. Tulkinghorn?