What is Roe 8 and why has it become a vote-winning issue in WA?

It would be WA's first toll road, and represents the first stage of the $1.6 billion Perth Freight Link.

The Roe 8 controversy is shaping up to be one of the defining issues of March’s Western Australian state election. It has split the major parties and attracted ongoing and acrimonious protest, with police being accused of using heavy-handed tactics in dispersing protesters. But what does the project actually involve, and what has got its opponents so riled?

What is the Roe 8 project?

“Roe 8” refers to a $450 million extension of the Roe highway from its current end at Kwinana Freeway in Jandakot to Stock Road in Coolbellup, roughly 10 kilometres south-east of Fremantle.

It would be WA’s first toll road, and represents the first stage of the $1.6 billion Perth Freight Link,which was announced by the Barnett government in May 2014, a heavy-haulage route designed to get freight to Fremantle Port. The link is 60% funded by the Commonwealth.

The WA government says building Roe 8 will ease congestion by taking 2000 trucks off Leach Highway between the freeway and Stirling Highway each day, and thousands more off other surrounding roads.

What’s the source of the controversy around Roe 8?

The extension would run through the Beeliar Wetlands, requiring the bulldozing of roughly 100 hectares of bush land. This has drawn the ire of conservationists, academics, indigenous groups and local residents. Oh, and singer John Butler.

WA Labor has promised to scrap the project if the party wins the upcoming election, and federal Opposition Leader Bill Shorten promised to pull Commonwealth funding in the lead-up to the the 2016 federal election.

The group has launched a series of court cases attempting to stop the extension.

What was argued in court?

In December 2015, SWB argued in the Supreme Court that WA’s Environmental Protection Agency had not followed its own policies in recommending that Environment Minister Albert Jacob approve the extension. This was successful, with Chief Justice Wayne Martin finding the approval invalid, and the project was halted.

However, this was unanimously overturned in the Court of Appeal the following July, with then-president of the Court of Appeal Carmel McLure handing down the ruling that the EPA was not legally required to follow its own policies, on the grounds that they are not “mandatory relevant considerations”.

SWB filed for special leave to challenge the decision and applied for an interim injunction on construction work. In January this year, that was also knocked back.

What are the environmental implications?

The major crux of the environmental argument is is the wildlife that will be affected. The Beeliar Wetlands is home the Carnaby’s black cockatoo, Baudin’s black cockatoo and the forest red-tailed black-cockatoos.

“At the state level, all three black‐cockatoos are listed as fauna that are ‘rare or likely to become extinct and therefore in need of special protection’ under the Western Australia Wildlife Conservation Act 1950. The Western Australian Threatened Species Scientific Committee has classified the Forest Red‐tailed Black‐ Cockatoo as vulnerable, and Carnaby’s Black‐Cockatoo and Baudin’s Black‐Cockatoo as endangered.”

What is the government’s defence?

Professor of environmental management at Edith Cowan University William Stock was engaged as by SBW’s lawyers as an expert witness. His assessment of the EPA’s offsetting provisions was submitted as an affidavit in support of the injunction, December 2016. He believes the plan is unclear, internally inconsistent and its conclusions are not supported by its content. He contrasts the assertion on page 8 that there is 459.6 hectares of potential Carnaby’s black cockatoo foraging habitat within the offset area, with a later table that states Lake Clifton only has 77.84 hectares of good-quality Carnaby’s black cockatoo habitat.

“This issue is emblematic of the broader issues of offsetting,” Stock told Crikey.  “Research has shown that all remaining Banksia woodland is already being used as a food source, so adding more of this vegetation type to the conservation estate is good for conservation, but if it doesn’t maintain the extent or add to the foraging area there is still a net loss of habitat.

A spokesperson for EPA told Crikey the agency considers offsetting only as a last resort when avoiding or mitigating environmental impacts where impossible.

“In the case of the Roe Highway Extension proposal by Main Roads Western Australia, the EPA assessed the significant impacts of the proposal after all steps had been taken by Main Roads to avoid, minimise and mitigate environmental impacts,” the EPA said.

“Having considered the impacts of the proposal, the EPA recommended strict conditions incorporating a package of offsets including restoration works and acquisition of at least 234 ha of potential foraging habitat for black cockatoos; at least 7.5 ha of potential breeding habitat and at least 7 ha of Conservation Category Wetland areas and an appropriate buffer.

Where is the project now?

Despite the controversy and Labor’s promise to halt the project, clearing and the attendant protest continues.

“I think [the continuation of clearing] supposed to be more psychologically demoralising, rather than practically efficient,” Kelly said. “But it’s had the opposite effect, it has energised people who were already protesting, and even people who are in favour of [Roe 8] think the clearing shouldn’t continue this close to the election.”

Who’s afraid of Kerry Stokes? Perhaps the EPA can tell us

With Tassie logging deal done, what about our other forests? 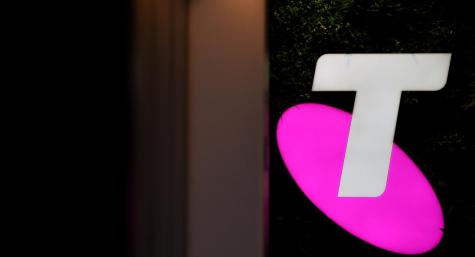 The Barnett government’s decision to proceed with land clearing, so close to the election, will likely be the single issue that sways the undecided vote against the Liberals. The sheer bloody mindedness of the decision to move in the bulldozers, just weeks before the election, rather than wait for the outcome of the election, epitomises the contempt the Barnett government has shown for the WA electorate over this issue. Many would argue it is just a continuation of an attitude that has prevailed for the last few years. Regardless, I believe on this issue alone, it will see them brutally punished at the polls.

It is also worth noting that the Port of Fremantle has a limited life as a freight-handling facility. Inevitably, there will be a new port built at Kwinana, and Fremantle will serve as a cruise ship destination.

I live 500m from the planned route. I think Charlie has gilded the lily just a tad in this article. A lot of the clearing appears complete. It’s certainly not 100 hectares of wetlands. I doubt its 100 hectares in total and if it is, at least 75% of that is the old Bibra lake horse paddocks and the asbestos dump by Coolbellup. While the protesters are certainly committed they’re not that many that you could say it’s an election issue. Barnett’s not going to lose any votes that count in Fremantle and Willagee because they’re solid Labor already.

im just doing this for a school assignment haha