Perhaps it's inevitable that right-wing nationalist politicians here in Australia should be attracted to authoritarian leaders overseas, writes senior researcher at The Australia Institute Philip Dorling.

Apart from strident anti-Muslim rhetoric and a tremendous belief in the power of “alternative facts”, one more striking feature of Australia’s “alt-right” fringe is the extent to which, for supposedly Australian nationalists, they are so keen to import and copy foreign political ideas.

Whether it’s Pauline Hanson, Malcolm Roberts, Cory Bernardi, or George Christensen; they are all running lines plagiarised from the American “alt-right”, and, perhaps even more curiously, from Russian President Vladimir Putin’s propaganda powerhouse in Moscow.

The centrepiece of Hanson’s anti-Muslim campaign — a bizarre declaration that Islam really isn’t a religion, and therefore shouldn’t enjoy our constitutional protection for freedom of religion and belief — has been lifted from American evangelical conservatives such a Pat Robertson as well as handful of crackpot right-wing ideologists including a former professor of electrical engineering who thinks statistics and quantum mechanics are the keys to understanding the Koran.

Many other slabs of One Nation’s political program — for example, their preoccupation with Halal food certification — are all lifted from the American and European alt-right scripts.

Hanson, Roberts, Bernardi and Christensen all celebrated Donald Trump’s presidential election victory. Hanson and Roberts clinked champagne glasses in front of TV cameras on the lawns outside the Australian Parliament. Bernardi has left no doubt that he has been inspired by Trump’s success, saying it was “a validation of all I have been warning about for many years”. Bernardi spent three months in New York on a taxpayer-funded junket, officially as part of Australia’s United Nations delegation, but mainly as a political tourist watching the US presidential election campaign. In a blog entitled “Learning from Trump’s Victory”, he enthused about an “enlightening” briefing by Trump’s adviser Kellyanne Conway, and described his time in the US as “invaluable”.

Pauline Hanson sees herself as leader of a Trump look-alike movement in Australia. Bernardi now wants to claim that status as well.

Not to be left out, Christensen has also called for “a Trump movement here in Australia”.

Across this crowded field, all have aped Trump’s slogans, albeit with awkward Australia adaptations such as “Make Australia Great Again” and “Drain the Billabong”.

Roberts displays a pro-Trump poster in the window of his Parliament House office as well as a variation of the Gadsden flag — a historic American flag featuring a rattlesnake and the motto “Don’t Tread on Me”. Although its roots go back to the American Revolution, the flag is now mainly associated with the ideological zealots of the Republican Tea Party faction as well as far-right gun-toting militias in the American backwoods. Although he also displays an Australian Boxing Kangaroo flag, Robert’s window looks more like a shrine to a foreign political movement than a display of Australian patriotism.

Also notable is Pauline Hanson’s sudden embrace of Vladimir Putin, a US alt-right pin-up boy, as a model of strong leadership “a strong leader”, and, like Trump, a political role model. “I’ve got no problems with Vladimir,” Hanson said this week. “Vladimir Putin and Donald Trump are strong leaders. … That’s what people want from leaders here in this nation.”

Similarly, George Christensen has launched a tweet-by-tweet defence of Putin’s takeover of Crimea, military action in eastern Ukraine, and intervention in Syria.

Christensen this week declared that Russia is “demonised unfairly” and any suggestion that Moscow intervened in the US presidential election campaign is “fake news”.

For good measure, he’s sure Russia wasn’t responsible for the shoot-down of the Malaysia Airlines flight MH17. Maybe pro-Russian insurgents played a role, but only “allegedly”, Christensen tweeted and then deleted.

To back up his view, Christensen tweets links to pro-Moscow propaganda sites such as Russia Insider and Zero Hedge that, in the shadow of the RT network, form part of what a recent RAND Corporation study described as Moscow’s “firehose of falsehood” that’s been so influential with the far right in both Europe and the United States.

Bernardi hasn’t openly enthused about Putin, but he has echoed some of Moscow’s lines, going out of his way to emphasise that Russia had “pointedly denied” that it hacked the US Democratic Party emails, adding that “whether Russia is indeed responsible for the information release … is rather a moot point.”

Bernardi sees himself as part of a global right-wing surge that “explains why Donald Trump won the US Presidential election. It explains Brexit. It explains why Marine Le Pen and Geert Wilders are becoming more popular by the day.” Bernardi wants Australian politics to follow in the same alt-right direction: “My time in the USA has made me realise I have to be a part of that change, perhaps even in some way a catalyst for it.”

Perhaps it’s inevitable that right-wing nationalist politicians here in Australia should be attracted to authoritarian leaders overseas, be it Trump or Putin.

There’s an old saying that a rising tide lifts all boats, and they are certainly emboldened and energised by Brexit, Trump, and perhaps in the months to come Marine Le Pen’s presidential campaign in France.

However, the populist right of the likes of One Nation’s Hanson and Roberts, Bernardi, Christensen and others all run the risk of looking like they are beholden, intellectually and politically, to foreign political movements that are, in reality, far removed from Australia’s distinct national interests.

What, for example, do they think of Trump’s ambitions to confront China, Australia’s No. 1 trading partner. Pauline Hanson’s anti-Asian sentiments may well come to the fore again, perhaps encouraged by anti-Chinese rhetoric from Washington. How will that square with “putting Australia first”?

The international alt-right movement doesn’t have an equivalent yet of the old Soviet Comintern; but One Nation and other Australian “alt-right” followers look a lot like the Australian Communist Party of the 1930s, all too ready to blindly follow whatever ideological fashions and dictates come from afar.

Australian patriots? They look a lot more like fellow travellers.

*Philip Dorling is a Senior Researcher at The Australia Institute @Ausflatfish

Dorling’s report is a first in a series of reports to be published by The Australia Institute on One Nation’s policies and practices and their origins and related matters. 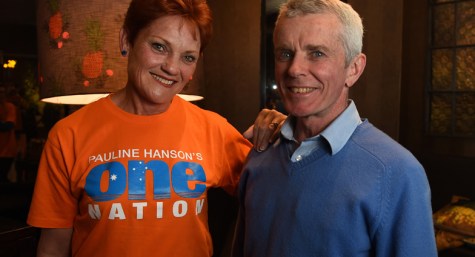 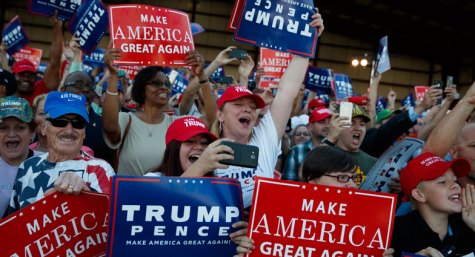 Trumpocalypse Down Under is closer than you think 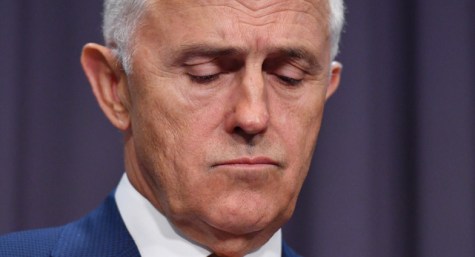 Too stupid or bigoted to have their own ideas. A collection of unAstralians

Waiting with interest for Bernardi’s report on his activity as part of the delegation to the UN.

It’s true that Australian nationalism borrows a lot of its core tropes from overseas (I’ve noted this in various articles about Hanson and other far-right figures), but the traffic isn’t all one way. This is a global discourse which Australian figures have both borrowed from and contributed to. I’m not certain that Robertson was the first one to start making that claim about religion being a political ideology and not a religion. Geert Wilders started saying the same thing at around the same time (and Wilders has made high-profile visits to Australia, which Robertson has not). And (as both Rundle and I have noted elsewhere) campaign against the halal certification of groceries (as opposed to slaughter) has taken off here in a way that just hasn’t happened elsewhere. (It has echoes of US white supremacist campaigns against kosher certification.) Yes, Australian patriots are unAustralian – but no more so than American patriots are unAmerican and British patriots are unBritish and Dutch patriots are unDutch. Patriotism is global.

This is one reason why some of the derivative fascist movements in the 1930s failed to make headway (e.g. British Union of Fascists). It’s quite difficult to look like good nationalists when your whole movement looks and feels as if it’s been copied from overseas. This was much less of a problem for the communists, who claimed to be part of an internationalist movement, which mostly claimed to despise nationalism (despite Stalin’s and Mao’s chauvinism).

No – we are taking our country back from undeserved grubs