Sadly, it's not quite a Night at the Museum deal.

Federal politicians are back at work today after a long summer break, and at last the halls of power are full of more than just news-hungry journalists and dead Bogong moths. But what have those who have to be in Parliament House been doing since the middle of December?

As you walk through security at the various entrances, there is a screen above the metal detector that tells you what is happening in particular rooms in the building. For most of the summer break, there were few line items.

In December there was still the odd committee hearing, but after the last gasp of political news for the year — the Mid-Year Economic and Fiscal Outlook — everything just about shut up shop.

Even MYEFO is a pale imitation of its bigger sibling, the budget. Just a short 50-minute lock-up, which occupies just one room instead of the full six-hour affair taking up numerous committee rooms. And only the full-time gallery journalists show up to MYEFO. There’s no Treasurer’s speech, just a blue room press conference. When it was all over, that was it for 2016.

For the media, skeleton staff remained between Christmas and the first few weeks of January, but for the Department of Parliamentary Services, it was a busy few weeks. The red and green carpets were cleaned or replaced. The wooden floors were waxed. The walls were given a fresh coat of paint. The lights were turned off in the two chambers.

As I wandered the Senate side hallways in the first few days of January to discover whether Rod Culleton had been kicked out of his office yet (he hadn’t, but he has now), very official-looking warning signs alerting to waxed floors and wet paint dotted the halls.

Journalists went a bit more casual. A select few braved shorts for the extremely hot Canberra summer days. In one of the quieter moments in early January, cricket was played in the halls of the press gallery.

Many spent that January time knee-deep in PDFs looking for juicy expenses stories, like the one that brought down Sussan Ley.

Aussie’s — the cafe just past security on the Senate side where politicians, staffers, journalists and lobbyists tend to meet for coffee — shut down for the first few weeks of the year, leaving either the public cafe or the Trough for hungry staff and journos. But the company that managed the Trough lost its contract at the end of 2016, leading to an odd clearance sale of wine in the last few days of the year for those still around.

The cafeteria and coffee is now managed internally, meaning for the first few weeks, the options were limited and the self-serve ordering system gone. Promises were made that this would be restored in early February (when the important people are back).

Inside the building, the silence was only interrupted every so often for tour groups. Outside it was business as usual, as scores of tourists lined up for selfies outside Parliament House — no fences here yet — in the very spot where, just over a month ago, the waters were red and lined with protesters.

But by last week, the monitor by security was filled with events. A room booked by Christopher Pyne for defence meetings, committee hearings kicked into gear, and the Great Hall was decked out for the Australian of the Year announcement.

Staffers returned as cabinet meetings were held, and the PM and opposition leader give National Press Club speeches.

Life returns to Canberra. Such as it exists in the bush capital. 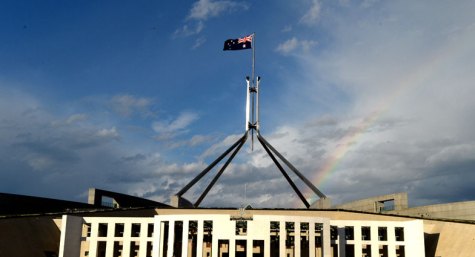 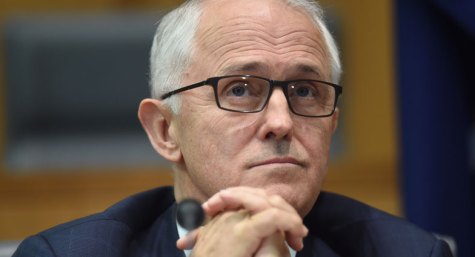