Good morning, early birds. We've been back at work for weeks, and now finally our pollies are back in Canberra too, so what's on the agenda? It's the news you need to know, by Sally Whyte and Max Chalmers.

Prime Minister Malcolm Turnbull insists Australia does not owe the United States in a military sense over the refugee swap deal, saying “there is no linkage, no linkage at all between an arrangement relating to a refugee resettlement and any other matters”.

In an interview with press gallery veteran Laurie Oakes on 60 Minutes last night, Turnbull laughed awkwardly when Oakes opened by addressing him as “Prime Minister Trumble”, he also revealed the Liberal Party was in dire financial straits before his donation to the party last year.

Same sex marriage is set to be a talking point again this week, with some Liberal backbenchers again pushing Malcolm Turnbull on a free parliamentary vote to legalise same sex unions. Former PM Tony Abbott seized on the headlines, telling Turnbull he needed to stick to his promise on holding a plebiscite on same sex marriage, while other conservative MPs also voiced their displeasure, with one calling the possibility of a free vote a “betrayal”.

ReachTEL polling in the Fairfax papers show today voters in key Coalition-held seats support a free vote on same sex marriage in the parliament, and a new advertising blitz will start today. If last year’s vote to hold a plebiscite on the issue was successful, Australians would be heading to the polls this Saturday.

NO GOOD NEWSPOLL NEWS FOR GOVERNMENT

Coalition MPs return to Canberra under the cloud of the first Newspoll results of the year, with the survey reported in The Australian showing the government has lost two points to Labor in two party preferred polling, falling to 46-54. A summer of bad headlines for the government, including the Centrelink debt fiasco and Sussan Ley‘s expenses scandal haven’t allowed for a strong start to 2017. The other major takeaway from the polling is 19% of respondents say they would vote for someone other than the three major parties, showing support for Pauline Hanson‘s One Nation is not abating.

Sydney: The Royal Commission into Institutional Responses to Child Sexual Abuse starts a week of hearings today, focusing on the Catholic Church, with Archbishops from across the country set to appear. Parishioners were warned over the weekend that some evidence would be distressing to hear, and The Guardian reports the use of confession will also be scrutinised.

Canberra: The ABS will release Retail Trade figures for December.

London: Queen Elizabeth makes history today as she celebrates her Sapphire Jubilee — reigning over the Commonwealth for 65 years.

Houston, Texas: The New England Patriots will take on the Atlanta Falcons in Superbowl LI, the biggest match in the US’ NFL. Halftime entertainment will be provided by Lady Gaga. Free to air coverage on Channel Seven from 10am, other key times are here.

Melbourne: The AFL has the best kind of problem today, and will meet to discuss moving venues for upcoming AFLW matches. More than 50,000 people streamed through the gates in the opening round of the competition over the weekend and more than a million tuned in on television. The Herald Sun reports AFL bosses will consider moving more matches to Ikon Park, while there are also reports the league’s grand final could be held at the MCG. 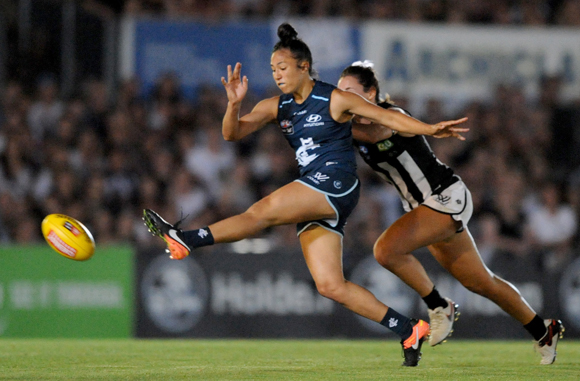 Big Politics on the nose as Liberals cop caning — Phillip Hudson (The Australian $): “While Shorten frequently outranked Abbott on the measure of Better PM — including once by an incredible 48 to 30 per cent — he has never got the better of ­Turnbull. The Liberal leader will hold onto this factor for dear life.”

Malcolm Turnbull’s last stand begins now and he’ll be lucky to last the year — Tom Switzer (The Age): “…it’s on economic management that the former Goldman Sachs chairman has disappointed the most. Turnbull used to be an advocate of economic reform and cutter of income taxes. He is probably still both, but such wishes are no longer priorities.”

A US appeals court has thwarted President Donald Trump‘s efforts to immediately reinstate a travel ban on citizens from seven predominately Muslim nations, as well as refugees. Over the weekend a federal appeals court confirmed that the ban would be suspended while its constitutionality was tested in various courts. Although the Department of Homeland Security and State Department both respected the ruling and reopened the country’s borders to those excluded by Trump’s executive order, the president heavily criticised the judge who ruled the order should be paused. — New York Times

Germany’s major centre-left party has narrowed the gap between itself and Angela Merkel‘s alliance of conservative parties. The Social Democrats (SPD) are now just four percentage points behind Merkel’s Christian Democratic Union of Germany (CDU) party. The SPD has seen support increase by six points, a jump attributed to the appointment of former European Parliament president Martin Schulz as head of the party. Far-right anti-immigration party Alternative for Germany came in substantially behind both major parties, scoring an estimated 11 percent of the vote. — Reuters

Marine Le Pen has launched her bid to become the president of France. Le Pen’s National Front outlined its platform in Lyon this weekend, which includes promises to leave the Euro zone, hold a referendum on EU membership, tax imports, restrict the rights of non-citizens, increase welfare payments, and lower taxation. Pro-European centrist Emmanuel Macron, who now appears the most likely to stop Le Pen winning the presidency, was singled out for criticism by speakers at the National Front launch. — Reuters

The Romanian government has said it will reverse a decree that would have decriminalised some forms of corruption. After five consecutive nights of massive protests against the measures, the government will instead put the proposal to parliament where it will be debated. — The Guardian

Manus refugees await US resettlement deal (The Saturday Paper): “After three years, those in our offshore detention camps have learnt to distrust the news. On their phones, it comes in waves. The waves are many and contradictory – bringing hope and despair; clarity and confusion. The sum is a permanent disorientation.”

James Ashby still ruffles feathers (Weekend Australian): “Smooth-faced at 37, whippet thin and by reputation whip smart, Ashby is said to be the brains behind Hanson and her resurgent One Nation party”

Marine Le Pen’s internet army (Politico): “Under the handle “Farid Fillon,” the account’s avatar depicted the candidate wearing an Islamic-style beard and robes, in a gross Photoshop mockup. It posted a blend of anti-Fillon memes, negative news stories and “parody” tweets in which Fillon spoke in a mock North African accent.” 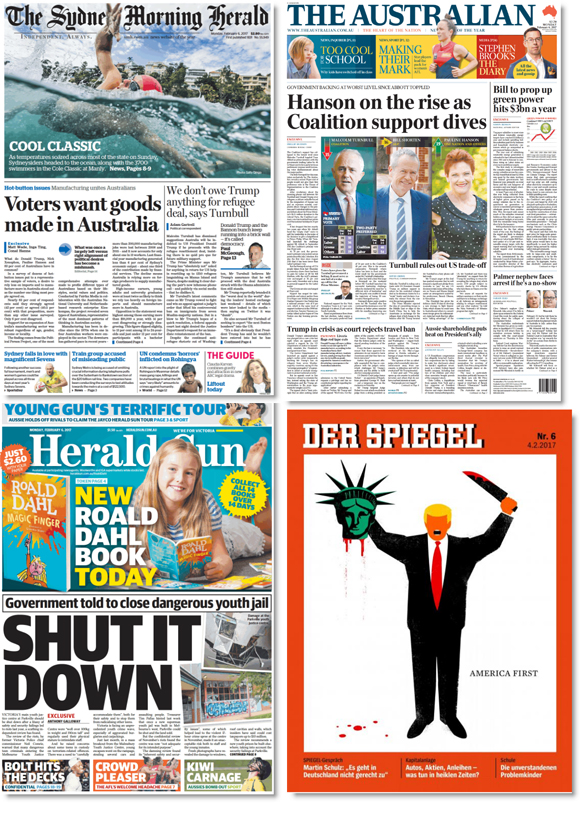 And now Mr Trumble has another problem, looks like Corgi Barnyardi is taking his bat and ball.