WA Premier Colin Barnett is even being consistently trounced by Labor's McGowan in preferred premier polling, which usually favours the incumbent.

The starters’ gun was fired on Western Australia’s state election campaign yesterday, with the writs issued and the government now officially in caretaker mode.

Premier Colin Barnett and Opposition Leader Mark McGowan now face a gruelling five-and-a-half-weeks campaign ahead of an election to be held on March 11.

By all the standards through which electoral form is normally judged, Barnett’s government would appear to be in the deepest of trouble.

At the time the Liberals squeaked into power in September 2008, Western Australia had a budget surplus, a triple-A credit rating and the lowest unemployment of any state in the country.

Eight and a half years on, it is the only state government running a deficit, and has twice suffered the indignity of credit rating downgrades over the past term, with net debt forecast to approach $40 billion by 2020.

Unemployment has gone from barely over 3% to 6.6%, with only South Australia performing (slightly) worse.

Certainly, the government can point to the state’s meagre share of goods and services tax revenue in explaining away its budgetary position, and to the end of the mining boom to account for soft economy activity.

However, one of the difficulties of being in office for the better part of a decade is that voters get progressively less interested in hearing your excuses.

Nor is it merely its own weight that the government is carrying in its saddlebags.

The Liberal brand is being increasingly diminished by the unpopularity of the government in Canberra, which reverses the situation Barnett enjoyed at the time of his landslide re-election four years ago, when Julia Gillard’s prime ministership was entering its terminal phase.

Barnett is even being consistently trounced by McGowan in preferred premier polling, which usually favours the incumbent.

When Barnett’s personal ratings first collapsed in the nine months after his re-election in March 2013, psephologist Kevin Bonham determined that only four out of 29 state premiers who were as badly placed as Barnett had gone on to win re-election.

Things have only gotten worse since then, as illustrated by the spill motion brought against him in September after two ministers resigned pleading a lack of confidence in him.

While the motion was defeated by 31 votes to 15, Barnett emerged a diminished figure — in contrast to Mark McGowan after the short-lived Stephen Smith adventure the previous February, the comprehensive failure of which served only to enhance his prestige.

Taking all that into account, it might be thought surprising that the most recent statewide opinion polls haven’t had the government further behind.

[Poll Bludger: what seats could One Nation win in Western Australia?]

Successive polls for ReachTEL in The West Australian in October and January both recorded Labor with a modest two-party lead of 52-48.

That suggests a swing of a little under 10% — which, if uniform, would only win Labor nine of the 10 seats needed to reach the magic number of 30 seats out of 59 (based on how things stand after a redistribution).

Labor is unlikely to be troubled in the two seats that have been made notionally Liberal under the redistribution (or, at least, it’s unlikely they’ll be troubled by the Liberals), and there are five other pieces of low hanging fruit available in the form of Liberal seats with margins of less than 5% (Belmont, Forrestfield, Perth, Swan Hills and Morley, located in various places around the metropolitan area).

Beyond that, a lot depends on the distribution of the swing — and here Labor has cause for optimism.

The battle zone of the electoral pendulum runs from Balcatta on 7.1% to Darling Range on 13.1%, with another 12 Liberal-held seats at various points in between.

Those past the 10% mark include six (Joondalup, Southern River, Wanneroo, Burns Beach, Darling Range and Kalamunda) on the electorally volatile metropolitan fringes, where swings to Labor at the federal election tended to be around three times higher than elsewhere in the state.

A Labor-commissioned ReachTEL poll published in The West Australian this week recorded a blow-out swing of 18% in Joondalup, and the Liberals are said to be nervous about each of the others in varying degrees.

If Labor can reel in at least three, it can get by without more established and electorally stickier seats on smaller margins, namely Balcatta (7.1%), Mount Lawley (8.9%) and Bicton (10.0%).

Further afield, Labor has a better chance in the regional city seat of Bunbury than its 12.2% margin suggests, owing to the retirement of popular Liberal member John Castrilli.

Then there’s the One Nation factor — which, as detailed here on Tuesday, appears to be most dangerous to the Nationals in the mining seats of Pilbara and Kalgoorlie, and to Labor in the South West region seat of Collie-Preston, which mixes conservative rural territory with the traditionally Labor-voting but potentially rebellious coal-and-electricity town of Collie.

One Nation’s candidate in Pilbara, David Archibald, hit the headlines yesterday over an article he wrote for Quadrant in which he described single motherhood as a “lifestyle choice” that should be “defunded”, since it produced children who were “lazy and ugly”.

Should this and other charm offensives fail to pay off in the lower house, the party at least stands a good chance of establishing itself in an egregiously malapportioned Legislative Council that threatens headaches aplenty for an incoming Labor government. 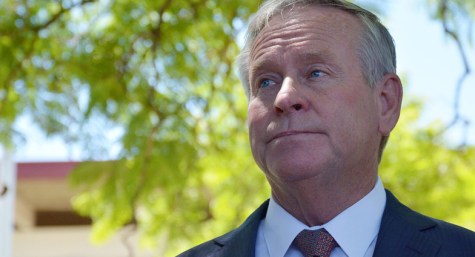 WA election: Barnett will win, and by more than a sniff

I am surprised that no-one thus far has done the job of translating the 2016 Federal election booth-by-booth results into the State seats. Whilst I know that there are always differences, it would seem to give another view about the swings necessary in various places. Also, there doesn’t seem to be any focus on seats Labor might lose as well as win (such as Collie and Albany). On the other side, seats like Bunbury seem to be seats that Labor could well win outside of the normal pendulum swing