It’s not quite a scene from Cheers, but yesterday the Business Council of Australia opened a new front in its war on company taxes, this time roping in a young bartender concerned about her job without trickle-down economics. “I’m worried there will be fewer job opportunities around here because of high company tax,” the tweet quoted. Because, let’s be honest, what young bar worker hasn’t at some point mused on the effects of onerous company tax on employment options? 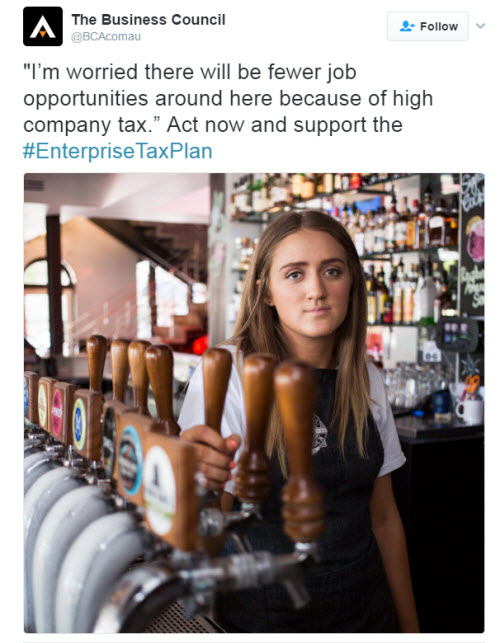