Good morning, early birds. Malcolm Turnbull and Bill Shorten attempt to set their 2017 agendas, while Australia's new cricketing hope emerges. It's the news you need to know, by Sally Whyte and Max Chalmers.

Prime Minister Malcolm Turnbull has maintained his position in staying mum on US President Donald Trump‘s immigration ban, saying it’s “not my job” to comment on the executive order that temporarily bans arrivals from seven predominantly Muslim countries. Opposition Leader Bill Shorten said Turnbull’s silence could be seen as agreement with the policy, despite Turnbull’s insistence that Australia’s commitment to multiculturalism is well known. Foreign Minister Julie Bishop is working to ensure Australians are offered preferential treatment in the new immigration system, while a Melbourne student says he is the first Australian to have his visa rejected, because he is a dual Iranian-Australian citizen.

On domestic matters, Prime Minister Malcolm Turnbull has given the Senate a March deadline to pass its company tax cuts, The Australian Financial Review reports. The need for the tax cuts will be covered in the PM’s speech at the National Press Club tomorrow and will be discussed by the federal cabinet when it meets today. The government already has the numbers to pass tax cuts for companies with annual turnover up to $10 million, but needs eight crossbench votes to pass the full set of changes.

Ahead of the first day of hearings in the parliamentary inquiry into freedom of speech, the inquiry’s chair Liberal MP Ian Goodenough has told The Australian:

“Many mainstream Australians are resentful of the emerging culture of political correctness, which prevents them from expressing their opinions on certain sensitive cultural issues in workplace and social settings where minorities are ­involved.”

The front-page report gives a preview of the evidence the Institute of Public Affairs will bring to the hearing, with Galaxy polling commissioned by the IPA showing 48% of people approve of “the proposal to change the Racial Discrimination Act” while 36% of people disapprove.

Canberra: Labor leader Bill Shorten will address the National Press Club, setting out the party’s agenda for 2017. The speech will cover Australian workers, warning against Australia becoming an “unskilled enclave in a modernising Asia,” The Guardian reports.

Melbourne: The Parliamentary Inquiry into Freedom of Speech in Australia (specifically section 18C of the Racial Discrimination Act) will hold its first public hearing in Melbourne, with appearances from the Victorian Multicultural Commission, the Human Rights Law Centre and the Institute of Public Affairs among others.

Bali: The trial of Australian woman Sara Connor, accused of murdering an Indonesian police officer, continues. Connor maintained her innocence yesterday, despite admitting she and her boyfriend had burned their clothes in panic after learning of the death of Wayan Sudarsa, The Age reports.

Papua New Guinea: Justice Minister Michael Keenan will announce an extension of the Australian Federal Police’s mission in PNG, with a further $48 million to be spent on another two years in the country, with officers to assist the country as it hosts the APEC summit next year.

We may have lost the match against New Zealand at Eden Park, but the innings of Marcus Stoinis was one that won’t be forgotten in a hurry. Smashing 146 off 116 balls, he almost snatched victory from the Kiwis, with Australia falling just seven runs short of the target of 287. 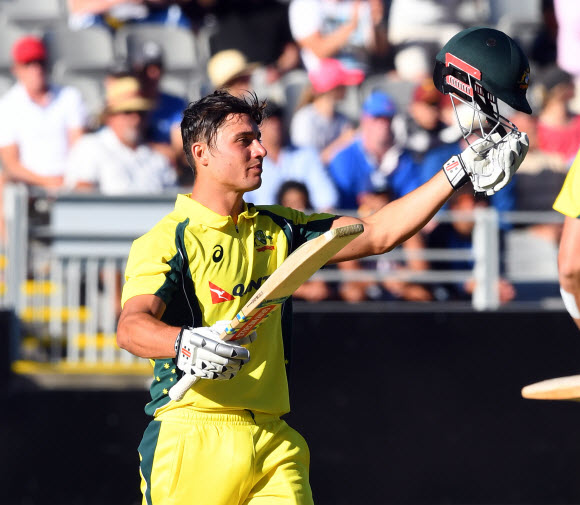 Prime Minister Malcolm Turnbull’s cowardly stance on Donald Trump shames us all — Editorial (The Age): “It is reasonable to suspect they have sold out their principles in the fear that were they to join the international chorus of condemnation, the volatile and thin-skinned US President would renege on his nation’s agreement, given by his predecessor, to accept some of the refugees who have been cruelly languishing in Australia’s disgraceful mandatory offshore detention centres on Nauru and Papua New Guinea’s Manus Island.”

Donald Trump’s folly is a once-in-a-century opportunity for Australia — Peter Hartcher (Sydney Morning Herald): “Universities, corporations, industry associations, sports bodies, cultural institutions and governments should step up recruitment efforts to win the attention of an entire generation of ambitious and talented people who would normally have had their sights set on the US.”

Bill Shorten talks up the ‘fair go’ but his policies betray real workers — Nick Cater (The Australian $): “For all its talk of jobs, Labor is pitching itself to the constituency for which government provides a living, not the one that works for it.”

When did Donald Trump become Malcolm Turnbull’s celebrity tax adviser — Richard Denniss (Australian Financial Review $): “The uncomfortable fact for the Coalition is that the choice between free trade and protectionism has always been a phoney one.”

Six people have died after at least one gunman opened fire on a mosque in Quebec during evening prayers, in an incident that Canadian Prime Minister Justin Trudeau labelled “a terrorist attack on Muslims”. Alexandre Bissonnette, a college student in his 20s who lives in Quebec City, is being held in relation to the shooting. Police are yet to expand on Bissonnette’s alleged motives, but confirmed a separate man initially believed to be a suspect is now being treated as a witness instead. — The Globe and Mail

US President Donald Trump has defended his decision to sign an executive order halting refugee arrivals and banning nationals of seven predominantly Muslim countries entering the US. Trump said the order was not a “Muslim ban”, though employees of the State Department have been circulating and signing a document that says the order will not stop attacks on the US while inspiring ill will towards the nation. — Washington Post

French Foreign Minister Jean-Marc Ayrault has vowed to defend the Iranian nuclear deal his country helped to broker. Currently on a visit to Tehran, Ayrault criticised Iran for challenging the spirit of the deal by testing ballistic missiles but said the country had largely kept to the accord. Donald Trump heavily criticised the agreement during his campaign and promised to rip up the deal after taking office. — Reuters

The data that turned the world upside down (Vice): “Kosinski continued to work on the models incessantly: before long, he was able to evaluate a person better than the average work colleague, merely on the basis of ten Facebook ‘likes.’ Seventy ‘likes’ were enough to outdo what a person’s friends knew, 150 what their parents knew, and 300 ‘likes’ what their partner knew. More ‘likes’ could even surpass what a person thought they knew about themselves.”

Trump’s state department purge sparks worries of ‘know-nothing approach’ to foreign policy (The Guardian): “The motives behind the sudden wave of sackings are unclear. Some of the outgoing diplomats saw it as one more sign of chaos from a new administration that is desperately short of experience. Others saw it as a wrecking operation, aimed at debilitating the state department at a time of upheaval …”

The fate of a leg of a statue of Saddam Hussein (The New Yorker): “The years passed, and Kobold’s thoughts would occasionally return to the leg. Then in June, the industrialist contacted Kobold again. His wife was sick of the leg, the industrialist told him, and his business partner didn’t want it in their office. Did Kobold want it?”

A Clarifying Moment in American History (The Atlantic): “Precisely because the problem is one of temperament and character, it will not get better. It will get worse, as power intoxicates Trump and those around him. It will probably end in calamity — substantial domestic protest and violence, a breakdown of international economic relationships, the collapse of major alliances, or perhaps one or more new wars (even with China) on top of the ones we already have. It will not be surprising in the slightest if his term ends not in four or in eight years, but sooner, with impeachment or removal under the 25th Amendment.”