Poll Bludger: what seats could One Nation win in Western Australia?

One Nation is making a concerted push ahead of the WA election in March. Could Pauline Hanson's party hold the balance of power in the upper house?

Western Australia’s election campaign doesn’t officially begin until the middle of next week, but the practical effect of the March 11 fixed date is that both sides have been visibly in campaign mode since the veil of the silly season began to lift.

Stark differences on urban transport policy have emerged as the most substantive issue of the phony campaign, but Premier Colin Barnett and Labor leader Mark McGowan have also been keeping the media mill fed with announceables on everything from methamphetamines to shark nets.

But for many voters, the clearest signal that things are cranking up a notch may have been provided by Pauline Hanson, whose visits to suburban shopping malls last weekend elicited what reporters inevitably described as a “rock star reception”.

Double-digit opinion poll ratings had already made it clear that Hanson’s re-emergence had turned the campaign on its head, even before her practical demonstration of how readily she can transform the media environment simply by showing up.

However, it remains extremely difficult to tell how much luck she will have in translating her electoral support into seats in parliament.

One Nation’s successes at its previous high-water mark in 2001 were limited to the upper house, in which it won seats in each of the three multi-member regions that cover the state beyond the limits of the metropolitan area.

Given that recent opinion polls show the party exceeding its statewide vote in 2001, and the tendency for polling to underestimate it, the party should at least be able to match that performance this time around.

Even on the most pessimistic of scenarios, One Nation would seem to stand a strong chance of securing the balance of power in a chamber that is presently controlled by the Liberals and the Nationals.

Significant though such a result would be for the legislative program of whoever forms government, the main game will always be the lower house, and the potential for the party to emerge as kingmaker in a hung parliament.

Unless you count Pauline Hanson’s win in Oxley at the 1996 federal election, when she appeared on the ballot paper as the Liberal candidate but was disendorsed by the party before election day, One Nation has only ever won lower house seats in Queensland state elections.

It didn’t come particularly close to doing so in Western Australia in 2001, when its best result was a 9.3% losing margin against the Liberals in the since-abolished rural seat of Greenough in the state’s mid west region.

This time around though, the party appears likely to outperform its 9.6% statewide vote at that election, and in some seats could stand to benefit from preference deals with the Liberals and Nationals.

Much of the chatter surrounding the party’s prospects has focused on Nationals leader Brendon Grylls’ seat of Pilbara, a former Labor seat that Grylls seized in 2013 as part of a dazzlingly successful expansion strategy, which involved him abandoning his existing safe seat in the state’s wheatbelt region.

Polling circulated late last year by the Chamber of Minerals and Energy  — which has been infuriated by Grylls’ proposal for a twenty-fold increase in the royalty rate paid by BHP Billiton and Rio Tinto — suggests his support has halved since the 2013 election, leaving him endangered on a number of fronts.

While the poll numbers suggest his biggest threat is from the Liberals, it is notable that Senate voting patterns at last year’s federal election suggest Pilbara to be One Nation’s strongest seat in the state.

However, there are a number of reason to treat the results with caution. The sample for the poll was only 300, and those with an ear to the ground locally have viewed it with scepticism, given Grylls’ personal popularity and the political success of the government’s Nationals-mandated Royalties for Regions program.

A better bet may be the seat of Kalgoorlie, which ranked second behind Pilbara in terms of the One Nation Senate vote.

Like Pilbara, Kalgoorlie was won by the Nationals for the first time in 2013, having variously been held in recent times by Labor, Liberal and an independent.

One Nation’s task will be made easier by the retirement of sitting member Wendy Duncan, and it may also stand to benefit from the town’s simmering racial tensions.

Alternatively, the party may find it easier to poach seats from Labor, given the potential for preference deals with the Liberals and Nationals — something that is certainly not in prospect with Labor.

The strongest Labor-held seat for One Nation in terms of last year’s Senate vote was Collie-Preston, which Labor narrowly retained at the last two elections thanks to the local popularity of its sitting member, Mick Murray.

A redistribution has made the seat marginally Liberal, but if the swing against the government is on in earnest, One Nation could potentially pull ahead of them and ride over Labor on preferences.

Such a result would carry a lot of resonance, given that the electorate’s main population centre is Collie — a declining coal and electricity town that has a lot in common with the areas of the American mid west that swung decisively behind Donald Trump in November. 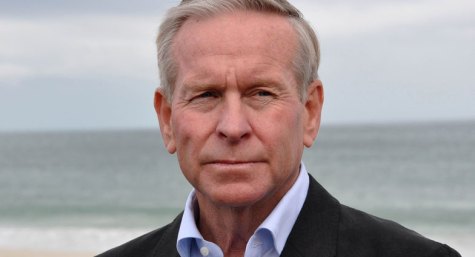 Once again, Bowe repeats this misleading nonsense (see his earlier Crikey piece of 23 Dec last,). According to the WA Dept of Mines and Petroleum: “Western Australia has a three-tiered royalty system. The royalty rate depends on the level of processing and the form in which a mineral is first sold – 7.5 per cent for ore, 5 per cent for concentrate and 2.5 per cent for final form. All iron ore companies pay royalties at 7.5 per cent. However, if the iron ore is concentrated, the rate is 5 per cent. Based on recent prices of A$60 per tonne, iron ore royalty payments equate to $4.50 a tonne or $3 a tonne for concentrate. Iron ore producers are also required to pay an additional rental of 25 cents per tonne on their mining lease after 15 years of production on a mining lease. This charge is specific to iron ore producers and originates from the1960s when State Agreements were introduced for operations in the Pilbara.”

The National’s policy (for which I hold no brief, incidentally) is to increase the “rental’ charge of 25 cents to $5 – ie by twenty times. On current ore prices of around $80 per tonne, this would increase the total WA govt take (ie royalties and rental charge) by less than 100% rather than the 2000% stated by Bowe. What is this – artistic licence? FFS!

I take it we’re paying for Hanson’s campaigning costs?

The really sad factor is that even “sensible” LNP voters in leafy parts of Melbourne seem to think that One Nation is the natural party to vote for, if they can’t support Malcolm Turnbull any longer.
Under questioning few have any idea of their policies or the quality of their prospective members of any parliament, they just like Pauline. Wow!!
We are in for a really rough ride if the rock star image is translated into votes. The right need to wake up to the fact that they are on the nose across most demographics, otherwise we will end up with a Labor Government and a host of crazies like the Hansonites and Bernardi-istas.

“Careful what you wish for.”

The PHONomenon is, thus far, about repudiation, none of the above, and attracts many from both sides of politics.
We should, thus far, be grateful that leadership is vested in the Oxley Moron.
Imagine how dangerous this could become if someone with half a brain took it over.

Hey Poll Bludger, shouldn’t ‘What seats blah blah blah’ be ‘Which seats’? Now as a journalist educated in English grammar, I’d expect you to be able to tell me why!