Crikey Worm: Can the TPP be revived?

Good morning, early birds. Is the TPP really dead, and who will be Australian of the Year? It's the news you need to know, by Sally Whyte and Max Chalmers.

Stop me if you’ve heard this one before:

Prime Minister Malcolm Turnbull has labelled Labor leader Bill Shorten “gutless” over his declaration that the Trans Pacific Partnership was dead. Turnbull and Trade Minister Steve Ciobo are promoting the possibility of a 12 minus 1 deal without the United States after President Donald Trump scrapped the deal, and there are also talks of including China or Indonesia in the trade pact in order to keep it alive. Turnbull is also not giving up on US involvement, saying: “It is possible that US policy could change over time on this, as it has done on other trade deals.”

Meanwhile, Australian farmers are looking on with despair as their dreams of exporting to new markets are dashed.

WHY ARE YOU SO OBSESSED WITH ME?

“I’m not a complete idiot!”

Julian Assange told The Project’s Waleed Aly last night he was not on his way out of the Ecuadorean Embassy in London and on his way to the US, despite promising he would go and face justice if clemency was granted to whistleblower Chelsea Manning. Assange backtracked on the promise, claiming the decision to commute a significant part of Manning’s sentence was only made in order to trap him.

“What’s the result? It is going to make life hard for Assange because either he will be extradited to the US or we will show him a liar. Therefore, it is OK to pardon Chelsea Manning — that’s what happened.”

Assange said he would be willing to negotiate with the American Department of Justice and denied the Russian government was his source for thousands of Hillary Clinton‘s emails released by WikiLeaks during last year’s US election campaign.

“I did move out west so I can say this, if you’ve got the gumption in you and you decide to move to Charleville — you’re going to have a very affordable house.”

“We believe that houses will always be incredibly expensive if you can see the Opera House and the Sydney Harbour Bridge, just accept that.”

Housing affordability has been named as a government priority for 2017, but this is what we have.

Melbourne: A private funeral for Thalia Hakin, the 10-year-old victim of the Bourke Street Mall car rampage, will be held in St Kilda East this morning.

Canberra: The Australian Christian Lobby will appear at the Senate Inquiry into same-sex marriage legislation. Crikey‘s Josh Taylor will be following the hearing.

Melbourne: We’re at the pointy end of the Australian Open now, with Rafael Nadal taking on Milos Raonic and Serena Williams will play Johanna Konta.

Trans-Pacific Partnership is void, so get real on replacement — Greg Sheridan (The Australian $): “As she was forced by rival Bernie Sanders to take a stronger position against the TPP it may not have been possible for Clinton, especially if she had won the presidency narrowly, to proceed with this strategy. The reason I know about it in part is because some of her supporters in the US suggested to me that it would be helpful if I stopped writing confidently that the TPP would pass if Clinton were elected.”

Trump and Shorten are wrong: TPP is a very good deal — Zoe Mckenzie (Australian Financial Review $): “The TPP would have made it easier for our lawyers, architects and engineers to practice in Malaysia, our energy services to operate in Mexico and Vietnam, and our education providers in all TPP countries. It would have allowed Australian companies in education, health, social services and accounting to bid for government contracts in the 11 TPP partner economies.

We need a national picture of domestic violence homicides — Kate Jenkins and Gillian Triggs (The Age): “Without a federal body, there are limitations on monitoring coronial or death review recommendations made to agencies that have contact with victims and perpetrators.”

Supporters of 18C believe we are a nation of bigots — Dean Smith (The Australian $): “And as a show of good faith, those advocating reform should be prepared to offer something that will address these concerns in a fair and reasoned way.”

January 26 is Australia Day. Stop trying to change it — Kevin Donnelly (Herald Sun $): “The Mabo decision by the High Court of Australia, where indigenous Australians and Torres Strait Islanders were granted land rights, only happened because of a legal system inherited from England.”

US President Donald Trump has continued to sign executive orders reversing key policies of Barack Obama. Overnight, Trump revived the Keystone XL pipeline and Dakota Access pipeline, both blocked by Obama. The Keystone project would carry Canadian sand oil to the Gulf Coast and was strenuously fought by climate activists. The Dakota Access pipeline was rerouted after objections from the Standing Rock Sioux Tribe and concerns about its impact on local water supply. — New York Times 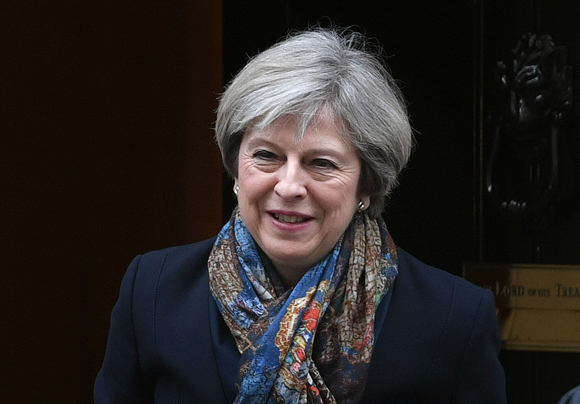 The British Supreme Court has ordered that the country’s parliament must be given a vote on triggering Article 50, which would kick off Brexit negotiations with the European Union. Despite failing to stop such an order, Theresa May’s government was spared a “nightmare” situation in which the Court mandated Scottish, Welsh, and Northern Irish assemblies needed a say too. It is expected a bill will pass parliament in the coming weeks. — BBC

Israeli Prime Minister Benjamin Netanyahu has approved the planning and construction of 2500 settler homes in the occupied West Bank. While a group representing Jewish settlers living in the West Bank said the announcement was disappointing and wouldn’t meet demand, the European Union said it further undermined the prospect of a two-state solution. The Palestinian Authority labeled the move a “deliberate provocation”. — Haaretz

The world might be ending, but the Oscars go on. Jazz musical La La Land has picked up a record 14 nominations, equalling the feats of Titanic and All About Eve. Arrival and Moonlight also scored eight nominations each. Aussie Nicole Kidman picked up a Best Supporting Actress nomination for her role in Lion. — LA Times

Doomsday prep for the super-rich (The New Yorker): “New Zealand, he discovered, is a favored refuge in the event of a cataclysm. Hoffman said, “Saying you’re ‘buying a house in New Zealand’ is kind of a wink, wink, say no more. Once you’ve done the Masonic handshake, they’ll be, like, ‘Oh, you know, I have a broker who sells old ICBM silos, and they’re nuclear-hardened, and they kind of look like they would be interesting to live in.’”

The wall: Building a continuous US-Mexico barrier would be a tall order (Reveal): “Maintenance has been a constant headache along the border fence. Besides wear and tear from being exposed to the elements, people often cut through or damage the fence intentionally. New roads will need to be built to expand the system, and those roads also will need to be maintained.”

Study: real facts can beat ‘alternative facts’ if boosted by inoculation (The Guardian): “According to inoculation theory, facts are important but by themselves aren’t sufficient to convince people as long as misinformation is also present. People also have to be inoculated against the misinformation, for example through an explanation of the logical fallacy underpinning the myth.”

Most primate species threatened with extinction, scientists find (New York Times): “Western countries are also helping push primates toward extinction. Palm oil can be found in everything from doughnuts to lipstick to biodiesel fuel. New palm oil plantations are completely replacing forests in Southeast Asia — one of the most primate-diverse parts of the world.”

Autocracy: rules for survival (The New York Review of Books[November, 2016]): “Rule #2: Do not be taken in by small signs of normality”