The AFL Women's league is drawing crowds, but the players will be paid only a fraction of what their male counterparts are, writes freelance journalist Angus Smith.

The ad, based on the iconic mid-1990s AFL campaign “I’d like to see that”, is already achieving a cult status of its own.

The commercial features inspiring women such as Cathy Freeman, Turia Pitt, Moana Hope and the “next big thing in surfing”  — and viral internet sensation — Sabre Norris. 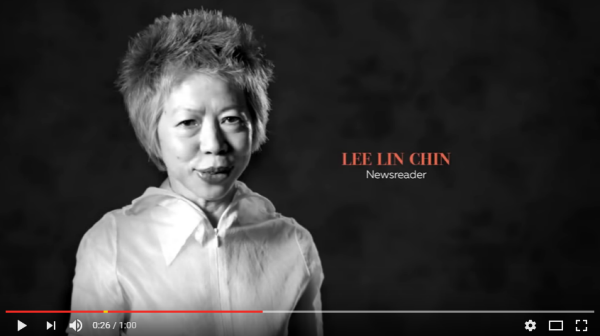 It seems like the AFLW can do no wrong as it charges towards the opening of its first season.

“The campaign reflects the change and revolution in our game … It is a very strong and powerful statement of what is at stake for our new league and for women’s sport,” he said.

With 10 days to go until the opening Carlton v Collingwood match, the AFL has decided to move the game from Olympic Park to the larger Princes Park [aka “Ikon Park”] due to the growing popularity of the league.

The decision was made on Monday after an unpublicised training match between Carlton and Melbourne attracted a crowd of over 2000 people on the weekend.

Princes Park has a capacity of 20,000; Olympic Park can only squeeze in about 5000 and doesn’t have much seating.

Also on Monday, Susan Alberti, one of the driving forces behind the women’s league, concluded her 12 years on the board of the Western Bulldogs.

The vice-president of the Western Bulldogs was heralded as the trailblazer of the AFLW. 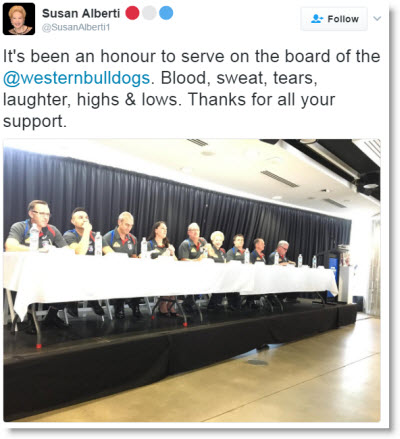 While Alberti is stepping down from the board she has indicated that she will continue to be involved with AFLW and support it as it enters its next chapter.

And there is still a lot of work that needs to be done, most notably rectifying the woefully low pay the women players receive.

The average wage for a male AFL player is $300,000 for a season, while the majority of female players will receive $8500 and a pair of boots (but no health insurance).

The AFLW season goes for seven rounds, and a grand final will take place on March 25.

The Friday night game will kick off at 7.45pm, and entry is free. The game will be broadcast by Channel Seven and Fox.

Whatever. I’d still rather watch under the 21’s play. Incidentally, what’s their median wage and who pays their insurance?

Wage is comparable to other second-tier comps like VFL, WAFL, SANFL etc; perhaps that is a fairer comparison?

Just like tennis. Get the ratings and demand the money.