Crikey Worm: Baird bails, Trump to be sworn in

Good morning, early birds. It's all about political departures and arrivals today, with Donald Trump set to be sworn in and NSW Premier Mike Baird calling it a day. It's the news you need to know, by Sally Whyte and Max Chalmers.

BABY DID A BAIRD, BAIRD THING

In a move that shocked even his close political allies, NSW Premier Mike Baird announced he was retiring from politics yesterday, citing health problems in his family. The NSW papers have devoted pages and pages to Baird and his legacy; here’s the Sparknotes version:

The decision was made over the summer break through conversations with his wife, Kerryn, after the declining health of his elderly parents and the recurrence of cancer for Baird’s sister Julia.

When it comes to his legacy, Baird told reporters he was proud of the state’s economic growth and bringing the budget back into control: “Billions of dollars of surpluses, our net debt down to close to zero, AAA confirmed. And importantly, the net worth of the state actually significantly boosted by close to $60 billion in this time.”

It’s not all rosy, though, as The Australian reports. Baird leaves challenges for his successor, including the political fallout from council amalgamations and the rise of One Nation and the Shooters, Fishers and Farmers Party. In policy, he leaves behind the controversial WestConnex and other major infrastructure projects.

Treasurer Gladys Berejiklian is firming as favourite to replace Baird, but hers isn’t the only name being thrown around. Berejiklian has put her cards on the table, and it has been reported she might have done a cross-factional deal with Dominic Perrottet that would make him deputy Liberal leader.

The state and federal governments have come to the rescue of the Alcoa aluminium smelter in Victoria’s south-west, with a $200 million package that will keep the plant running until 2021. The plant, which provides more than 500 direct jobs and an extra 2000 jobs to the town of Portland, faced shutdown after a power outage in December damaged the plant and reduced its output. PM Malcolm Turnbull, outgoing Industry Minister Greg Hunt and Victorian Premier Daniel Andrews will be in Portland today to spruik the deal, which has taken weeks of negotiations.

We’re back in black — the black breakfast spread, we mean. Bega Cheese announced yesterday it was buying Vegemite and a number of other lines from US-based Mondelez International, bringing the brand back to Australian ownership. The $460 million deal was a boost to Bega’s share price yesterday, which closed up 68 cents.

If you knew the name Denis Istomin before yesterday, and you thought he was capable of knocking defending champion Novak Djokovic out of the Australian Open in the second round, then I owe you a drink. If you had no idea, who he was, join the club. The 30-year-old from Uzbekistan got the better of Djokovic in five sets, saying he even surprised himself with his performance. 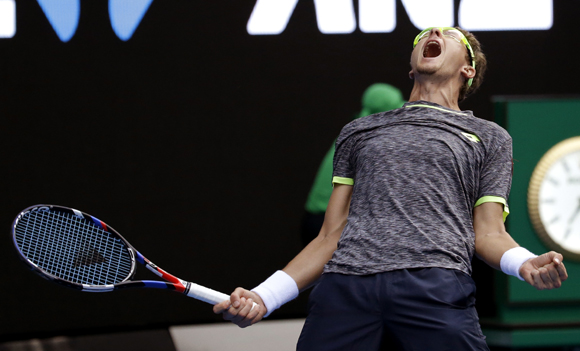 Washington DC: Yes, it’s finally here. At midday Washington local time Donald Trump will be sworn in as US president. It will all take place in the early hours of Saturday morning for us, with all Australian free-to-air TV channels (except Ten) broadcasting the ceremony live. The ABC and the Oz have these timetables to plan your all-nighter.

Sydney: Mike Baird is set to speak at an Australia Day lunch event, where we are sure his surprise exit will be a major topic of conversation.

Mike Baird’s achievements will outlive his failures — Editorial (Sydney Morning Herald): “Three years ago the soon-to-be ex-premier took to the office with a shiny reputation as a highly disciplined, one-time investment banking treasurer who got things done. He leaves with the state’s finances in robust health. That’s a big tick.”

Mike Baird was likeable, capable and well-regarded by all sides of politics — Tim Blair (The Daily Telegraph): “People often roll their eyes when politicians cite family reasons for their resignation. In Baird’s case, it’s the real deal. He’ll be remembered as one of the most honest and straightforward premiers ever to lead NSW.”

Mike Baird exit: Jittery Liberals, whether state or federal, just got more nervous — Simon Benson (The Australian $): “Conservatives, already jittery over the existential threat posed by One Nation in other states, evident in Western Australia and Queensland if not glaringly so at the last federal election, have feared for some time that NSW is the next big problem.”

Why Mike Baird quitting politics is a loss — Jennifer Hewett (Australian Financial Review $): “Without the friendly face of Mike Baird presiding over those internal divisions, those power struggles may become more obvious. None of that is going to help Malcolm Turnbull and the Liberals federally, especially with Tony Abbott always ready to make his own contributions and critiques.

An avalanche has buried up to 30 people in Italy’s Gran Sasso mountain range, pushing a luxury hotel 10 meters downhill and covering the resort in debris. The deadly incident was triggered by an earthquake, and rescue efforts have been hampered by heavy snowfall. Two men staying at the hotel survived the incident, one because he had gone outside to retrieve something from his car. — Reuters

Adama Barrow has been sworn in as the new President of Gambia, despite 22-year incumbent Yahya Jammeh refusing to relinquish power after being defeated at an election. Barrow performed the ceremony in neighbouring Senegal, with the Senegalese army now making good on a promise to send troops into Gambia to force Jammeh to step aside. The United Nations Security Council has passed a resolution calling for the transition of power to take place. — The Guardian

Donald Trump’s pick for Treasury Secretary failed to disclose $100 million in assets in disclosure documents lodged with the Senate Finance Committee. During a grilling by Democrats, former Goldman Sachs banker Steven Mnuchin was also forced to defend his use of offshore tax havens for his clients. Mnuchin blamed the complexity of the paperwork for his failure to disclose all holdings and positions. — New York Times

About 20 firefighters have been killed in Tehran after a building blaze led to a sudden collapse. The men had been subduing flames when an explosion on the 10th floor caused the structure to give way. — Yahoo

This guy tricked Infowars into publishing a completely fake report on Trump (BuzzFeed): “BuzzFeed News contacted Watson to ask why he published the content of the DMs without checking whether the information was real. He replied only: ‘BuzzFeed is cancer. BuzzFeed is fake news.'” 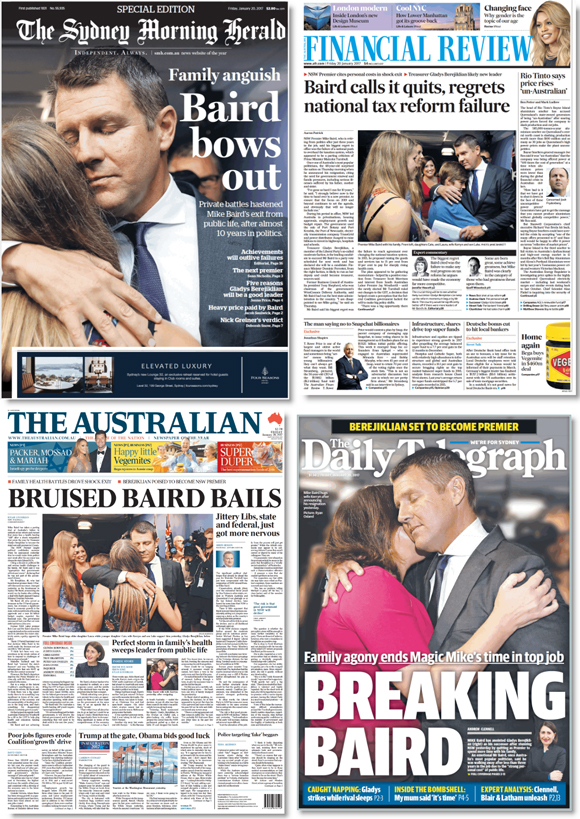