The politics of successful privatisation are tricky -- but NSW's Mike Baird managed a clever trick for quieting opposition.

The epic fight over the greyhound racing ban will mar departing New South Wales Premier Mike Baird’s legacy, but one of his greatest triumphs was turning one of the most controversial issues in NSW politics for more than a decade into a nonevent. When Baird sold off another significant chunk of the NSW electricity network at the end of last year, this time to industry super funds, it drew barely a comment from either NSW Labor or the Electrical Trades Union — despite being the issue Labor tore itself apart over, and lost party leaders for, at various points since the Bob Carr era.

It’s quite a contrast from the hysterical, racist campaign Labor and the unions waged against privatisation before the 2015 election, with the CFMEU complaining about selling “our” electricity network to China and Labor telling blatant lies about the impact of privatisation on electricity prices. This was far from being an irrational resistance to privatisation: Labor and the unions were out to protect union jobs in the industry, putting the benefits to consumers of privatisation in a distant second place. The CFMEU is a major donor to NSW Labor, and so, too, is the Electrical Trades Union, which gave over $81,000 to Labor in the lead-up to the 2015 election.

But in responding to the Ausgrid sale by the Baird government, Labor leader and nonentity Luke Foley could only bring himself to complain that the government could have got a better deal if it had waited longer and shopped the assets around more. At least that time Foley offered a coherent response; his response to Baird’s previous sale, of Transgrid (to foreign investors), was to tenuously link it to the WestConnex project so disliked by some of Sydney’s inner-city types. More interesting was the response from the ETU, which declared “as private owners go — we could do worse than an Australian Super fund.”

The non-reaction illustrates that governments looking to sell assets are often taking on two political problems, not just one: selling assets is disliked by the electorate, and foreign ownership is also regarded with hostility. The Keating and Howard government dealt with this by putting in place foreign ownership limits of one kind or another for Qantas, the CBA and Telstra. Scott Morrison’s ham-fisted intervention in the Ausgrid sale to block Asian investors accomplished something similar.

But that it wasn’t just Australian super funds but industry super funds that ended up purchasing the half-stake in Augrid appears to have also been important. Neither foreign nor, strictly, private sector, industry super funds are ostensibly a more benign entity to take control of a piece of infrastructure and its employees. It’s an illusion, of course; super funds of any stripe will seek managers who will run assets as efficiently and cheaply as possible and extract maximum revenue, just like a private corporation. And most super funds — industry, retail and corporate — invest in privatised entities like Telstra, Qantas and the Commonwealth Bank. Most Australian workers, therefore, have a long-term stake in privatised companies, but don’t necessarily associate themselves with the “shareholders” that they perceive as benefiting from the misdeeds of such companies.

The ideal way forward would be for politicians and business leaders to explain to voters the benefits of foreign investment and of properly regulated privatisation (where governments don’t structure the sale to minimise competition for the asset and thus maximise their return). But with no one either willing or, it seems, capable of doing that, super funds seem to offer an effective political cheat code for politicians dealing with truculent, privatisation-averse electorates. 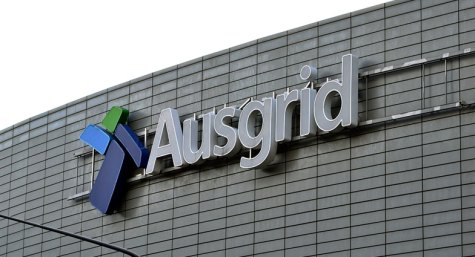 Industry super rides to the rescue on Ausgrid

“Baird sold off another significant chunk of the NSW electricity network at the end of last year”
As he does not have to manage the transition from centralized electricity production (coal) to decentralized production (renewable) he will not regret the lost ownership of infrastructure that can make it happen efficiently – but others will regret it.

“The ideal way forward would be for politicians and business leaders to explain to voters the benefits of foreign investment and of properly regulated privatisation.”

The only thing Australian voters have seen is power bills exploding since privatisations and foreign investment in this sector began. They watch on in bewilderment as government, business and unions tout the benefits of investment in coal seam gas, new coal mines, and new generation coal-fired power plants. They’ve stopped drinking the elite’s kool aid, Bernard. They can smell when it’s just private interest dressed up as public interest.

Price rises, despite promises to the contrary used to gull punters into complacency and acceptance of “the need to sell the family cow”.
Then it will be down to future generations to bite that “increased taxes” bullet, that should have been taken instead of selling Electra. As maintenance costs for those “pork barrel and magic beans investment” items of bread-and-circuses vanity-piece infrastructure mount and other items become necessary.

Getting a few more dollars up front by allowing foreign investors to bid, and then seeing all the profits go overseas, to companies that end up paying no tax, is actually quite stupid.

Public assets should always remain Australian owned, and should have tax-paying companies only bidding for them. What is your next suggestion BK, have Apple and Google bid for our assets and then set up some strange arrangement where the electricity is sold to an Irish company at below cost, which manages to transfer all the profits to Ireland or the Cayman Islands Trust, which aren’t taxed.

A great bargain, we can make an extra $50 that way.

There are no benefits to be had by consumers when shit governments sell public monopolies to their mates , hence the difficulty in selling neoliberal bullshit

Selling public utilities that are monopolies is bad. The electricity grid is a monopoly – there isn’t a parallel system which provides competition.

There was an article in Crikey in the past few days detailing how energy distribution asset owners are ripping off the community by charging higher prices, particularly in natural gas but also in electricity.