During last year’s election campaign, Trump promised if elected, he would move the US embassy in Israel from Tel Aviv to Jerusalem. It is not the first time this promise has been made during a presidential campaign. The embassy has been in Tel Aviv since the late 1960s, about 20 years after Israel was proclaimed to be an independent state. Israel identifies Jerusalem as its capital city, but the Palestinians also lay claim to Jerusalem, and most countries have their embassies in Tel Aviv.

Trump was asked about the promise in an interview with German magazine Bild this week. In the interview, Trump asserted his confidence in son-in-law Jared Kushner would be able to negotiate peace in the Middle East. “You what what? Jared is such a good lad, he will secure an Israel deal which no one else has managed to get,” Trump told Bild. Trump was also asked about his campaign promise to move the US embassy. “I’m not going to comment on that. But we’ll see,” Trump said.

Speculation that Trump meant business on embassy movements also came when Trump said he would nominate David Friedman as the ambassador to Israel in December 2016. Friedman is a bankruptcy lawyer who writes for Arutz Sheva, an Israeli news organisation. Friedman has written about his opposition to the two-state solution, which he believes was never a solution to begin with.

Some of the most recent comments from the Trump camp came from Trump senior adviser Kellyanne Conway. Last month Conway told reporters Trump had an ambitious first 100-days-plan but that he had “showed his commitment” to moving the US embassy from Tel Aviv to Jerusalem.

What is the world reaction?

A one-day international Middle East peace conference in Paris over the weekend focused on resuming negotiations between the two sides, but neither Israeli Prime Minister Benjamin Netanyahu nor Palestinian President Mahmoud Abbas attended. During the conference, French President Francois Hollande said only a two-state solution would bring peace and security to the Middle East.

Why is the US embassy move considered controversial?

When Israel was created in 1947, the 1947 UN Partition Plan recommended “the creation of a special international regime in the City of Jerusalem, constituting it as a Corpus separatum under the administration of the UN”. But after the 1967 Six-Day War, Israel took control of East Jerusalem and annexed it. In 1980, Israel’s Parliament (known as the Knesset) declared Jerusalem to be the capital of Israel, but the UN declared the law null. The UN then called for the removal of the remaining embassies in Jerusalem.

UN Secretary-General Ban Ki-moon said in October 2009 that Jerusalem should be the capital of both Israel and Palestine. This was a vision shared by the U.N. Security Council and the Arab Peace Initiative.

Moving the US embassy would reinforce the notion that Jerusalem is the capital of Israel. Many believe this would be a detrimental message to send to both sides of the conflict and would give the impression that the US sides with Israel.

Why would Trump want to move the embassy?

The promise was made by his Republican presidential primary rivals Marco Rubio and Ted Cruz in June 2015. Previous presidents have also promised to move the embassy, and the Jerusalem Embassy Act 1995 was supposed to commit the US to moving the embassy to Jerusalem. However, every president since then has signed a waiver every six months, citing national security concerns as the reason for not enacting the legislation. Trump first stated his support of the idea in January 2016. Trump then announced his plan to move the embassy were he to become president, in March 2016 during a speech at the American Israel Public Affairs Committee (AIPAC). Once it had been confirmed Trump had chosen David Friedman as the US ambassador to Israel, it became clear the US embassy move might really happen. Friedman is thought to oppose the two-state solution.

Does anyone else have an embassy in Jerusalem?

Due to the UN’s call for the removal of embassies in Jerusalem in the 1980s, the only embassy that now resides there is the International Christian Embassy Jerusalem. There are quite a few consulates in Jerusalem, including a US consulate, providing services to citizens in the city. Since Trump’s announcement, Tony Abbott, who is always trying to be helpful, has suggested Australia move its embassy to Jerusalem. 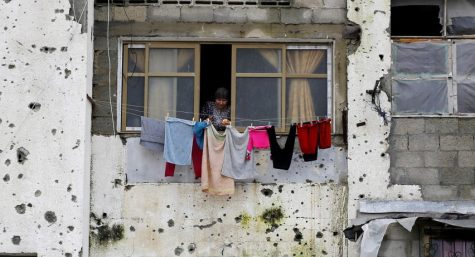 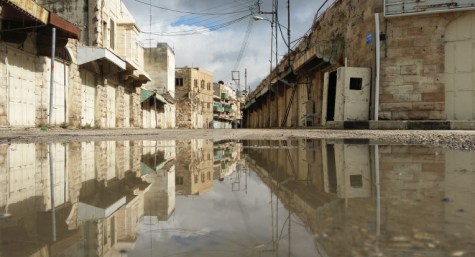 By some accounts Israel has some secret military technology that has been used to assist the US in a difficult situation. The US may be more obligated that appears.

Because the Israel lobby owns him. HE is after all a real estate shyster, the land stealers of the west bank should appeal to him.

Kushner will negotiate a peace deal in the Middle East because ‘…Jared is such a good lad…’?!!!

There I was thinking that Trump could no longer make us laugh. This gem is almost as good as a First Dog cartoon.

There is a simple answer to this Arab-Israeli issue. Bring back the Kingdom of Jerusalem. They can then both be subject to a foreign christian ruler-ship that they can unify around hating. After all – Christians have as much claim to Jerusalem as either Jews or Muslims.