Good morning, early birds. The Department of Immigration spent billions on the detention centres on Nauru and Manus Island without proper authorisation, and one-third of university students don't finish their courses. It's the news you need to know, with Cassidy Knowlton and Max Chalmers.

IS OUR CHILDREN LEARNING?

One-third of university students fail to graduate within six years, according to new statistics released by the federal government. “It’s a reminder to students as they consider university offers now to think carefully about what the course is and what the university is and make sure it is a good fit for them for the future,” said Education Minister Simon Birmingham. The worst universities for dropout rates are Charles Darwin University in the Northern Territory, Central Queensland University and the University of Southern Queensland, which had completion rates of just about 40%. The University of Melbourne had the best completion rate, at 88%.

The Department of Immigration spent $1.1 billion on the offshore detention camps on Manus Island and Nauru without authorisation and another $1.1 billion was spent with “no departmental record” of who had approved the payments, the Australian National Audit Office has found. “The department did not put in place effective mechanisms to manage the contracts,” the audit found, according to SBS. “Other than the contracts, there was no documentation of the means by which the contract objectives would be achieved.” Another problem, reports Fairfax: “And in an astounding oversight, the department failed to update its asset register or advise Comcover about a new $75 million facility in Nauru — meaning the building was not insured when it burnt down in a riot in 2013, within weeks of being commissioned.”

“The decision to suspend the underwater search has not been taken lightly nor without sadness.” — Joint statement between the Australian, Malaysian and Chinese governments, which have decided to end the search for missing Malaysia Airlines flight MH370. The search has cost more than $200 million so far and has turned up little.

JUST ANOTHER RORT IN PARADISE

It is Attorney-General George Brandis‘s turn in the expenses rorting spotlight, with The Australian reporting the A-G took his son to remote western Queensland for three days — billing the taxpayer to the tune of more than $12,000. “Senator Brandis and his son Simon visited a property once owned by his former wife’s family in the late 1800s, and paid their ­respects at the grave of his great-great-uncle,” the Oz reports. Sound like official business to you? And speaking of scalps claimed by spurious entitlements claims, Prime Minister Malcolm Turnbull is expected to announce Greg Hunt will take the Health portfolio after Sussan Ley stood down after buying an investment property while on a taxpayer-funded trip. Arthur Sinodinos, who had been filling in for Ley in Health, is expected to take Hunt’s portfolio of Industry.

RUNNING FOR THE BREXIT

British Prime Minister Theresa May has for the first time outlined her priorities for the upcoming Brexit negotiations. Among her 12 goals, May said Britain would aim to:

May’s speech also guaranteed the British Parliament would be granted a vote on the final agreement, which will begin to be negotiated in March. Though often striking a conciliatory tone, May warned that attempts to punish Britain for leaving the EU would be “an act of calamitous self-harm for the countries of Europe” and that “no deal for Britain is better than a bad deal for Britain”. The British PM reiterated the threat that Britain could lower its tax rates to poach investment from Europe. “June the 23rd was not the moment Britain chose to step back from the world,” May said. “It was the moment we chose to build a truly Global Britain.”. Full speech here. 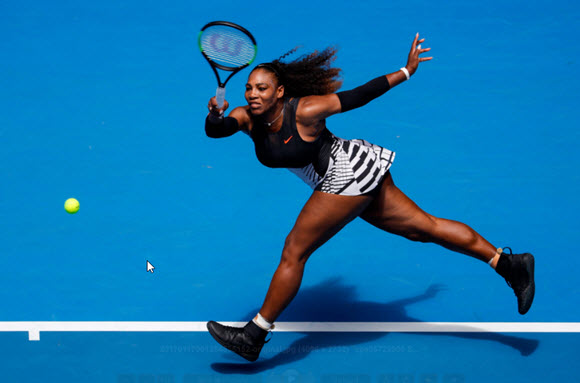 Also, Transport Minister Darren Chester will hold a press conference in Melbourne on why the search for missing Malaysia Airlines flight MH370 is being abandoned.

Australia joining US in openly trashing global climate efforts — Bill McKibben (Sydney Morning Herald): “By vacating this space not only are Australia and the US blocking faster action on climate change, they are opting to miss out on the new jobs and investment opportunities offered by these industries.”

Coal recovery puts port prices in the spotlight — Michael Smith (Australian Financial Review, $): “The volumes provide short-term evidence that the coal trade is not hurting as much as the industry originally feared. It is also a sign there is still life in the old commodity yet, despite growing pressure to phase it out in favour of renewable energy sources such as wind and solar.”

Whether you’re leave or remain, Theresa May just betrayed you on Brexit — Tim Farron (The Guardian): “Today’s speech was yet another vain attempt by the prime minister to rewrite history. She claimed that people voted to leave the single market. They did not. In fact, polls show that 90% of voters want to remain part of the single market.”

Russian President Vladimir Putin has attacked the outgoing Obama administration for undermining the legitimacy of President-elect Donald Trump. Putin dismissed the accuracy of a dossier alleging Trump engaged in unconventional sex acts with prostitutes in Moscow and said those who “fabricate” such claims for political purposes are “worse than prostitutes”. In separate remarks, Russian Foreign Minister Sergey Lavrov attacked the outgoing administration’s “messianic” attempts to enforce Western values on the world. — Associated Press

The Nigerian government has mistakenly bombed a refugee camp, killing more than 100 people. The raid was supposed to target Boko Haram militants but instead struck a camp near the country’s border with Cameroon. Among the dead were at least six volunteers with the Red Cross. It’s not clear how the camp was mistakenly attacked. — The Globe and Mail

Donald Trump is already weaseling out of being President (Vanity Fair): “Friends have said that the insular president-elect, who is accustomed to getting his own way, will try to maintain his version of normalcy once he is in office.”

An American tennis player finds her voice (The New Yorker): “Over the past year or so, her writing has become more engage: she’s opened her laptop at tournaments around the world to express her views on gun control, the refugee crisis, climate change, Black Lives Matter, Donald Trump, and, especially, all things that thwart or threaten equality for women.”