Former prime minister Tony Abbott is full of advice for his successor on policy, most of which he failed to do when he was PM.

Since losing his prime ministership and becoming a humble backbencher, Tony “It has been a great honour to serve the people of Warringah” Abbott has had many helpful tips for the man who deposed him, Malcolm Turnbull. Funnily enough, many of the things Abbott believes should now be government policy were not on his radar when he was in the top job.

So what backbench armchair policy advice does Abbott now offer to Turnbull that he didn’t do when he was prime minister the first time around?

As Crikey‘s Bernard Keane wrote a few months into Turnbull’s prime ministership, when it comes to Abbott calling for the Turnbull government to rein in spending, it’s a case of “do as I say, not as I did”. During Abbott’s term as PM, taxes rose from 21.5% of GDP under Labor to 22.3% of GDP when he got the boot, and spending rose 1.8 percentage points to 25.9% of GDP.

In Abbott’s increasingly busy writing schedule, the former PM this week wrote in the Weekend Australian that Australia should scrap plans to reach 23.5% renewable energy by 2020, something his government had said was enough when Labor announced plans for a 50% renewable energy target. Abbott admitted it might be difficult to get through the Senate (something he always struggled to do as PM) but said the government would be on the side of lower power prices and jobs.

In government, Abbott abandoned plans to overhaul section 18C of the RDA in exchange for support from some ethnic communities for one of the many tranches of national security legislation the Abbott-Turnbull government has brought on over the past few years. Now he no longer has to bear the consequences of his policy stance, Abbott says he made a mistake, that 18C is a “bad law” and the Australian Human Rights Commission is “a pretty crook organisation”.

Abbott has said he would have continued to pursue tax reform (which Turnbull mostly abandoned after a mild Abbott-like campaign against GST increases from Labor). Most of Abbott’s tax reform was in the early stages when he was ousted two years into his term as PM.

In June 2014, then-Abbott government minister Scott Ryan launched the Safe Schools Coalition — work that had been commenced by the former Gillard government but continued under Abbott.

“It is simply the right thing to do. Every student has a right to feel safe at school,” Ryan said.

In another Trump-inspired move, Abbott has publicly advocated for moving the Australian embassy from Tel Aviv to Jerusalem if the US does the same. Labor MP Michael Danby — who also backs this move — has suggested the revelation has more to do with Abbott taking shots at Turnbull. 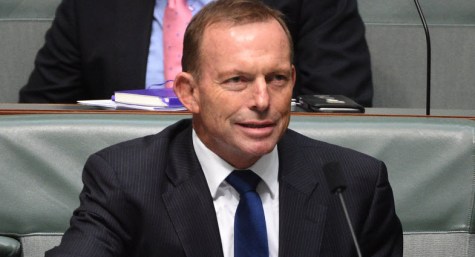 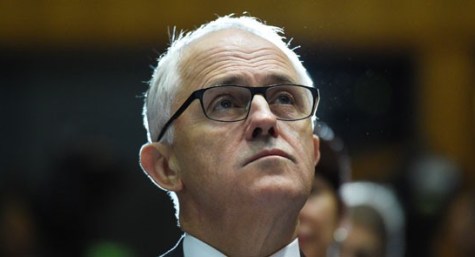 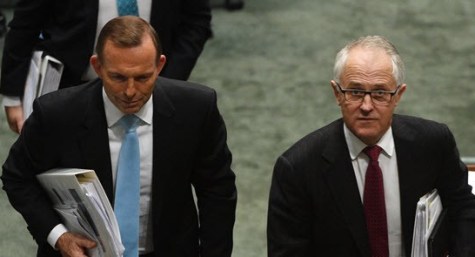 Was the renewable energy industry better off under Abbott?

Will you please stop using this portrait. It makes him look even more like a smug egg stealing goanna than usual. It is enough to make me choke over my lunch. Something take a little further away perhaps.

Your description is so apt that it hurts.

Even a goanna has standards.

As the Big Goanna might have said of this runt, “yond caricature has a lean & hungry… he thinks too much, stoopidly”.

I’m inclined to set the RSPCA or PETA onto your hide OGO ! Unless a goanna actually stole an egg from you personally and you still bear the scars , what could drive you to “diss” a poor reptile in such a manner !

Funnily enough, many of the things Abbott believes should now be government policy were not on his radar when he was in the top job.  Bit like Malcolm Fraser, long after he left a position of being able to effect change. Is this some kind of ex Liberal Party leader relevance deprivation syndrome sickness?

How often do you turn your compost heap?

I have nothing against egg-stealing goannas per se. Rather it is the sickening smirk which Abbott has landed on the unfortunate reptile which makes me want to throw up.

It’s when he licks his eyeballs that I really shudder. Worse than his wink.