No daylight on Day study. Before deciding to allow Bob Day to work out of an electorate office he had once owned but sold to a mate using money he then loaned the mate, the Department of Finance conducted a feasibility study to determine if this was in fact, a good decision to make.

This document was referenced multiple times in the documents tabled in Parliament before the matter ended up in the Court of Disputed Returns over whether Day was eligible to be elected to the Senate because of the deal for his office. We filed an FOI and paid a deposit on it before the court hearings, but this week the request was rejected on account of the fact that it might prejudice Day’s day in court.
Surprising? No, but now we wait with bated breath for the court’s decision.

Returned and Services beleaguered. Audits of spending at the NSW branch of the RSL, which were referred to police for investigation, made headlines in December, but what is going on at the national branch of the RSL? An opinion piece by Kel Ryan — an academic writing on issues of the Australian defence community in the 21st century — in the Australian edition of The Spectator (yes, we are really quoting from The Spectator) accuses the organisation of “[failing] the challenge of the 21st century as sub-branches close, local leadership ages and resists change”. Ryan adds a caveat that the organisation is starved of funds, unlike its state-based branches. A tipster tells us RSL National CEO Sam Jackman left the organisation in December 2016, after less than two years. Acting CEO Georgie Macris told Crikey Jackman had resigned to spend more time with her family, who are based in South Australia, but a tipster tells us Jackman had been “treated like a personal assistant by the troglodytes on the board”.

Disharmony day. The fallout from homophobic comments made by former One Nation candidate Shan Ju Lin continues, with Ipswich City Council pulling its funding for World Harmony Day festivities organised by Lin’s organisation. Lin is president of the World Harmony Day Society, which runs Harmony Day events in Ipswich and Brisbane. After media reports that Ipswich City Council had pulled funding, the University of Southern Queensland said it was “currently reviewing our ongoing participation in Harmony Day” in response to Facebook users asking about the events. One Nation is again dealing with homophobic comments by a candidate, this time in the Queensland seat of Glasshouse, where Tracey Bell-Henselin posted several homophobic comments on her own Facebook page, the The Courier-Mail reports. But this time Hanson is sticking by the candidate, saying the comments were taken out of context.

Holiday beard watch. The holiday beard lives! In the Northern Territory no less, with Labor MP Luke Gosling putting in a good effort. We hope it makes it to Canberra. 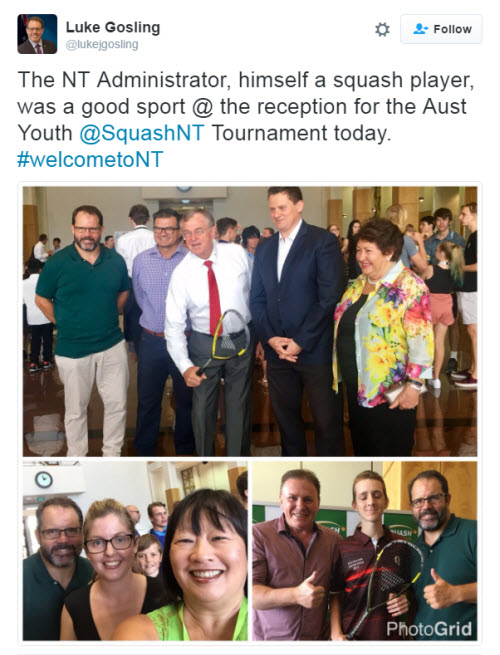 Correction. Yesterday we published a tip stating that Susan Wyndham spent three and a half decades with Fairfax, which is incorrect. She was a full-time journo for 36 years, eight of which were as the New York correspondent for The Australian.