Australian taxpayers paid over $2 million for politicians to fly around Australia during the eight-week 2016 federal election campaign.

Ministers and shadow ministers charged taxpayers for flights and accommodation to attend their own party’s campaign launches in July’s federal election, as MPs racked up millions of dollars in travel expenses during the election campaign.

A Crikey analysis of claims made by all MPs and senators from when the writs were issued on May 9 until the end of June 30 last year found that in total the cost for flights, travel expenses, Comcar and other travel costs during the election total over $2.078 million for the marathon eight-week election campaign. This was of course during the caretaker period — a time when little to no governing actually goes on and when politicians are fiercely focused on winning their seats back, an activity for which they are not allowed to charge the taxpayer.

Several senior government ministers even went as far as to charge taxpayers to attend their party’s launch in the final weeks of the campaign in June. These include Finance Minister Mathias Cormann, Justice Minister Michael Keenan, Employment Minister Michaelia Cash, Immigration Minister Peter Dutton and Attorney-General George Brandis all charging either flights or accommodation expenses for the June 26 Liberal Party campaign launch in Sydney.

On the Labor side it was no different, with opposition health spokeswoman Catherine King, former opposition defence spokesman Stephen Conroy and shadow attorney-general Mark Dreyfus charging taxpayers for flights to Labor’s campaign launch a week earlier.

The common wisdom that expenses were no longer available to MPs after the campaign launches did not hold true either, with Cash and Cormann charging for their flights back from the launches.

Crikey is not suggesting that politicians were breaking travel allowance rules in making these claims. All these expenses are believed to be within the rules and existing conventions that allow politicians to claim expenses for official business including campaign launches. But they highlight how much public funding already goes into the election campaigns by stealth for both the major parties and incumbent MPs in a time when there is pressure for limits on private donations and the introduction of proper public funding in Australian elections.

The use of expenses is not something explicitly addressed in the guidelines on caretaker conventions issued by the Department of Prime Minister and Cabinet. And indeed, looking through all 232 separate expense claims (some for retiring MPs) filed by parliamentarians shows wildly different approaches in claiming expenses. While some politicians seemed to bill most things to the taxpayer, some were very specific, billing only for events on a particular day, or one one particular trip. Around 50 politicians — most of them retiring but not all — billed for virtually nothing at all during the election. And some MPs who were not recontesting their seats nonetheless managed to bill the taxpayer quite a lot for flights and Comcars around the country. Retiring NT senator Nova Peris, for example, billed Australians more than $7000 for flights during the campaign, even though she did not recontest her seat. She announced she was stepping down on May 24 but continued to file expense claims until late June.

Many ministers and shadow ministers were sent around the country at taxpayers’ expense to make announcements during the campaign, such as when Kelly O’Dwyer visited Geraldton in June. Labor Senator Sam Dastyari clocked up travel expenses of more than $7000 crisscrossing the country by plane and on the Bill Bus. During the whole eight weeks, embattled Health Minister Sussan Ley took more flights than any other MP at 42, followed, surprisingly by Canberra-based shadow assistant treasurer Andrew Leigh at 39 flights in eight weeks. Greens leader Richard Di Natale came in fourth with 34 flights, but racked up a massive 130 Comcar trips in the eight weeks, adding up to $15,292. Julie Bishop had the highest Comcar bill during the election at $26,126.

The Coalition’s campaign spokesperson, Mathias Cormann, who was forced to reside in Canberra for most of the campaign, racked up the highest travel allowance bill for the election at $11,745, followed by Ley on $11,072 and Opposition Leader Bill Shorten on $10,436.

The flight costs for both Shorten and Prime Minister Malcolm Turnbull were not included in their expenses data, but both claimed travel expenses for much of the campaign.

This data for theses expenses is not available in any easily digestible format, so we were forced to painstakingly examine each PDF for every politician individually and tally up the costs per politician for the eight-week election period. The spreadsheet is available here. 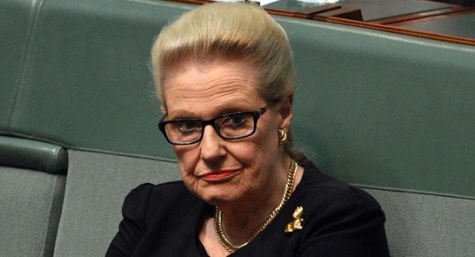 While new hopefuls have to pay for their own election costs.

Eh, they all do it.
Not much you can do to stop it.

Easy. No travel allowance for any pollies once the writs are issued and the election is called. That will make it a level playing field.

Thank you to the researchers at Crikey for the spread sheet. Even more illuminating is adding in columns for the electorate/state, whether the parliamentarian was standing again and their role in Government. There is an expectation that ministers will travel more, or even that that members in far flung constituencies will clock up more air-miles, but the contrast between the claimed expenses for some unknowns and zero claims by other well known entities raises all sorts of interesting questions about propriety.

Whatever changes may, one dimly discernible distant day in the future, be made the current risible rules, a simple corrective even for the current abuse is to make all information immediately available – on a Parliamentary site.
The make it an offence of misleading Parliament not to keep it up to date – a month at most, like a credit card statement.