Good morning, early birds. Sussan Ley is in good company, with travel claimed by Julie Bishop, Tony Abbott and Darren Chester under the microscope today. It's the news you need to know, by Sally Whyte and Max Chalmers.

The government will act on MPs’ expenses, with legislation clarifying what “official expenses” are to be introduced in the first half of this year. Acting Special Minister of State Kelly O’Dwyer announced yesterday the government would implement the recommendations from the review of the expenses system. The review of the expenses system, initiated in response to Bronwyn Bishop‘s taxpayer-funded helicopter ride, was published in February last year, and The Guardian reports just three of the 36 recommendations have been implemented so far.

Sussan Ley is still in the spotlight, with The Australian reporting she spent more time on the Gold Coast than she did in Hobart, Adelaide and Perth combined and Fairfax reporting she spent $13,000 on charter flights from capital cities when commercial options would have been available.

Ley isn’t alone, of course — the ABC has revealed Foreign Minister Julie Bishop spent $2716 of taxpayer money attending the Portsea Polo on Victoria’s Mornington Peninsula in January last year. Bishop is due to attend this year’s event on Saturday.

It’s not all on one side — Labor frontbenchers Chis Bowen and Brendan O’Connor spent $10,000 of taxpayer money on family trips to Darwin during school holidays, the Oz reports.

ROD CULLETON’S END IS NIGH

Western Australian Senator Rod Culleton‘s days in Parliament are numbered, reports The Australian. Senate President Stephen Parry has rejected Culleton’s call for the Senate to be recalled to determine his status after he was found bankrupt by the Federal Court last month. The 21-day stay ordered by the court will be lifted on Friday, meaning that Culleton will be officially bankrupt and no longer illegible to be a Senator. The Oz reports that Parry is preparing to notify the Western Australian governor there is a vacancy to be filled in the Senate. The High Court, sitting as the Court of Disputed Returns, will have to determine how the vacancy is filled.

Australia is set for its own answer to the United States’ Office of Homeland Security, the Daily Telegraph‘s Sharri Markson writes today. A new “super portfolio” will be responsible for bringing the AFP, ASIO and Australian Border Force into one agency to co-ordinate counter terrorism efforts. Markson reports the idea has been taken to cabinet, and some MPs are encouraging PM Malcolm Turnbull to move ahead with the idea. The PM wouldn’t confirm the new department and ministry to Markson.

Canberra: Australia and Japan will sign a deal on shipping hydrogen, the sexier name of which is rocket fuel.

London: The new trial of Rolf Harris will continue now that the jury has been selected.

Ben Hilfenhaus smashed his way to victory for the Melbourne Stars last night, snatching victory from the Adelaide Strikers in the BBL hitting 32 not out from 24 balls. 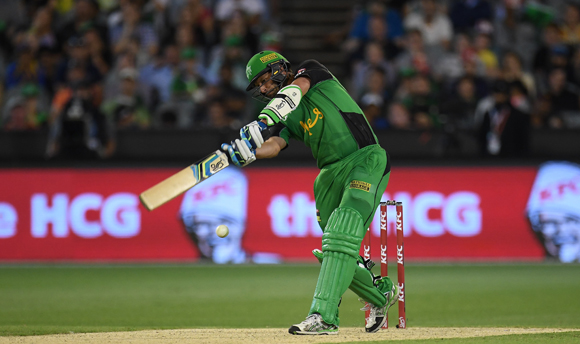 Rules need to ensure probity of MPs’ claims — Jeff Kennett (Herald Sun $): “The UK has established an Independent Parliamentary Standards Authority. Maybe Australia should review elements of that body and adopt much of its independence.”

MP rorts reform an uphill battle, but leaf could be taken from public sector — Primrose Riordan (Australian Financial Review $): “Despite popular calls from independent MPs and minor parties – that will only eat further into the Liberal and Labor vote – don’t hold your breath waiting for the major parties to agree.”

Centrelink’s automated debacle shows we need to rethink welfare and work — Tim Hollo (The Age): “Just as taxi licensing regimes have to face up to Uber, and urban planning needs to deal with AirBnB, our welfare system needs to change to catch up with technological disruption.”

May God help these cotton wool kids — Kevin Donnelly (The Daily Telegraph $): “Even though religion is often sidelined and ignored, it’s also true that Christianity provides an anecdote to anxiety and depression. Stories such as David and Goliath ­illustrate how ingenuity and faith can beat what appear to be insurmountable odds.”

President Xi Jinping is set to become the first Chinese head of state to attend the World Economic Forum in Davos next week, joining thousands of bankers, executives, and fellow national leaders. Among the other prominent guests will be outgoing US Vice-President Joe Biden and Secretary of State John Kerry. Angela Merkel and Canadian PM Justin Trudeau will not be in attendance this year. — Reuters

The Palestinian Liberation Organisation has warned it will revoke its recognition of the Israeli state if the US moves its embassy from Tel Aviv to Jerusalem. President-elect Donald Trump has said he will appoint ardently pro-Israel and pro-settlement figures to key diplomatic and advisory posts, and Republican senators have already introduced legislation demanding the embassy be moved. — The Guardian

Three centre-right parties in Iceland have agreed to form a coalition government ending a deadlock that lasted since national elections took place in October last year. As part of the agreement, the Icelandic parliament will vote on whether to put a referendum to the country proposing it join the European Union. — Reuters

The European Court of Human Rights has dismissed an effort by a Swiss family to have their daughters excused from compulsory mixed-gender school swimming lessons. The Muslim family claimed their freedom of religion was being infringed, but the court found Swiss authorities had not violated human rights law by fining the parents for refusing to send their daughters to the class. — BBC

FIFA has agreed to increase the number of teams that participate in the Football World Cup. The competition, which currently includes 32 nations, will grow to allow 48 participants in 2026. The move is a win for emerging football nations in Asia and Africa, but it has been criticised as a money grab by the financially stricken governing body. — New York Times

A poor background can help your career. But rich is better (Sydney Morning Herald): “No matter which yardstick Chuprinin and Sosyura looked at, the managers from disadvantaged origins beat their counterparts from wealthy backgrounds. And it’s likely to be a similar story in a host of other occupations.”

U.S. Bombed Iraq, Syria, Pakistan, Afghanistan, Libya, Yemen, Somalia in 2016 (NBC News): “The U.S. dropped an average of 72 bombs every day — the equivalent of three an hour — in 2016, according to an analysis of American strikes around the world.”

The Young Trump: Jared Kushner is more like his father-in-law than anyone imagines (New York Magazine): “To the Times, Kaplan cited a scene from Citizen Kane, saying every young man should think it would be ‘fun to run a newspaper.’ Privately, though, he made a different cultural reference. Kaplan told friends that Kushner’s favorite book was The Count of Monte Cristo, the story of a wronged man who escapes prison, becomes rich, and uses his wealth to stealthily visit vengeance upon his unsuspecting enemies.”

I assume that Culleton is no longer eligible, rather than no longer illegible. Unless all that work on court cases has improved his handwriting.

I think I have a solution to the expenses scandal. Since we have entered the Post-Truth era, we can just pretend it never happened / isn’t happening. We can pretend all these people who refer to each other as honourable are actually honourable! That way, they might be less stultifying to the faith and morale of the public?

It’ll never stop. They’re not going to kill (or even injure badly) the goose laying the golden eggs. It’s the cream on the cake.
They’re not all into it. I’m sure there are some who do the right thing. But the rules need to be amended to rein in those who don’t. Greed is a strong motivation.
This cartoon was created when their greed last bubbled to the surface……