How to fix entitlements rorts

Global Lead Advocacy and Communications at Global CCS Institute Antonios Papaspiropoulos writes: Re. “The Australian’s clean coal magic trick” (yesterday). Claims made by John Quiggin which attempt to disregard carbon capture and storage (CCS) as a global warming mitigation technology contain a number of egregious errors. For the record, the facts are these:

We thank Mr Quiggin for the opportunity to rectify these inconsistencies. Climate change is a reality and the debate is important.

CCS technology has been around since the 1970s and is renowned as a proven, safe, and cost-effective technology.

Best available modelling by the UN Intergovernmental Panel on Climate Change (IPCC), the International Energy Agency (IEA) and a veritable army of global climate change experts, agree that it will be impossible to deliver Paris climate change targets, and at least cost, if CCS is not adopted as a key mitigation option.

Sisters are doing for themselves

Meredith Williams writes: Re. “Bronnie rotten on socialism, defends using the N-word” (yesterday). Bronwyn Bishop draws a long, shaky and injudicious bow in attacking socialists over an issue that has everything to do with misuse of privilege and misappropriation of taxpayer money, and nothing at all to do with free enterprise. Moreover, in comparing socialists to alcoholics she further discredits her own stance. Socialism is an adopted, reasoned ideology, whereas alcoholism is a disease that afflicts and destroyed lives indiscriminately. Deflecting from the real issue by victimising the vulnerable is not a good look, even in pearls.

Greg Poropat writes: There is a simple solution to the vexed issue of politicians’ travel entitlements. Eliminate ad hoc expense claims and grant all pollies a one-off increase in salaries to cover travel and electorate expense, the value determined according to individual positions (e.g. minister v. backbencher) and electorate location with the increase being taxable income. Then treat each politician as any other taxpayer is treated. If a politician wants to claim a travel or electorate expense as a deduction against their income let them do so via their taxation return and allow the ATO to determine the eligibility or otherwise of the expense, treating any disallowed expense with the same severity that any other taxpayer’s false claim is dealt with.

A few years ago a Welfare Rights Centre review into the system concluded that the only guarantee a Centrelink customer would receive their entitlements is if the customer knows the system better than the people working in Centrelink. This, of course, is hardly ever the case. I suspect Centrelink underpayments vastly exceed overpayments. But of course, the department conveniently does not collect the data and no-one cares about the problem.

CCS is doomed, yet we’ve pumped millions in to it 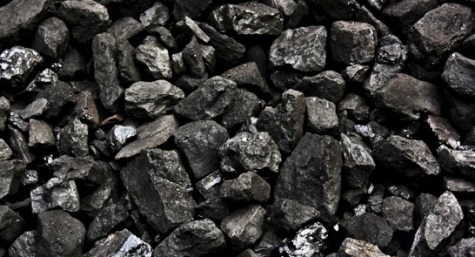 Global CO2 emissions are at least 30 billion tonnes a year. It would require 10,000 three million tonne a year Gorgon CCS sized projects to cover the emissions, not including the extra emissions incurred as a result of the considerable amount of energy needed to power the CCS process.

Are there any plans, or even the possibility, of having at least 1,000 and covering not even 10% of emissions?

Carbon capture and sequestration (CCS) cannot possibly hide away such a vast quantity of waste as we emit. Instead the concept provides the PR illusion of net zero emissions, excuses for lying politicians, and a sink for guilt money on a scale that we do not want removed from our taxes.

John Quiggin is not so emphatically “wrong” on all points as the CCS spokesman is shouting above. No doubt his rage is calling the faithful to rise up against the heretic, but he himself is wrong repeatedly. In particular, a planned scheme to capture and bury a measly 3 Mt/a is not a triumphant reduction, but an insult to the intelligence of anyone who thinks to compare it to the 40,000 Mt/a currently being emitted. That scheme (Gorgon) has the rare virtue of being injected under dry land, where our environmental scientists will be able to measure the rate at which the CO2 escapes back into the atmosphere.

@Greg Poporat – genius. Put auditing of travel deductions in the hands of a department whose budget is determined by the people being audited.