Crikey Worm: Centrelink pain gets worse, and the end of Sussan Ley?

Good morning, early birds. Another day of bad headlines for the government, a new tennis star and the death of Michael Chamberlain. It's the news you need to know, by Sally Whyte and Max Chalmers.

LEY COULD BE SUNK

Health Minister Sussan Ley didn’t last until lunch time yesterday, standing down from the ministry while her travel expenses are investigated by Prime Minister and Cabinet secretary Martin Parkinson. In a press conference in her electorate, Ley attempted to explain some of the 22 trips to the Gold Coast for which she has charged the taxpayer. Ley was clear that she did intend to return to cabinet, but a government source told The Australian that without a proper explanation, it would be unlikely. Arthur Sinodinos, who will be acting health minister during the investigation, is one name that has already been thrown up in the case of a reshuffle.

The maritime treaty between East Timor and Australia will be abandoned, it was announced in a joint statement by the two countries yesterday. The controversial 2006 treaty placed rich oil and gas deposits inside the Australian maritime border, even though they are closer to East Timor, and has been at the centre of a diplomatic row. It was revealed in 2013 that Australian spies had eavesdropped on the East Timorese cabinet office at the time the treaty was originally negotiated, and East Timor took Australia to the Permanent Court of Arbitration in the Hague over the treaty last year. A permanent boundary will now be negotiated.

The Centrelink crisis is set to get worse, Fairfax’s Noel Towell reports, as the agency moves into the busiest time of the calendar year. The union representing workers says employees are at breaking point, while the Commonwealth Ombudsman has confirmed he is investigating the debt debacle. The Australian Lawyers Alliance told The Guardian there was a possibility people targeted with inaccurate debts could sue Centrelink.

Former speaker Bronwyn Bishop was one of few to publicly support Ley yesterday, using a long interview on Sky News to claim that it’s not Ley’s fault, it’s the socialists’. Yes, really.

“I do know that there are socialists out there who want to attack free enterprise and anyone who sticks up for it. And I know that socialists, like alcoholics, will blame anyone but themselves. And whereas alcoholics can damage their own families, socialists can destroy the whole country.”

Watch the full video here; it’s worth the seven minutes.

The father of baby Azaria Chamberlain, who was taken from her parents’ camp at Uluru by a dingo in 1980, has died. He campaigned for many years to clear the name of his then wife, Lindy Chamberlain, writes Malcolm Brown.

Australians have a new hope in the tennis world, with 16-year-old Destanee Aiava to play her first match in the Kooyong Classic today. The Narre Warren teenager has wild-card entry into the Australian Open next week, but today she takes on Romanian Sorana Cirstea. Tennis legend Pat Cash says Aiava has a chance to win the competition, which takes place before the first Grand Slam of the year. 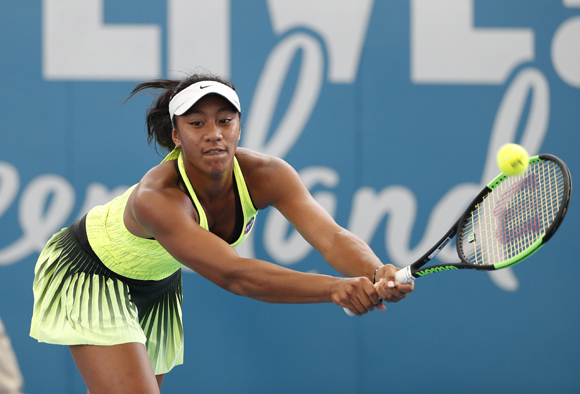 Sydney: The funeral of former NRL player Chad Robinson will be held at Parramatta Marist High this morning. Robinson’s friends remembered him in the Daily Telegraph today.

The Australian Bureau of Statistics will release retail trade figures for November 2016.

Reshuffle a pain but Turnbull does have options — Chris Kenny (The Australian $): “Cabinet Secretary Arthur Sinodinos, who is acting as health minister, could take on the job permanently. Or Defence Minister Marise Payne — currently in an awkward duet of defence ministers with Christopher Pyne — could take health.”

Centrelink debt recovery shambles makes small change of Ley’s claims — John Birmingham (Sydney Morning Herald): “This is the really sickening aspect of this business; the egregious hypocrisy. Here is a government that launched a ham-fisted assault on thousands of innocent people, a government that unleashed debt collectors and standover merchants on the sick, the mentally ill, the poor and disadvantaged, wrongly in many cases, and with reckless indifference to the consequences.”

Australian CEOs should follow Trump’s Twitter lead — Philip Baker (Australian Financial Review $): “Indeed, maybe it’s one way businesses can get back the faith from the public they seem to have over the past few years.”

The Kremlin has dismissed a partially declassified US intelligence report blaming Russia for interfering in the US presidential election, describing the document as “baseless”, “amateurish”, and “emotional”. The public report did not include all evidence contained in a still classified version of the report but did state with “high confidence” that a Russian intelligence agency hacked the Democratic Party’s email servers and provided the contents to WikiLeaks. In Russia, even some critics of Vladimir Putin have criticised that finding. — The Guardian

A US Navy vessel has fired warning shots at Iranian “fast-attack vessels” in the Strait of Hormuz. The Iranian boats reportedly came within 800 metres of the US ship. Last year, President-elect Donald Trump vowed Iranian vessels hassling US ships in the Gulf would be “shot out of the water”. — Reuters

Volkswagen executives were aware the company had been fixing cars to cheat emissions tests and intentionally misled US regulators, according to an FBI complaint filed in a US court. The complaint says that when briefed on the deception, executive management authorised the company to continue concealing it. VW has already had to pay compensation to drives in Spain and the US, and could face a fresh class action in the UK. — BBC

Donald Trump has responded to a pointed critique from actress Meryl Streep, who dressed down the President-elect for bullying while accepting an award at the Golden Globes. Trump told the New York Times that Streep was a “Hillary lover”, tweeted that she was “the most over-rated actresses in Hollywood”, and again denied that he had mocked a reporter for his physical disability. — New York Times

La La Land won a record seven Golden Globes, the most ever by a single film. Full the results here.

In their search for independence, Catalans can resemble Brexiteers (The Economist): “Catalan nationalists claim to be exemplary pro-Europeans. But there are many echoes of Brexit in Catalonia. Instead of Brussels, it is Madrid the nationalists accuse of stealing Catalans’ money.”

Nixon Tried to Spoil Johnson’s Vietnam Peace Talks in ’68, Notes Show (New York Times): ”There’s really no doubt this was a step beyond the normal political jockeying, to interfere in an active peace negotiation given the stakes with all the lives,’ said John A. Farrell, who discovered the notes at the Richard Nixon Presidential Library for his forthcoming biography… ‘Potentially, this is worse than anything he did in Watergate.'” 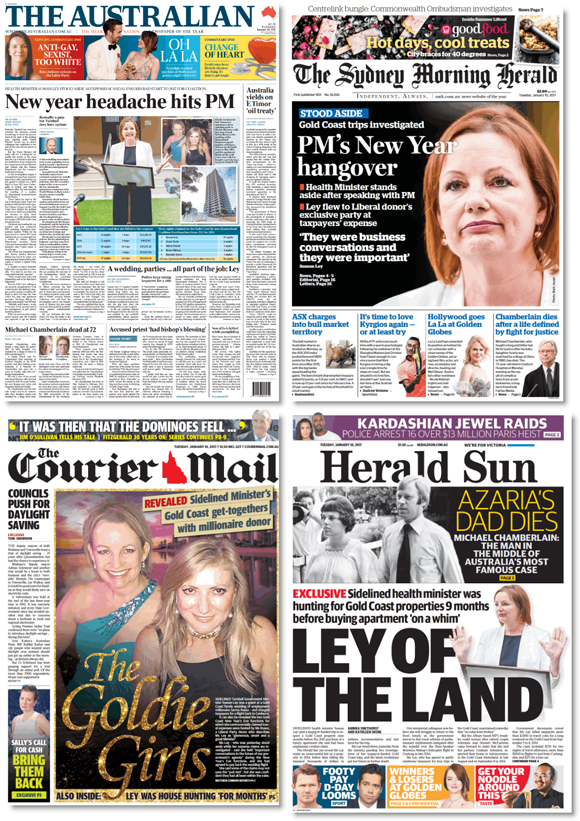