Bachie billionaire? James Packer had a 2016 to forget, with the end of his engagement to singer Mariah Carey as well as the many troubles for Crown, but 2017 is looking up, with the billionaire coming in at No. 22 in Town and Country magazine’s worldwide list of eligible bachelors. Packer’s write-up says: “The Australian billionaire called off his engagement to Mariah Carey because of her extravagant spending and his disdain for her reality show” and lists his “natural habitat” as “staying away from the spotlight in Bondi Beach”. It doesn’t mention that Bondi is where Packer came to blows with his mate David Gyngell or that he spends a lot of his time in Israel now. His caveat, writes Town and Country, is “Carey is demanding a $50 million settlement and plans to keep her $10 million ring. Still, to him it’s chump change.” He even comes in ahead of Twitter co-founder Jack Dorsey and tech giant Elon Musk.

It’s easy as 1,2,3 … New year, new you? The ABC is advertising the role of chair of the board, asking for “high-level leadership and vision as well as a commitment to the highest standards of governance and personal and professional integrity”. The Oz is reporting today that David Gonski and former Telstra boss David Thodey are in the mix for the gig, which becomes vacant in March when Jim Spigelman’s five-year term is up. 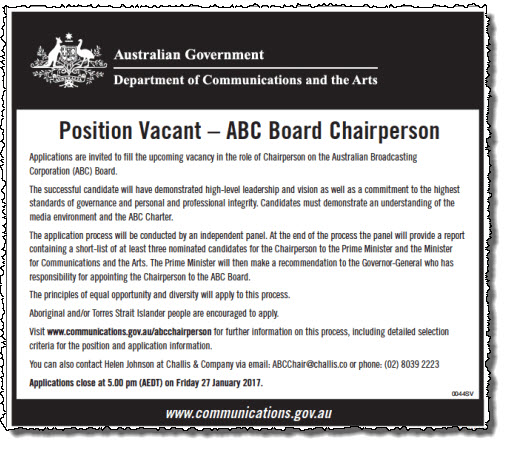 Password1qwerty. Minister Assisting the Prime Minister for Cyber Security Dan Tehan is in the News Corp tabloids today, lecturing readers on how to stay safe online and have a safe password. It’s all linked to New Year’s resolutions like eating a healthy breakfast, but there’s also this line:

“A famous New Yorker cartoon coined the adage, ‘on the internet, nobody knows you’re a dog’, which recognised the anonymity provided online.

“To a large extent, on the internet, nobody knows who the scammers are.”

If you have to explain the joke, it’s probably not worth it, hey?

Holiday beards, 2017 edition. Education Minister Simon Birmingham is the first pollie off the ranks when it comes to sporting a holiday beard. This salt and pepper number suits him. Hope it’s here to stay: 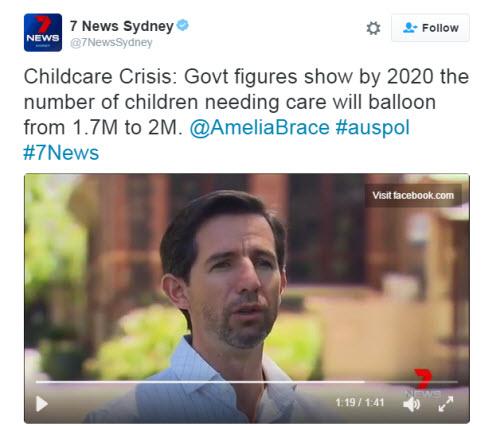 Seen any other MPs with holiday beards? Drop us a line.

Pyne on a pier. Speaking of pollies on holiday, Defence Industry Minister Christopher Pyne has been posting a number of photos of his well-earned break on social media, including this one, where he seems to be questioning the benefits of fishing. “People do this to relax?” asks Pyne as he throws a line over the side of a jetty in Robe, South Australia. There’s no photo of the fruits of his labour though; maybe he’s more the kiss-them-and-throw-them-back type? 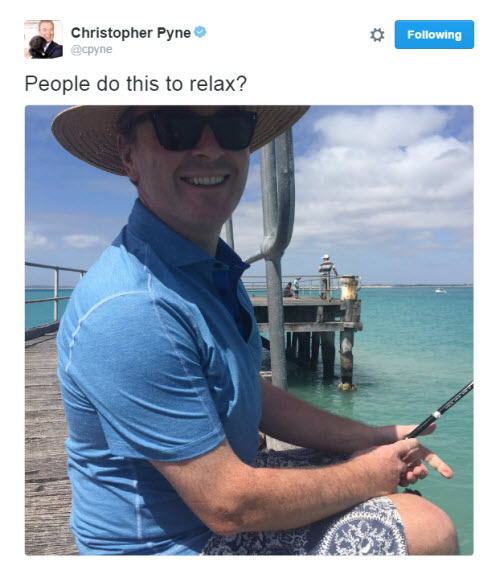 Life after politics. In what is a very popular post-politics career choice, former Liberal member for Herbert Ewen Jones has started his own advisory firm, called All Points North Advisory. Reported by the Townsville Bulletin just before Christmas, the business will focus on benefits brought to north Queensland and Townsville through major projects.