ACL boss Lyle Shelton believes, despite evidence otherwise, that a van explosion at his Canberra office was politically motivated.

So keen to play the martyr, the Australian Christian Lobby’s managing director Lyle Shelton has refused to believe that LGBTI people or “the extreme left” were not responsible for damage to ACL headquarters yesterday.

It was hard not to sympathise for a clearly distraught Shelton surveying the damage to the Deakin headquarters of the ACL yesterday. The blast from the van that was parked (not rammed in to the building, as was suggested) in the ACL’s car park smashed out windows on two floors and burned much of the car park and the front of the building. Thankfully, the incident was very late at night, and most of the ACL’s small team of staff — including Shelton — were on Christmas holidays.

He was right to say that violence is not the Australian way to respond to debate, and few progressives were wishing anything but safety for Shelton and his staff, even after a year of the group campaigning strongly against the anti-bullying program Safe Schools, making fictitious claims about men invading women’s bathrooms, and demanding the government proceed with what would have been a ferocious public debate on the issue of same-sex marriage.

ACT police didn’t make a statement on the incident until late morning, by which time Shelton had already been on numerous TV and radio stations and had held a press conference during which — while being careful not to directly blame anyone — he put the incident in the “context” of the lobby group receiving threats over the past year because of the group’s campaigning. He is used to seeking the spotlight, so it is unsurprising when given the opportunity he would front the media as much as possible.

Nor is it unrealistic for him to put the incident in the context of previous harassment the group has received — though it should be noted that there have been similar death threats from people on his side of the argument against Safe Schools staff. But he first overstepped the mark when he suggested the language used by certain politicians such as Greens MP Adam Bandt in describing the ACL as a hate group or bigots might have encouraged someone to do something.

This is the same guy who spent the last year arguing the marriage equality plebiscite would have been a fine debate to have. It would be a “respectful debate”, he constantly claimed, in opposition to the warnings LGBTI people — on the front line of abuse — that the debate would just encourage people to be hateful. Is Shelton suddenly having second thoughts?

When the police finally made a statement, they unequivocally said that the incident was not “politically, religious, or ideologically motivated”. While detail was scant, it was definitive. They made this statement after speaking to the 35-year-old man driving the van, who managed to walk four kilometres, suffering from burns, to Canberra Hospital.  While no detail has been provided about motive, that the police are so confident to say that so early on in the investigation suggests the identity of the man may give clues as to his true motivation. Or it could be related to another similar incident in the ACT earlier this week.

We will know more soon enough, if for no other reason than charges will likely be laid and the matter will end up before the courts. Overnight the man was transferred from Canberra to a hospital in Sydney for further treatment.

But in the meantime, it seems we can’t let the facts get in the way of a good martyring. We are now in the odd situation where progressives are fairly confident in the police statements, while conservatives such as Shelton and Miranda Devine are sceptical of the police.

“There’s a whole bunch of things that just don’t add up. I certainly hope the police are right, but it just seems like too much of a coincidence that this van would find its way here in a very obscure location” Shelton told Fairfax. So keen he is to believe in something, he ignores all the evidence to suggest otherwise.

“Not sure how ACT Police have ‘established’ the driver was ‘not politically, religiously or ideologically motivated’,” Devine tweeted.

By talking to him, maybe?

We shouldn’t be surprised. Both Devine and the ACL been caught out lying or misleading many, many times when it comes to same-sex parenting, marriage or making claims about the Safe Schools program that were just outright incorrect. Shelton — while on the one hand complaining about the language “extreme left” (as though it exists in our Parliament) politicians use to accurately describe the ACL — also refused to apologise for his own incendiary language, comparing same-sex marriage to the Nazis, and claiming gay parents were about to create a stolen generation.

Many LGBTI community leaders rightly condemned incident early on, and they continue to be cast as potential suspects or provocateurs by an indignant Shelton. As the ACL rebuilds in the new year, we hope Shelton is big enough to apologise to LGBTI people and their political allies for again blaming them for something they didn’t, by all accounts, do.

And we hope — if this incident truly had nothing to do with the ACL’s lobbying, and we hope it did not — if nothing else it might cause a bit of self-reflection for Shelton that his words have impact too. 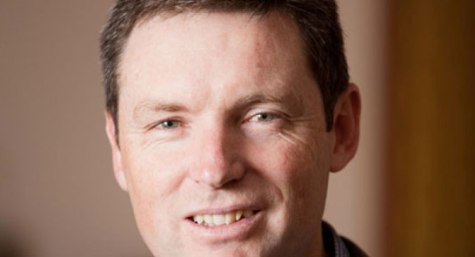 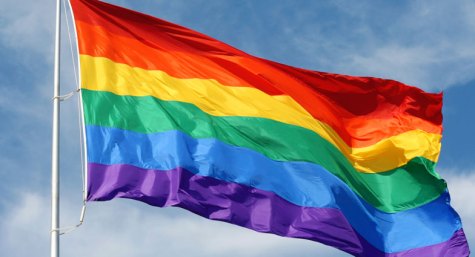 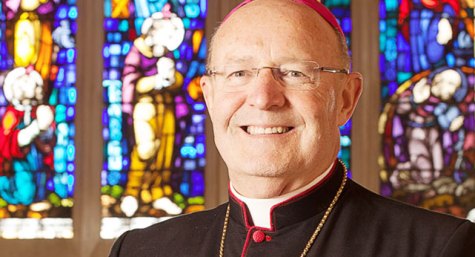 Very fair and reasonable account of ACL leader’s reaction. By contrast Lyle Shelton’s hysterical, scapegoating response rings alarm bells. A dangerously well-funded bigot, the anti-marriage equality jihadist and right wing extremist Lyle Shelton promotes discrimination and division based on fear and ignorance. It’s always been clear that he is eager to sabotage any sign of progress towards a fair, tolerant and equal society. Now it is clear that he also suffers a persecution complex. Aided and abetted by Devine.

“So keen he is to believe in something, he ignores all the evidence to suggest otherwise.”
I see what you did, there.

I don’t think he pinpointed any particular issue or group, did he?

If he wants to follow his leader and be a Christian martyr, then let us crucify him. I think I may have forgotten more about being a Christian than this bloke will ever know.

Some religious devotees feel holier when wearing their hair shirt.

Ah, The Life of Lyle :-
Lyle : [in a prison cell with Ben who is hanging from chains] “Oh lay off, I’ve had a hard time!”
Ben the Prisoner: “You’ve had a hard time? I’ve been here five years, they only hung me the right way up yesterday.”?