A look back on 2016's most surprising new subculture, by Crikey intern Tamsin Rose.

This year we lost Prince, Bowie and Vine, lost Snape and Hans Gruber, both at the same time! But it wasn’t all take, there was also some give; ’16 gave us Trump, that crotch-grabbing spiv. And his legions of hate, those masses of white, lady-baiting trolls, the so-called “alt-right”. They coined many new phrases, often scary and mean, so come, let us guide you, through 2016.

A is for Alt-right, or alternative right. They gave BAU politics an almighty fright. Extreme in their ways, with reactionary views, they collude with bad dudes in Hitler tattoos. Though perhaps, themselves, not strictly neo-Nazi, they are mostly white men on Twitter being nasty.

B is for Brexiteers, who want the EU to burn. They campaigned the UK towards a nationalistic return. Brexit was successful and the atmosphere changed, but those in Scotland felt severely short-changed.

D is for Deplorables, a basket voting for Trump. Clinton ragged on his base but it caused little slump. The verb deplorable means deserving condemnation but as a noun it helped rally supporters across the nation.

E is for Election, many been and gone. This year Trump won, as Clinton looked on.

F is for Frog, face of the alt-right. Pepe’s creator, saddened by this plight. This past election he was the symbol for trolls, and internet revellers in alt-right meme holes.

G is for Glass cliff, a steep face to climb. Women scaling to power, only when men are in a bind. They take up the task but are set up for loss, then used as a precedent, for men to stay boss.

H is for Health-er, foretelling Hillary’s near death. They revel in theories of Clinton’s last breath.

I is for Isolationists, who crave alone time. They think less engagement in world matters would make their country prime. No want to interfere in foreign affairs, isolationists think globalisation is cause for despair.

J is for Jazzhand McFeels, of Fash the Nation, an internet podcast of alt-right persuasion. He champions Pepe as his online image and often takes to Reddit, the front page of scrimmage.

K is for KKK, the original crew. Racism, hatred and white supremacy brew. When the Klan saw Trump was to become America’s head: “there’s renewed hope that globalism is finally dead.”

L is for Locker-room talk, rhetoric from the president-elect. He bragged of sexual assault, going unchecked. He said sorry for his words, then made up with his wife, but despite the vulgarity, it caused little strife.

M is for Masculinist, an advocate for men’s rights. He highlights men’s issues and their myriad plights.

N is for Neo-nazi, around since Hitler’s decline. They borrow symbols and features of the Third Reich’s war crimes. Holocaust denial and a hatred of Jews, homophobia and racism, all part of their views.

O is for Oligarchy, governance by a few. As American wealth and power consolidate, some say this is the United States’ inevitable fate.

P is for Post-truth, the death of the fact. It explains current politics, where truths don’t mean jack. Politicians choose figures that work for their cause, and fake news articles get Facebook applause.

Q is for Queen, Tila Tequila of “Alt-reich”. Once popular on Myspace and reality TV, Eurasian Tequila named herself an Aryan beauty. She brings diversity to the alt-right as a confusing addition, the group famous for speaking of ethnic abolition.

R is for Racists, who believe skin colour is all. They feel superior for being white and will multiculturalism to fall.

S is for Social Justice Warrior, the anti-alt-right. They campaign on social media and get swamped by black knights. They stand up for the poor, cold and bereft, but internet trolls think they’re plain loopy left.

T is for Twitter and their alt-right purge. After complaints of hate speech, they acted out a censorship urge. Twitter suspended the accounts of lots of alt-rights and many saw it as a violation of their rights.

U is for The Unz Review, an alt-right alternative to mainstream media views. They critique the US through a conservative lens, and say some ethnicities need a good cleanse.

V is for vice-president-elect, a man named Mike Pence. A devout catholic from Indiana who will help Trump’s wall … or fence.

W is for White Genocide, exactly how it sounds. It’s the belief that whites are on the way down, as multiculturalism and diversity force them brown. Blacks and Latinos are apparently rife, and mixed-raced families are out-breeding whites.

X is for Xenophobia, a prejudice against people from other nations. The sentiment is rising and formed Trump’s policy foundations. Building the wall and stopping Muslim migration, each of these tactics for bold discrimination.

Y is for Milo Yiannopoulos, now banned from Twitter. He’s a journalist and editor who turned rather bitter. He hates many things and expresses his views, on whatever platform will brook his abuse.

Z is for Zionism, allegiance to the Jewish state. But also to world dominance, if you believe the clickbait. 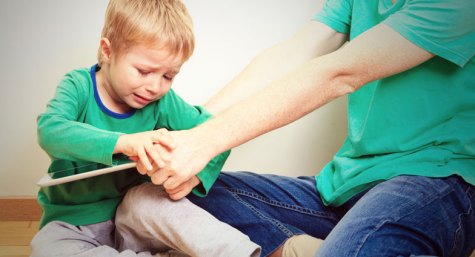 I think R is actually Russia who funded Farage among others.

One correction: “deplorable” is an adjective, not a verb.

AR
Reply to  The Cleaning Lady

Also try “adulterous” rather than ‘adulterating’.

I know it’s Xmas, but this is inane!

I was about half way through before I picked that you had actually used rhyme through every section…. that made a couple of grating grammatical errors much more forgivable. Quite an effort.

Seconding that deplorable is not a verb.

Nice attempt at Longfellow’s ‘Hiawatha’ metre but it came off more like “On the Good Ship Gitchygeemus”.